After the end of World War Two, soldiers were coming home to return to their normal lives. For some, this meant starting or returning to college to receive an education. The G.I. Bill was established after the Second World War to help aid those men who did want to go to college. At Muskingum College, housing was provided for these soldiers. Trailers were provided by Muskingum College and they received money from the G.I. Bill. It was common for soldiers living on campus to have their wives and children live with them in their trailer. The people living in the trailers became their own community within Muskingum College. The group of trailers became known as “The Trailwood Heights.” They even began to hold elections for mayor, council and other positions within the community. They also held social events such as dances, cookouts, and charity events. The Trailwood Heights is an interesting time in the history of Muskingum College that is fascinating to look back on.

Photo of married students with their children. Within the Trailwood Estates community, they would have officers elected to positions. These positions and the importance of leadership made it feel even more like a community to its members. 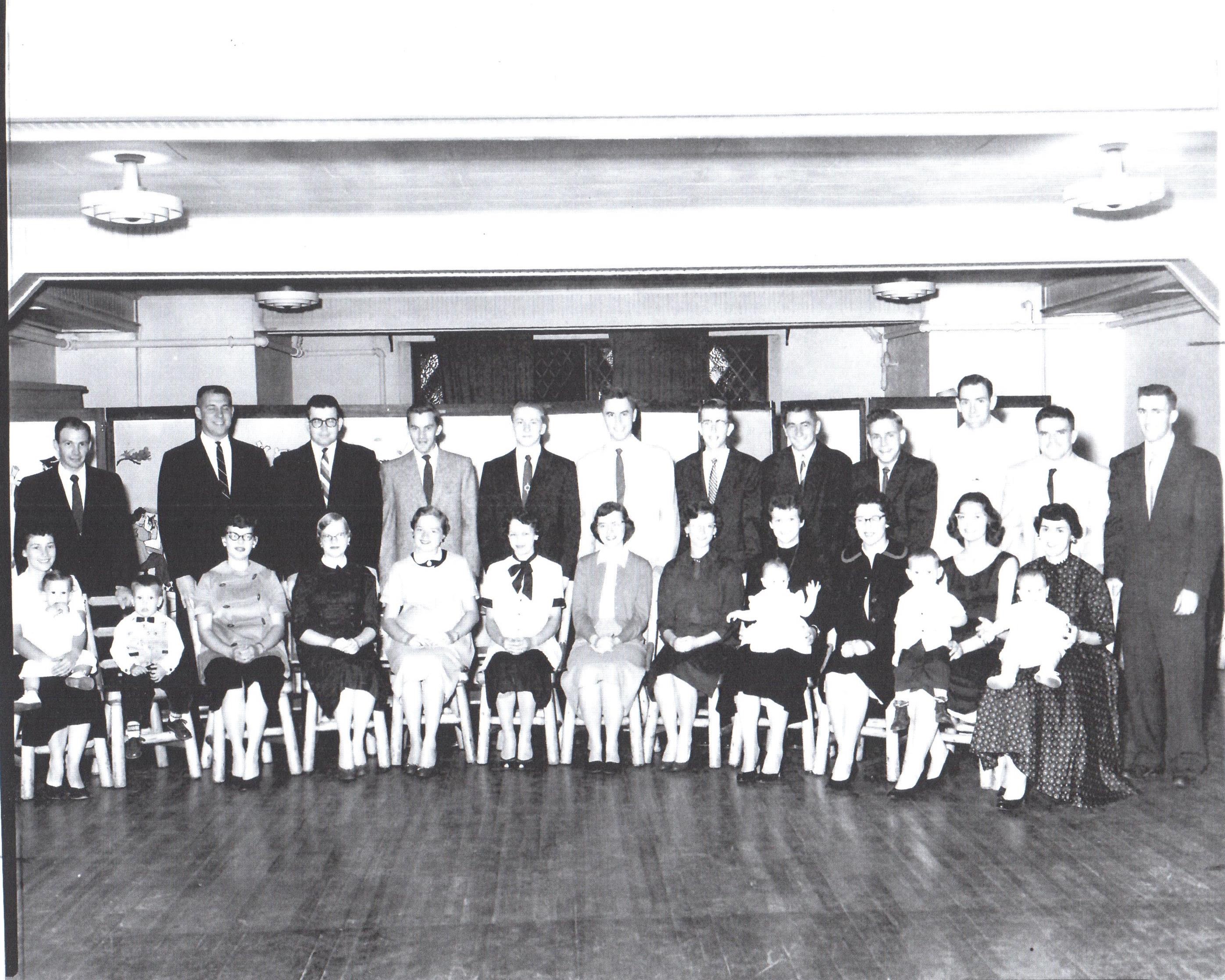 Another image of married students who lived on campus with their children. This group of veterans, spouses and children held monthly get togethers. Some of these get togethers include cookout, and social dances. 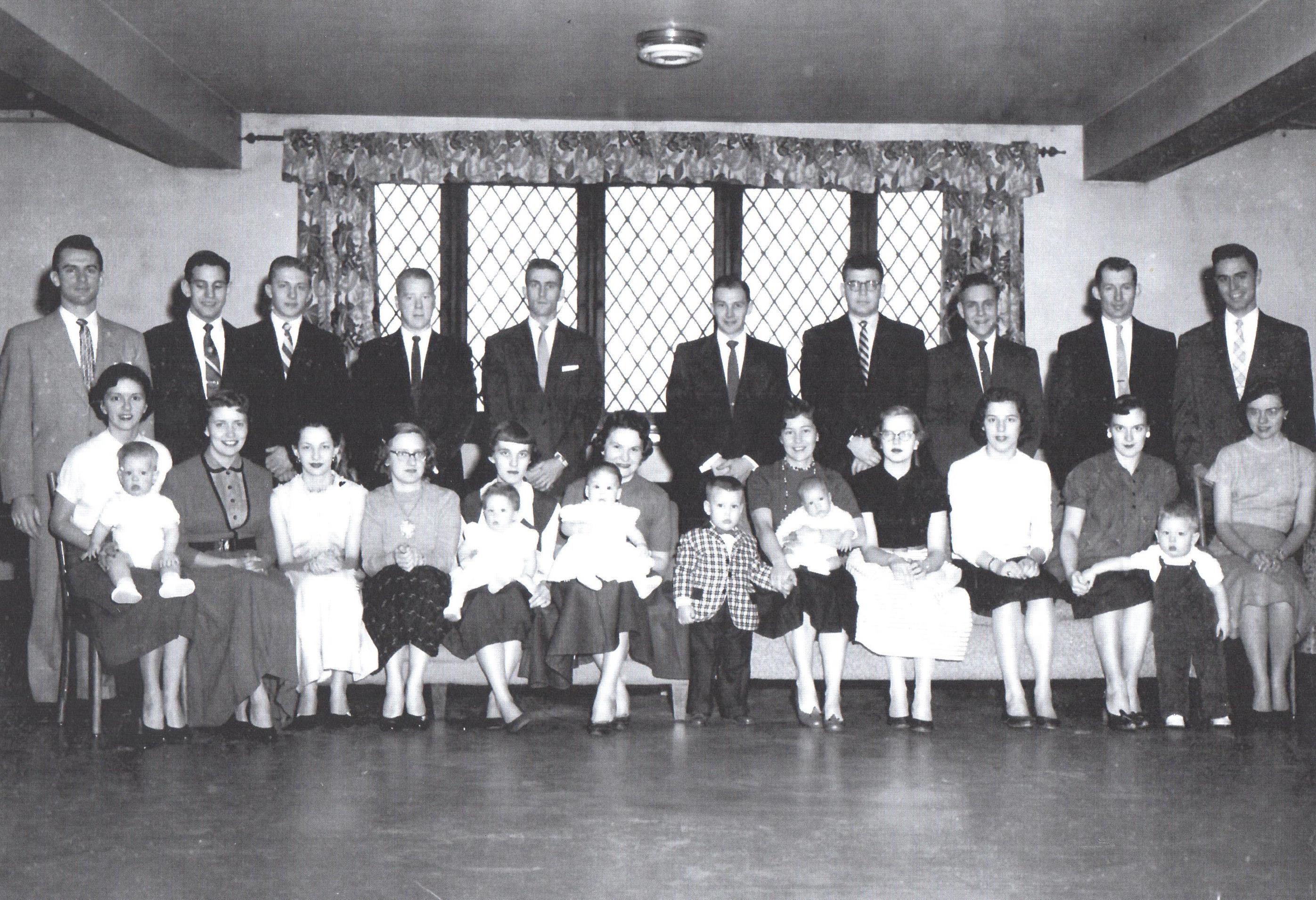 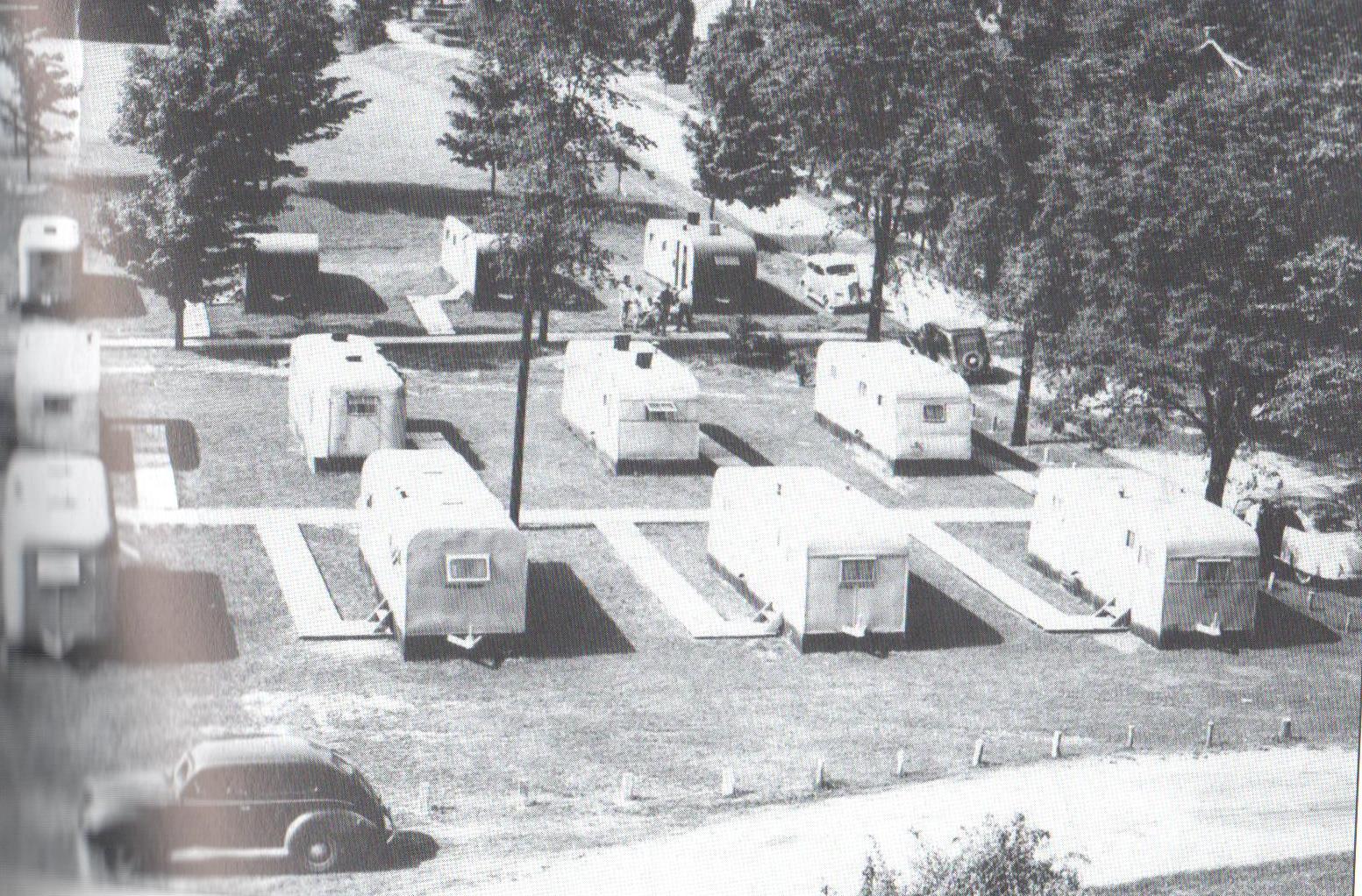 The Trailwood Estates is a unique part of history at Muskingum College. It began after the Second World War, after the soldiers returned home from the battlefield. Once the soldiers returned home, several wanted to come back to college to continue their education. This prompted the United States government to enact the G.I. Bill. The bill was created by the government to aid soldiers who wanted to resume, or start obtaining their education. Muskingum College provided trailers for the veteran students who attended after the war. There were approximately 16 trailers that were given to veterans to live in while they studied at Muskingum College. Similar to the brotherhood connection soldiers have, Trailwood Estates became its own community within Muskingum College. Some that lived in the trailers had spouses that lived with them making the group feel more like a community within the college. In some cases, couples had children that also lived with them in the on-campus trailers. Trailwood Heights truly recognized themselves as a community. They even held elections for different leadership positions within the estates. Officer positions such as mayor,  secretary, treasurer, and council members were created to represent Trailwood Estates within the entire Muskingum College community. Along with officer positions, the community also held events, such as dances, and cook outs. They would try to hold some kind of social gathering every month. The leaders of the Trailwood Estates wanted to interact with everyone, even those that did not live in the trailers. When they would host events, such as a cookout or dinner, it was posted in the Black and Magenta. The Black and Magenta was the newspaper that was available to the entire student population of Muskingum College.These activities outreached into the community so that they could interact with the regular population of students. These students at trailwood estates would not have fit in with the majority of students at the college. They would not have the typical life of a college student. So, living within the Trailwood Estates community gives them a group of people who understand the struggles that they all face. Even though the trailers were owned by the college and classified as on campus housing, the Trailwood estates was its own community.
Many articles about aspects of life at the Trailwood Estates can be found in the Black and Magenta newspaper. One article titled “’Trailer Wives’ Make Happy Homes Despite Hardships” talks about the struggles the trailer wives faced. The article was published in the Black and Magenta on Tuesday, November 5th, 1946. The wives had to transform the “small ‘blocky’ trailers into roomy, comfortable living quarters.” Along with trying to make the trailers homely, the trailer wives and their husbands faced financial trouble. The checks that they received from the government failed to arrive promptly. This created a stress on the families to meet ends with the high cost of goods. The article also talks about the living conditions. The Trailer camp number 2 lacked “telephone facilities and adequate amounts of hot water for washing clothes.” Articles like this one showed the differences between those living in the Trailwood Estates and those living in the dormitories. Other students that lived on-campus would not have to worry about these issues with living in dormitories. This illustrates the sense of responsibility that they had compared to a typical college student, especially since many veterans had their spouses and children living with them.