Listed on the National Register of Historic Places, the Luzerne County Courthouse is a fine example of Classical Revival architecture. As such, it is one of the city's more prominent and important landmarks. It was designed by architect Frederick John Osterling and built in 1909 after four years of construction. Its most prominent features are its large main dome and the four smaller domes. The main dome is 53 feet wide, the base of which is 100 above the courthouse floor. A virtual tour of the building (see link below) is available to see it up close.

The courthouse was built in 1909 and is an excellent example of Classical Revival architecture. 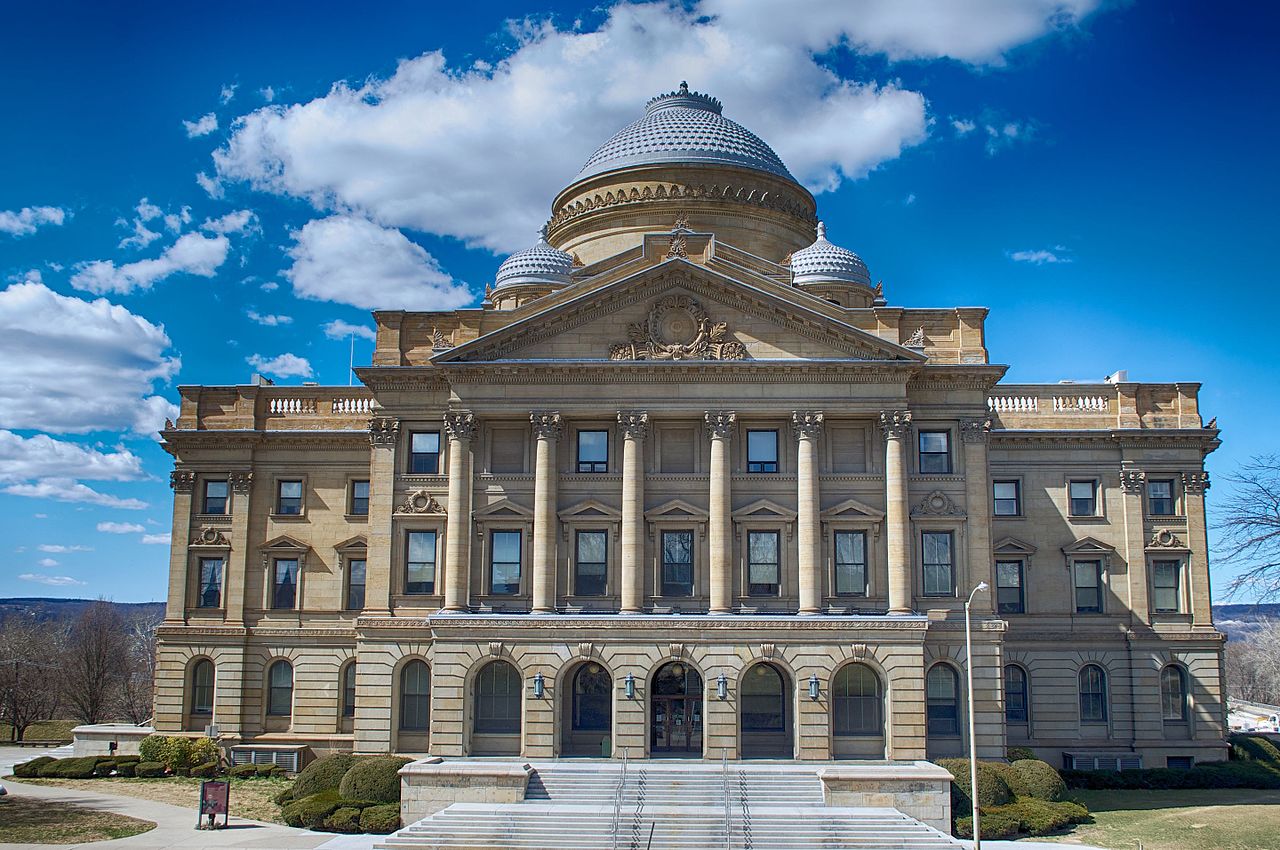 The dome is 53 feet in diameter. 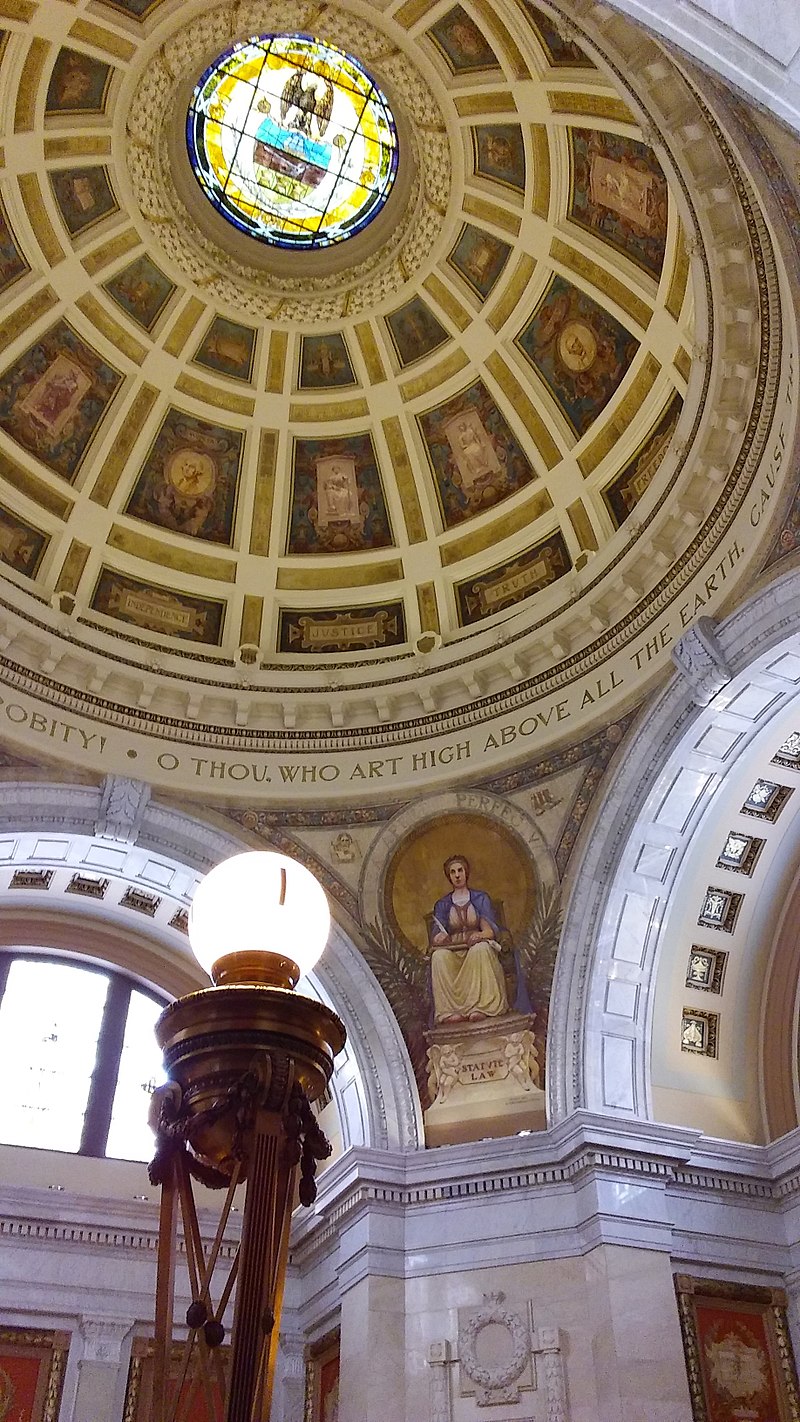 Aerial view of the courthouse and the city. 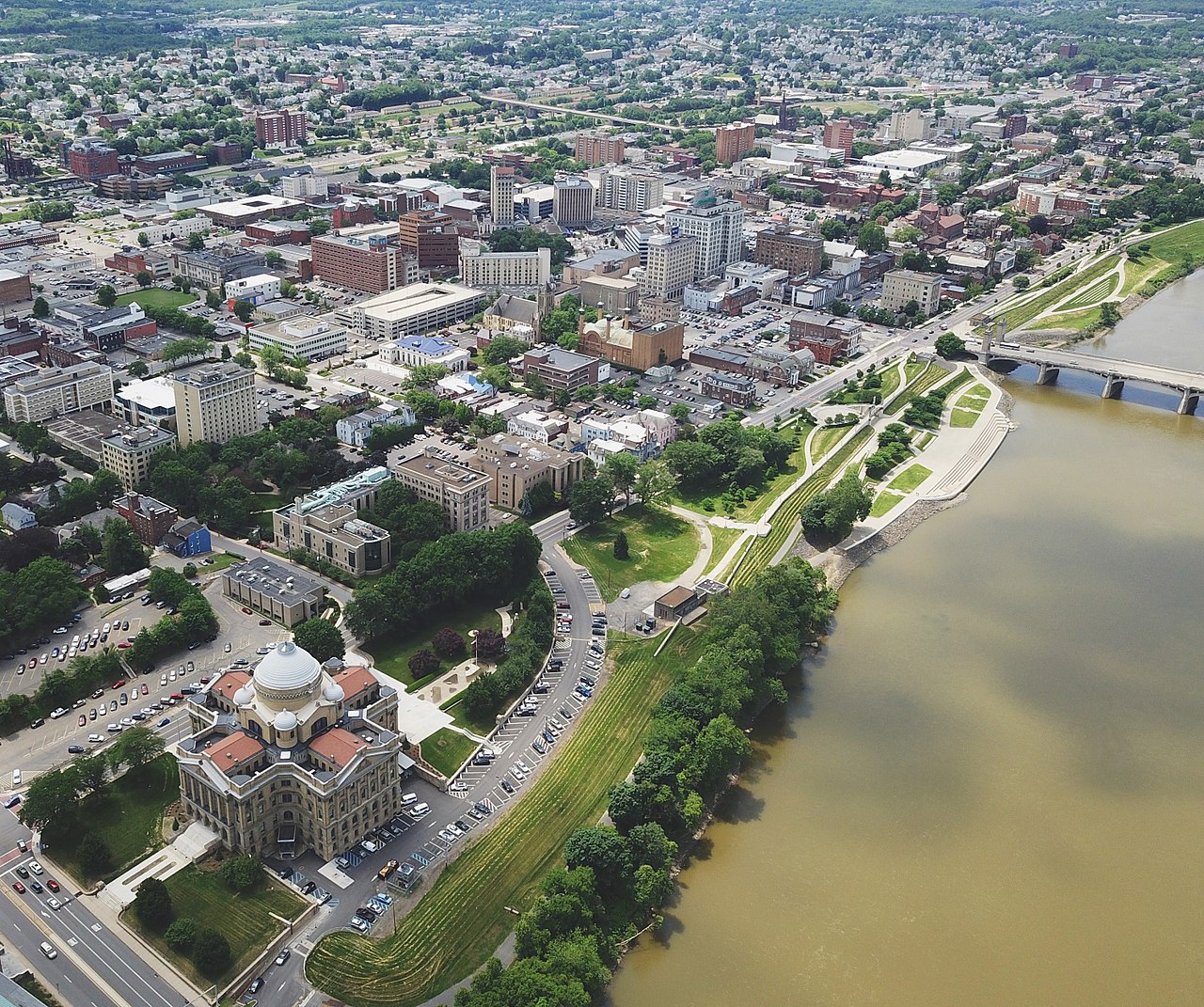 This courthouse is the fourth to be built for the county. The first one was a simple log building constructed in 1789; the second was built in 1801in the Georgian style; and the third was erected in 1856. Calls for a new one began in the 1890s as the population was growing. Like other capitol and government buildings constructed during this period, the Luzerne Courthouse's design was inspired by the 1893 World's Columbian Exposition in Chicago, whose buildings were designed in the Classical Revival style.