The Ramskeller is an on-campus pub at Colorado State University. The Ramskeller was established in 1968 shortly following the "beer-in", a protest by university students during a time in which they felt their rights were being infringed. Student body president Doug Phelps led the "beer-in", which consisted of student leaders drinking a beer in the Lory Student Center in a protest to make beer legal to serve on campus. The "beer-in" was a success, and the Ramskeller began serving beer for CSU students. Today, the Ramskeller features a brewery run by students in the Fermentation Sciences major. The brewing system is the largest at any four-year university in the country. The beers brewed in this local brewery will be served at the Ramskeller, beginning with the "Ale-umni", a golden ale in celebration of the Ramskeller's 50th anniversary.

The interior of the Ramskeller Pub in the Lory Student Center (1970?) 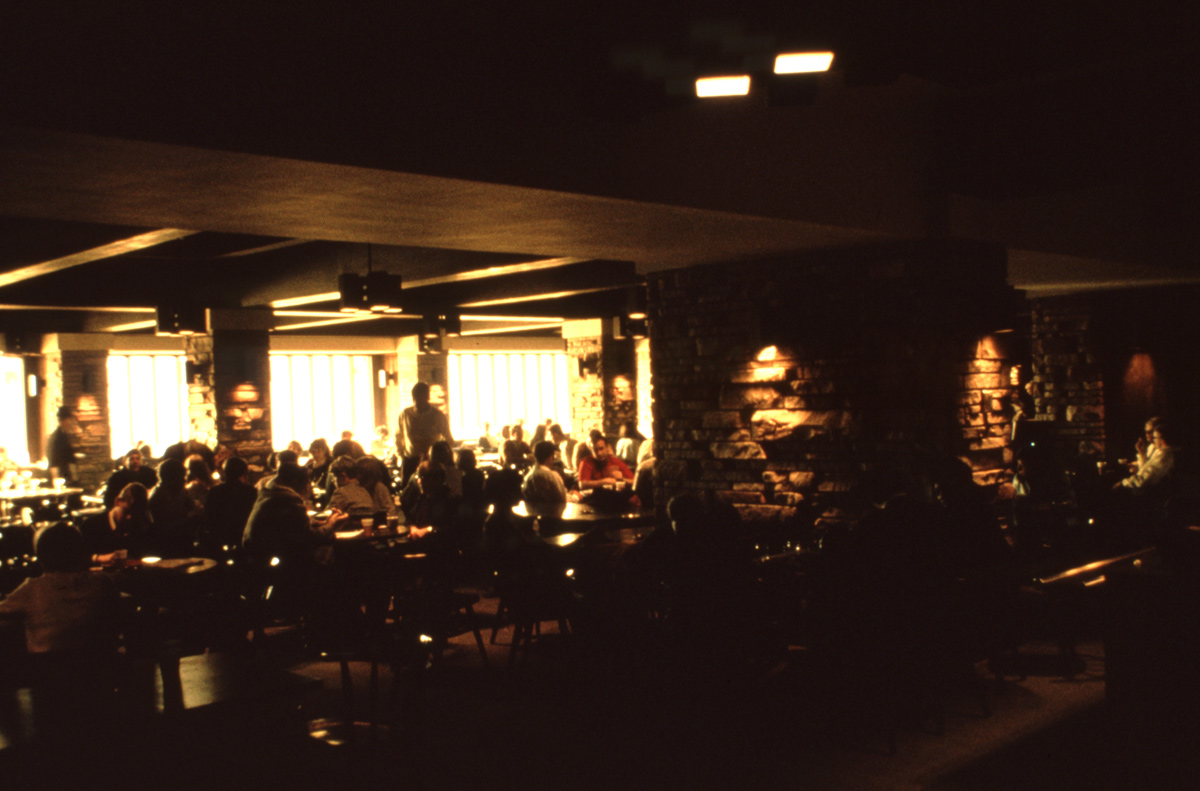