With its original section dating back to the early 19th century, the Old Lehigh County Courthouse has undergone numerous renovations and expansions over its 200-year history. The initial courthouse, which was modest in size, was completed in 1819. It was then remodeled and enlarged in 1864, again in 1881 and once again in 1916. The mismatched 1916 addition was initially meant to be the beginnings of an entirely new courthouse and spell doom for the older sections. However, a new courthouse was built near the old in 1965 and the Old Courthouse was spared. Today, the newer section is home to a branch of the County District Court while the older section houses local government offices such as that of the County Coroner. The Old Courthouse was added to the National Register of Historic Places in 1981.

The Old Lehigh County Courthouse's original section (middle) and the two wings which were added in 1864. 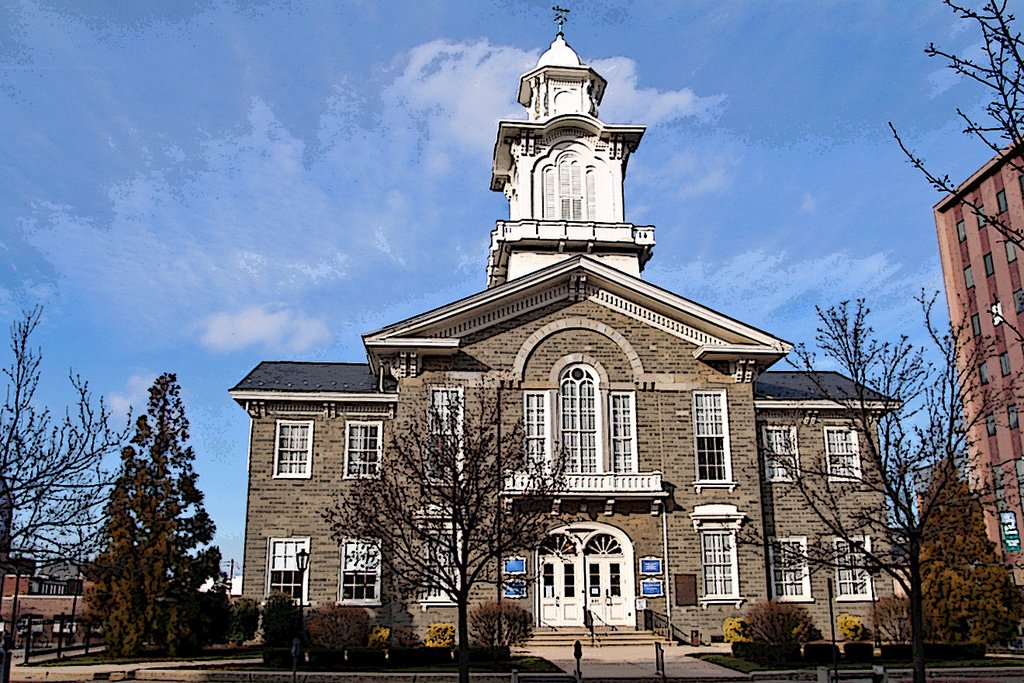 The Second Renaissance Revival wing that fronts Court St and was added in 1916. 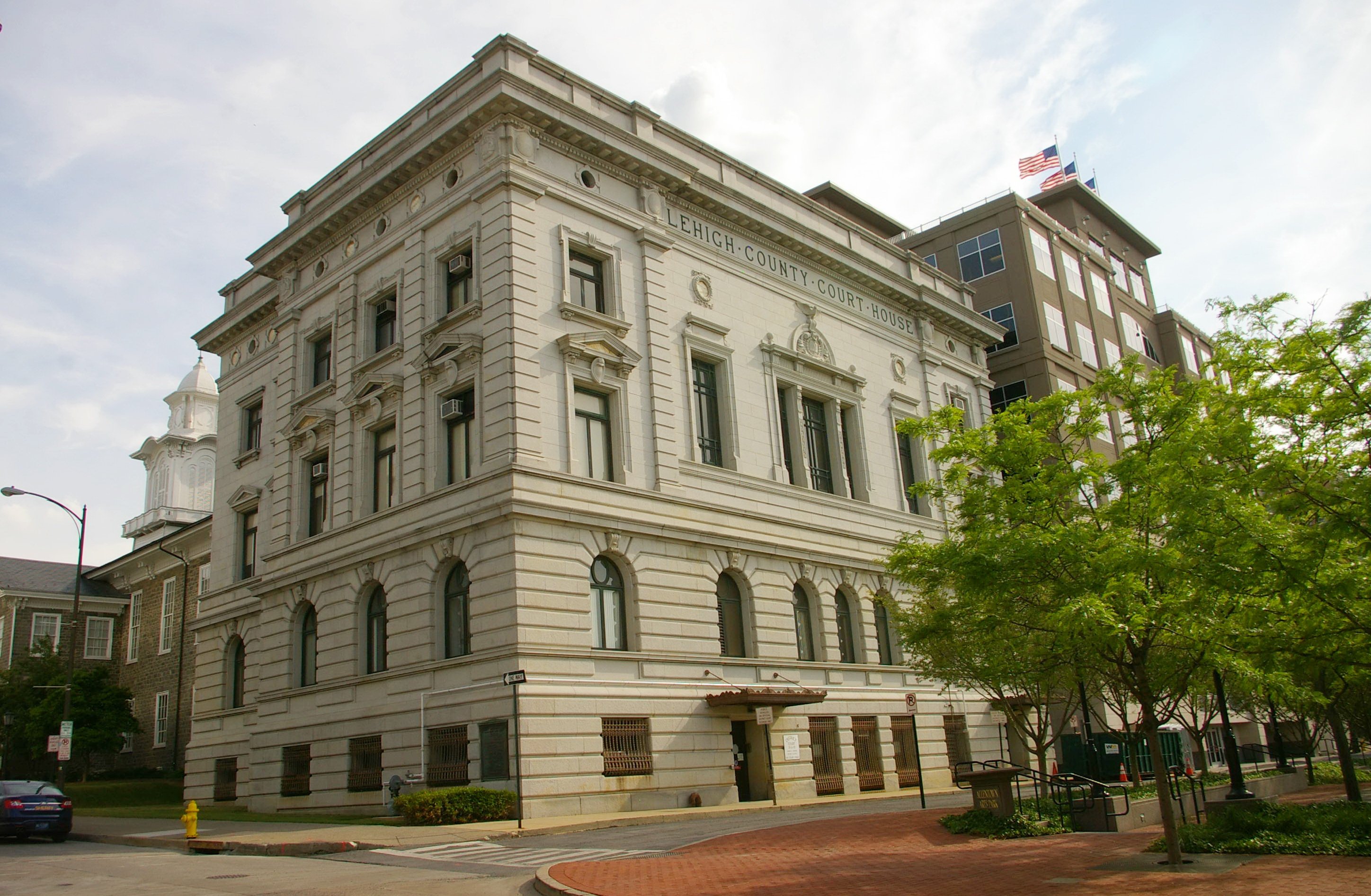 The ornate and church-like main courtroom within the Old Courthouse's original section. 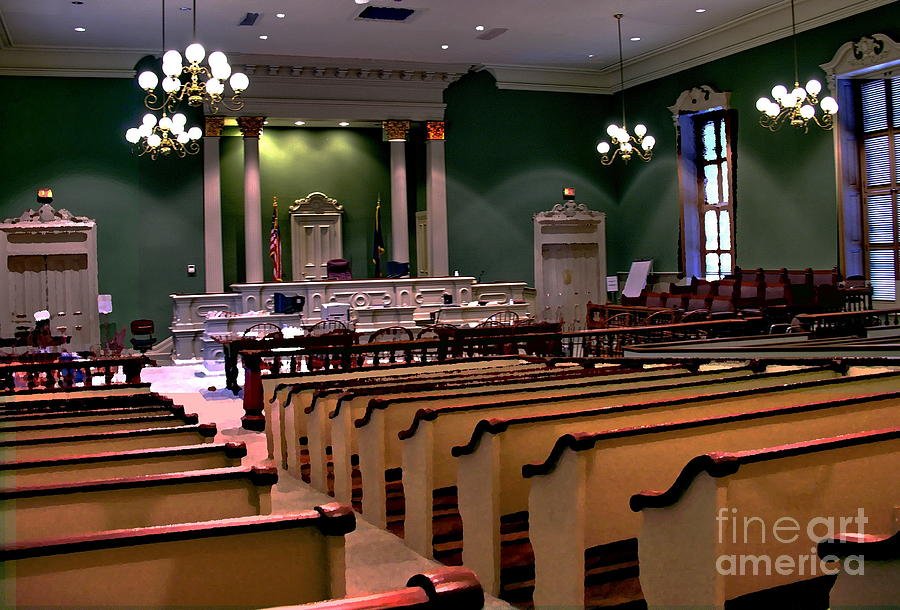 The 1916 section during construction. 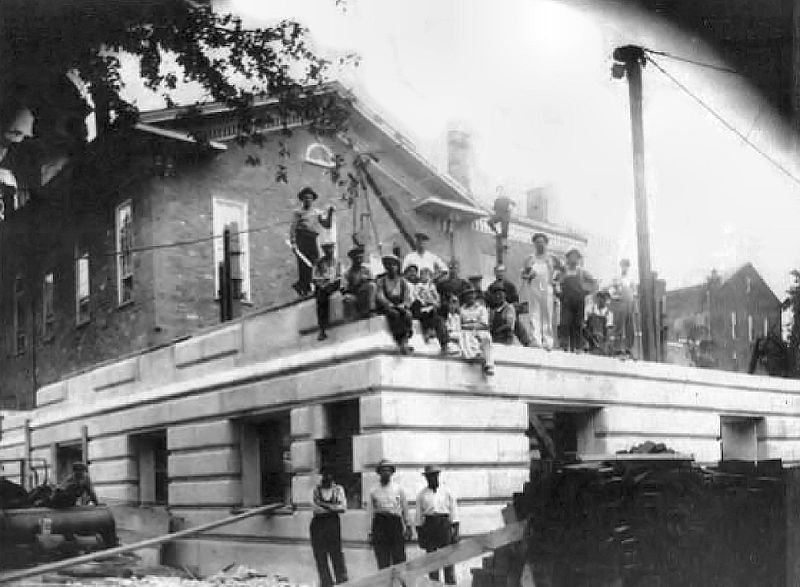 The Old Courthouse at night, surrounded by the modern buildings of Allentown. 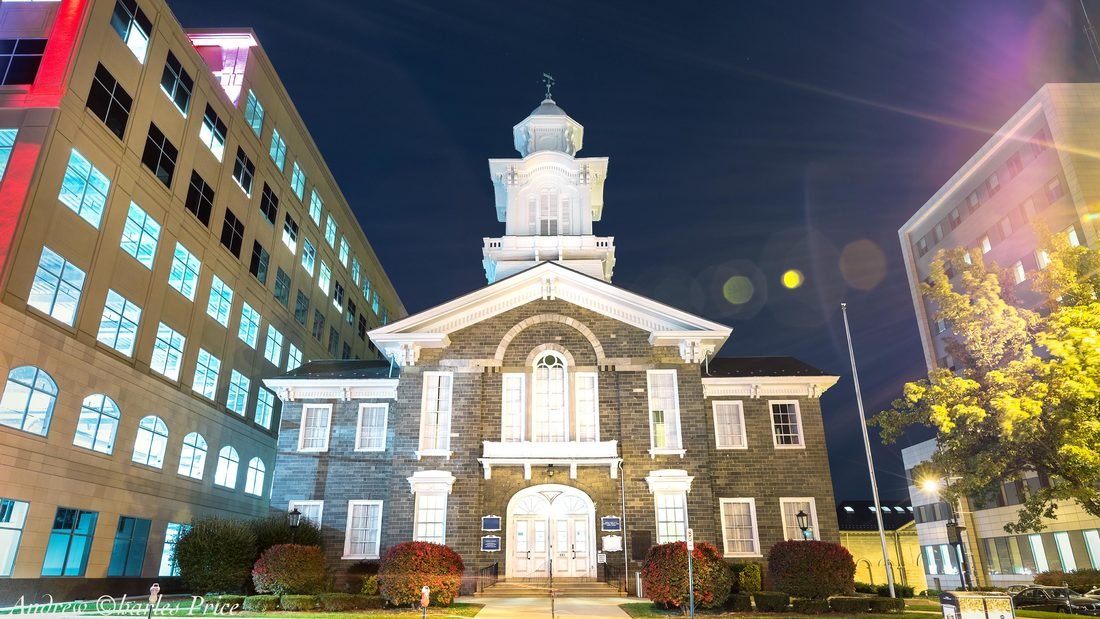 Soon after Allentown was founded, the local courts met above a local tavern and later at the newly built Lehigh County Prison.  Planning for a stand-alone courthouse began in 1812 on land donated by Ann Penn Allen Greenleaf, granddaughter of the town’s founder, William Allen, at the corner of Hamilton and 5th Streets.  The town fathers decided to model their courthouse after the one located in Williamsburg, which was demolished in 1860.  Construction on the limestone building began in 1814 and was completed in 1819.

The original building was modest in size, at only 90 feet x 60 feet.  It featured a hipped roof that was topped by a tall, narrow cupola unlike the large, wide version that sits atop its roof today.  It soon became a community gathering place, hosted Episcopal services in 1825 and a staging place for P.T. Barnum to “exhibit” little person, Tom Thumb, in 1844.  Its lone courtroom was located on the second floor and was dominated by a large Palladium window.

Forty years after its completion, it was evident that the town and county had outgrown the small courthouse and as the Civil War raged, plans for its expansion were made.  That expansion was completed in 1864 and gave the courthouse a Cruciform design.  The original interior was redesigned as well.  Two large curving staircases were added to the entrance hall that led to the courtroom foyer and two small probate courtrooms were added.  The main courtroom was remodeled with a church-like design with nave-like seating, a rear wooden balcony and an apse-like alcove behind the wooden judge’s bench that included fluted Corinthian columns and center doorway.  The old cupola was also removed and replaced with the larger version that still graces its roof.

In 1880-81 a smaller addition was built that housed its new, two-floor law library.  Then, prior to America’s entrance into World War I, plans were made to replace the Old Courthouse and those plans began with a modern, mismatched addition that faced Court Street.  After that Second Renaissance Revival addition was completed, the plan was to demolish the Old Courthouse and complete the new, modern version.  However, World War I delayed those plans.  Then, material costs and citizen’s aversion to a tax increase shelved those plans for good.

Thus, the Old Courthouse came to house county courts and government offices from 1817 through 1965 when the new courthouse was completed.  It was also home to the Lehigh County Museum, offices of the County Archivist and Museum Director as well as the library of the Lehigh County Historical Society from 1976-2004.  The 1916 addition still serves as a courthouse (County District Court 31-2-01) to this day and the 1864 courtroom has been used as an auditorium.