The Massachusetts Fallen Heroes Memorial is a 50-foot obelisk honoring those who have lost their lives in combat during the Global War on Terrorism. Unveiled in May 2016, it serves as a public space to remember and commemorate the brave men and women who have sacrificed their lives, but have unfortunately died, to ensure the freedom, protection, and safety of our nation. The obelisk is a five-sided diaphanous column, with each of the five sides representing a branch of service. The Memorial was created in 2010 by a group of veterans, police officers, firefighters, Gold Star Families, and citizens, who formed Massachusetts Fallen Heroes, a non-profit organization. 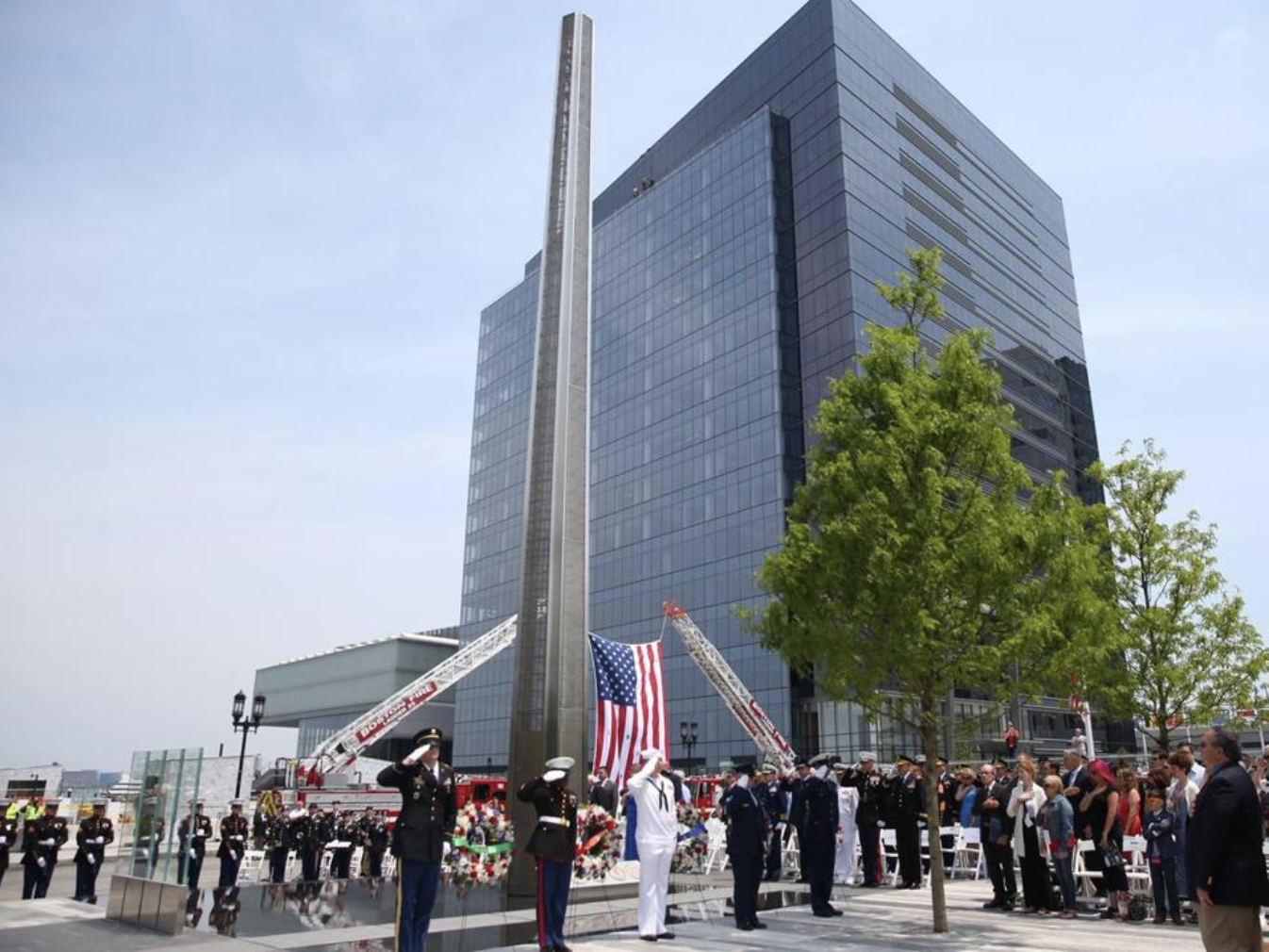 The Massachusetts Fallen Heroes Memorial was established in May 2016, to honor soldiers and other service members who were killed during their efforts in the Global War on Terrorism. The Memorial serves as a public area for reflection and remembrance for those who have lost their lives in the Global War on Terrorism since the infamous September 11, 2001 attacks. The Memorial is a space where the public can reflect and honor the brave men and women who have laid their lives down in line of combat, to ensure the freedom, protection, and safety of the United States. The organization responsible for the memorial efforts began in 2010, when a group of veterans, firefighters, police officers, Gold Star families, and citizens, decided to start the Massachusetts Fallen Heroes organization.

The creation of the memorial itself began in 2013, where James Carpenter, a world-renowned architect, teamed up with John Hynes, Hacin and Associates, and WS Development to design the memorial. The memorial is a 50 foot obelisk, and is also referred to as the Beacon of Honor.  The memorial has different effects during the day and night, as it will reflect and refract the waterfront’s changing light during the day, while the internal illumination can be seen from various points in Boston during the night. The obelisk is a five-sided diaphanous column, which each side of the column representing the different branches of service, including the Army, Air Force, Coast Guard, Marine Corps, and Navy. There are 272 names of Massachusetts Fallen Heroes listed in chronological order on glass panels. If the Heroes were killed in combat operations, their location of death was also included alongside their name.

The organization has also created the Memorial Grove, which is a collection of trees next to the obelisk. The Massachusetts Fallen Heroes official website states that

"The Memorial Grove stands in remembrance of our Veterans who have lost their lives to the invisible wounds of war and post-traumatic stress."2

The non-profit organization has created a memorial, the Veteran’s Edge program, and a network of support and programs for their Gold Star Family. Through their efforts, they strive to provide veterans and their families with assistance and guidance. With a community specifically geared towards veterans and fallen heroes, the organization looks to build on providing more for those who have done so much for the nation.