WLOG became the first radio station in Logan, West Virginia when it started its initial broadcast on Saturday, July 20, 1940. The station was assigned 1200 on the AM dial and operated out of a downtown studio as well as offices and transmission station that was located at Chesnut and Kanada. The station operated continuously until April 18, 1997. The WLOG call letters were later assigned to a religious radio station in Markleysburg, Pennsylvania. That station used the initials for “Lamb of God.”

WLOG operated from this hill overlooking the city of Logan 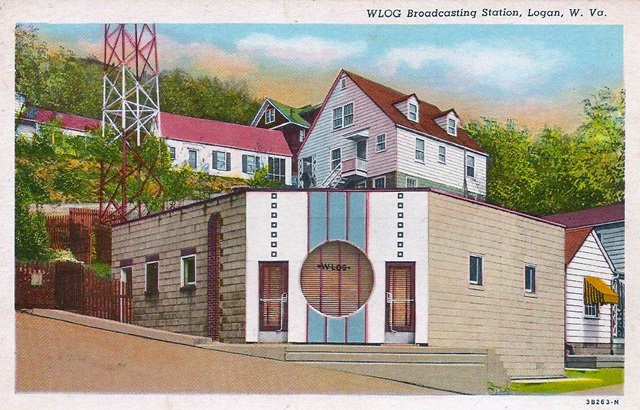 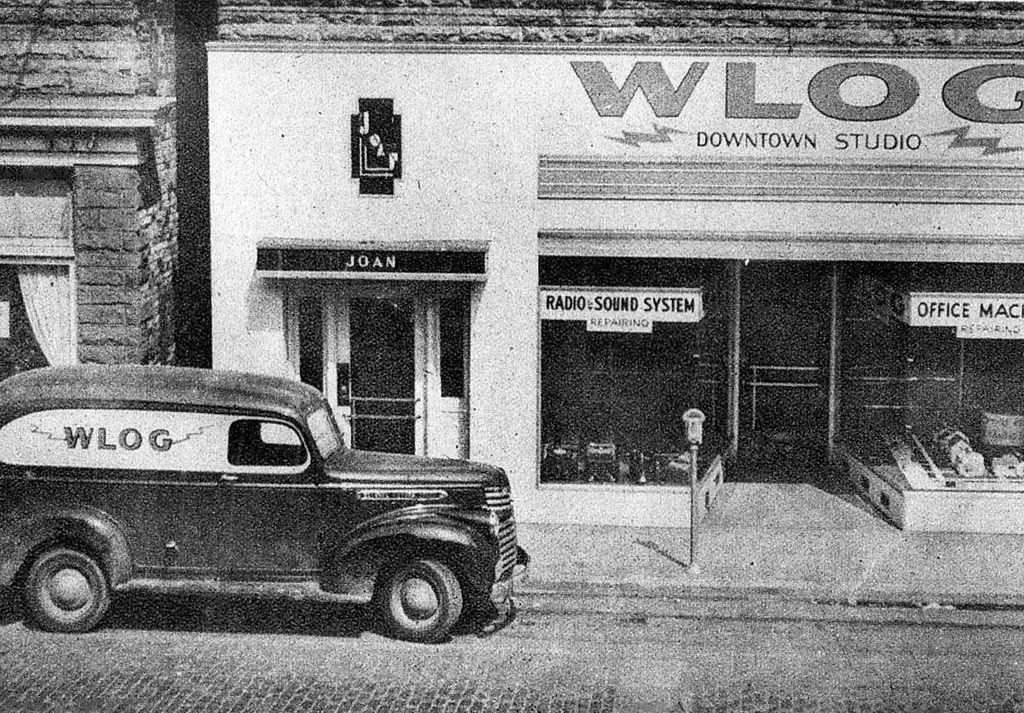 Logan, West Virginia, was incorporated in 1853. The town went through several name changes before finally settling on the name of Logan in 1907, in honor of Chief Logan of the Mingo Indian tribe. Previous names included “Islands of the Guyandot,” “Lawnsville,” and “Aracoma.” During the 1930s, members of the Logan business community discussed the possibility of applying for a license to operate a radio station. There were no radio stations in Logan at that time.  Clarence Frey, who was owner and publisher of the local newspaper, the Logan Banner, met with his friend, Robert Greever, who was a payroll clerk with Merrill Coal Company, to inquire about the possibility of a partnership to start a radio station.

Surveys were conducted in order to determine if it would be financially feasible to establish a radio station to serve the Logan area market. W.E. Henderson, a radio engineer from South Carolina, was hired to chart the prerequisites for creation of the radio station.  After all of the initial groundwork was completed, the results were sent to a law firm in Washington, D.C. to file the application with the Federal Communications Commission. The commission scheduled a hearing and subsequently approved the application to start construction of a tower. After receiving a construction permit for a 100 watts tower on January 25, 1940, a site was selected on a hill overlooking downtown Logan, and the tower was eventually erected. Night and day airtime tests were conducted to determine if WLOG was complying with its 1200 kilocycle authorization. On July 2, 1940, the Federal Communications Commission granted the license to permit the station to broadcast news, entertainment and advertise services in the general Logan area as a daytime operating station.

In December, 1940, another application was made to the Federal Communications Commission to modify the license to include nighttime operations which was granted. Thereafter, in April, 1941, another application was made and approved to permit the station to be assigned to 1230 kilocycle on the AM dial and to increase the power to 250 watts. During the early 1940’s, the station featured special programs such as the King Koal Show in which coal miners and other family members auditioned to be on the air. The best ones were selected and were broadcast on radio. Safety messages were usually aired as commercials that accompanied the broadcasts and the station continued to operate under the same ownership for another 20 years.

After the deaths of both Clarence Frey and Robert Greever in the early 1960’s, the radio station was sold to five local businessmen, one of whom was Bill Bailey.  Mr. Bailey soon purchased the interests of the other four owners and operated the station until April, 1985. Probably as a result of a downturn in business, the station was sold to Donco Corporation, and by 1987, was placed into receivership. Logan Bank and Trust Company was granted its application to purchase the license in July, 1988.  After several more sales, the license for WLOG was cancelled on April 18, 1997.