Built in 1868 by Sanford F. Conley House, this Italianate home has been well-preserved and is presently owned by the University of Missouri. In 1973, the home was added to the National Register of Historic Places owing to the rarity of extant homes that display the Italianate style from this time period in the region. Sanford Conley was also an influential businessman who owned a flour mill and dry goods store. He also served as one of the directors of the Exchange National Bank of Columbia.

The Conley House was constructed shortly after the Civil War and remained in the Conley family for over a century. 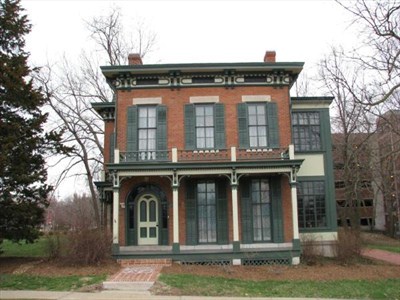 The property originally included five acres. Much of this land now forms the neighborhood on the southeast side of the University of Missouri campus. Stanford Conley's son inherited the property and lived in the home for decades. His wife survived him and lived here until the 1960s. The property then passed to her daughter, Mrs. C. B. Miller who owned the property in the early 1970s when it was added to the National Register of Historic Places.

Private residence, not open to the public