Como Bluff has been used by paleontologists since the late 1870s. Many discoveries found here are displayed at multiple museums. During the Great Depression, The Boylan family constructed a unique building made of dinosaur bones found at this location in an effort to attract attention to their gas station. Since then, the museum has closed and scheduled to move into downtown Medicine Bow, Wyoming.

This is a picture of the inside of the museum. 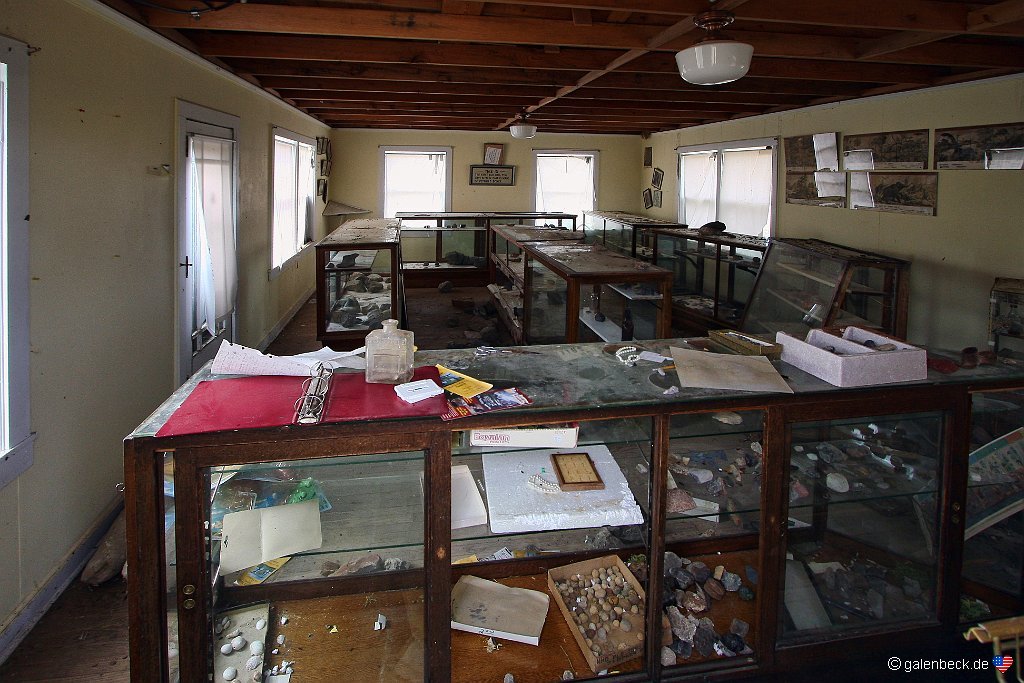 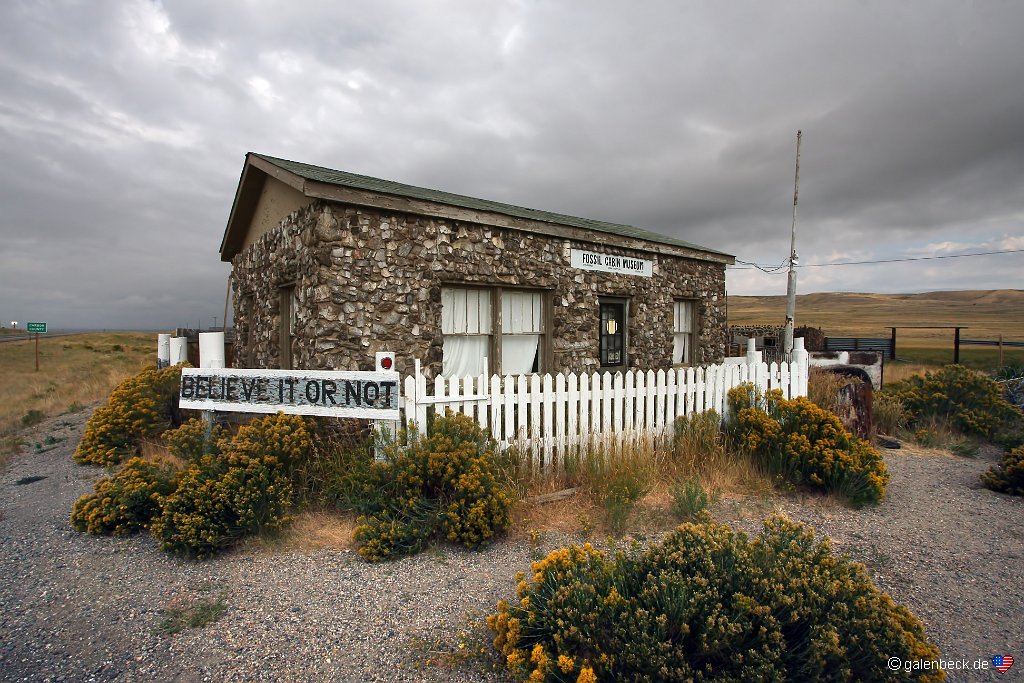 The Fossil Cabin Museum being recognized by Ripley's Believe It or Not. 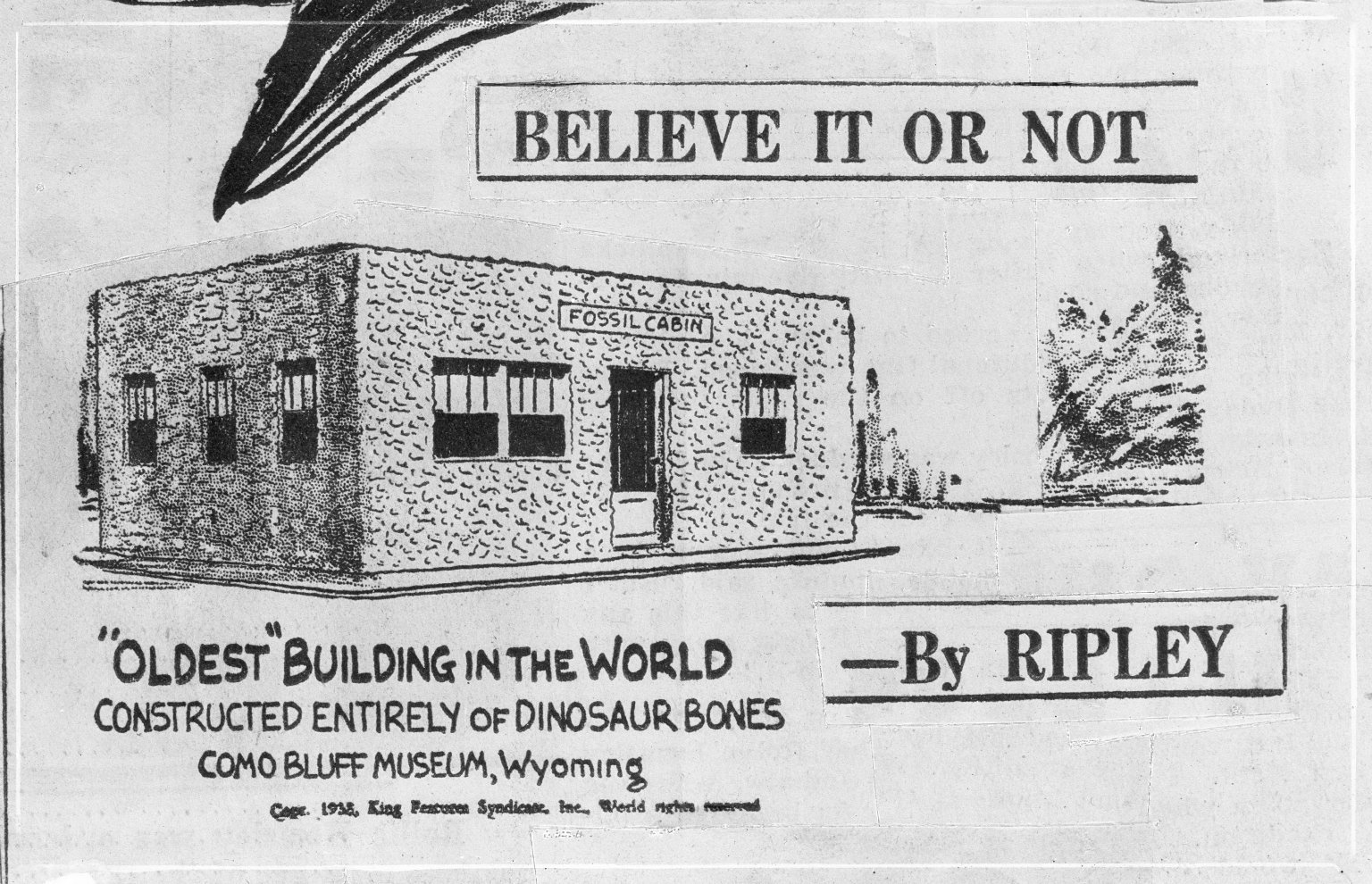 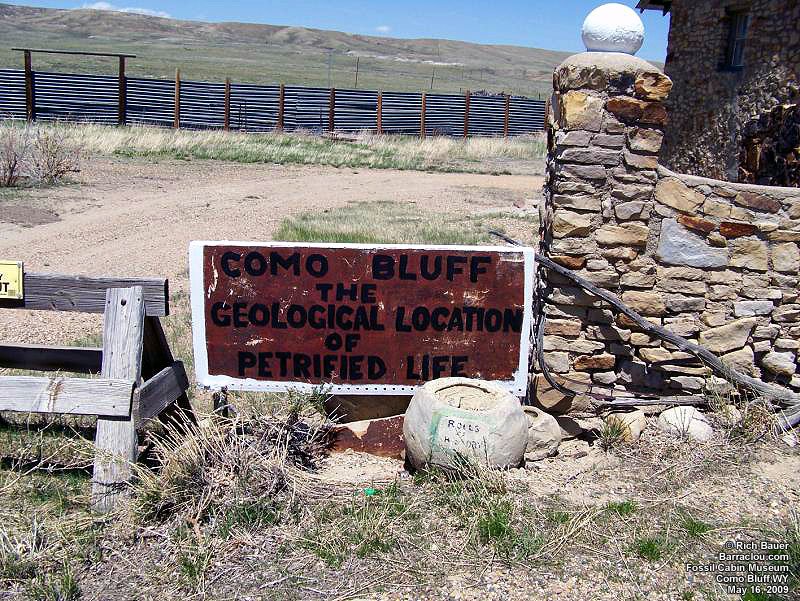 Como Bluff is in Medicine Bow, Wyoming. Paleontologists have been finding near-perfect dinosaur fossils at this location since the late 1870s. It was part of an anticline, but over time the middle of the anticline eroded away, leaving a south and north side, with Como Bluff being the south side and fossil-rich stone on the north side. Today, this area is normally dry and experiences wind, but during the Cretaceous and Jurassic time periods, the climate was extremely different. The climate was more wet, the land was flat, and average temperatures were warmer, the ideal climate for many different animals, dinosaurs being one of them.

The fossils found here were essential to the development of many different well-known museums. In the late 1870s and 1880s, paleontologists from Yale University and Philadelphia Academy of Natural Sciences discovered prehistoric animal bones including several different species of dinosaurs such as Allosaurus, Stegosaurus, Camarasaurus, Diplodocus, and Apatosaurus. Today, discoveries made at Como Bluff are displayed at Peabody Museum at Yale, the Smithsonian Institution’s National Museum of Natural History, and the American Museum of Natural History.

In an effort to draw attention to their gas station during the Great Depression, the Boylan family wanted to construct a dinosaur skeleton, but they did not have enough bones, so they decided to build a cabin out of 5,796 dinosaur bones that came from Como Bluff. The building was designed to be about the size of a Diplodocus and was completed around 1933.  The building was credited as the “Oldest Cabin in the World” in 1938. A sign in front of the building stating it is the "Oldest Cabin in the World" is on display, along with “Believe it or Not” and “Fossil Cabin” signs. The building was advertised as “the building that used to walk” on postcards as well. Thomas Boylan, father of the Boylan family, turned the cabin into a museum and took care of it until he died in 1947. His wife, Grace Boylan took over the family business. When traffic decreased on U.S. Highway 30 due to the construction of Interstate 80, the museum lost business. The museum was sold in 1974.

By 2011, the museum was closed to the public. Although the museum is closed, tourists can pose beside the museum for photos. The museum will not be staying at Como Bluff for long, as of August 2018, the museum has been given a grant for $20,000 to relocate to downtown Medicine Bow. Como Bluff is also closed to the general public and cannot be visited because it is still being occasionally used by Paleontologists.

Not available to the public