Constructed in 1929, Wilson Library is home to the North Carolina Collection, Rare Book Collection, Southern Folklife Collection, University Archives and Records Management Services, and Southern Historical Collection. The library has been expanded several times and its mission has changed over the years from serving as a general academic library to its present use as the home of librarians, archivists, historians, and curators who preserve collections and interpret the history of the university, the state, and the American South. Wilson Library also houses a conservation lab and a sound preservation lab. 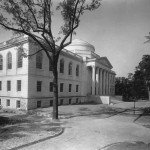 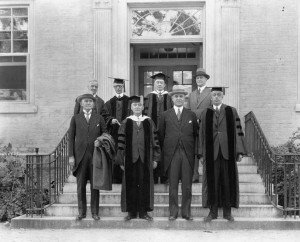 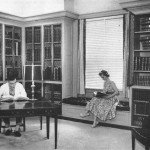 University of North Carolina library director Louis Round Wilson advocated for a new library during shortly after accepting his position at UNC in 1901. Wilson believed that a library is the heart of a university and worked to spread awareness of the centrality of the people and programs that might be better served by a new library. University president Harry Woodburn Chase agreed with Wilson and worked to convince the leaders of the school and the state that a new library would serve as a center for the intellectual life of the University of North Carolina.

In 1921, Wilson proposed the construction of this library which was projected to cost $1,000,000, a large sum at the time. Wilson Library was designed and built by architect Arthur Cleveland Nash and named in honor of Louis Round Wilson. In 1932, Wilson left UNC and became the dean of the library school at the University of Chicago.

Wilson Library underwent a renovation in 1952 to add two new wings and a stack expansion. Another stack expansion occurred in 1977. A renovation and restoration project occurred from 1984 to 1987 in order to expand the library for the special collections that are housed there today.