This Little Rock historical marker commemorates the life of Max Aronson, America's first cowboy movie star. Aronson was born at 713 Center Street, on March 21, 1880, to Esther and Harry Aronson, a Jewish dry goods salesman. Aronson took the stage name “Broncho Billy” and pioneered the role of a movie cowboy. He also helped create the Hollywood Western genre as an actor, cameraman, director, and producer. Aronson developed production techniques still in use today. He was awarded a special Oscar by the Academy of Motion Picture Arts and Sciences in 1958. The historic marker was erected in 2016 by First United Methodist Church, Niles Essanay Silent Film Museum, and the Jewish American Society for Historic Preservation.

Influential actor and director Gilbert Maxwell Aronson was born at this location in 1880. 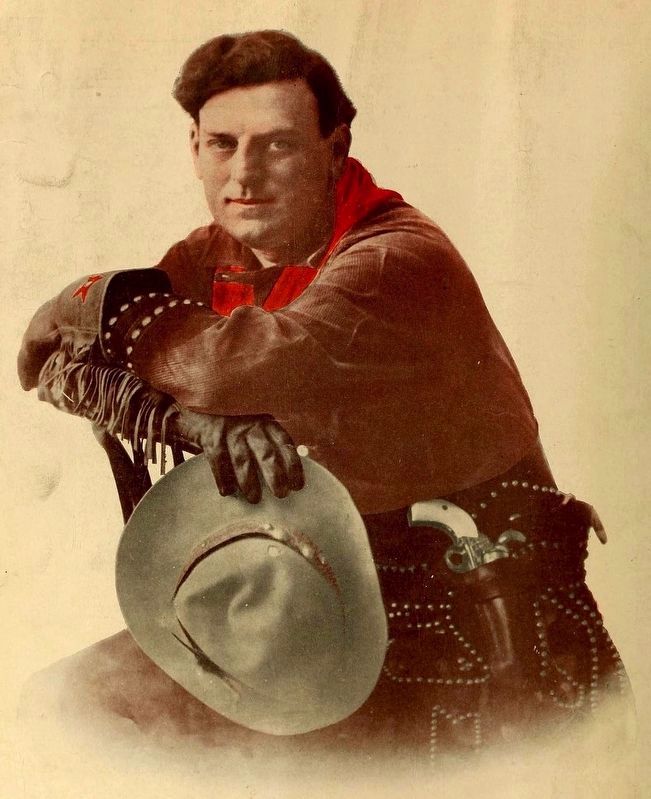 This historical marker was dedicated in 2016 as part of the Jewish American Society for Historic Preservation's efforts to commemorate the lives and history of Jewish Americans. 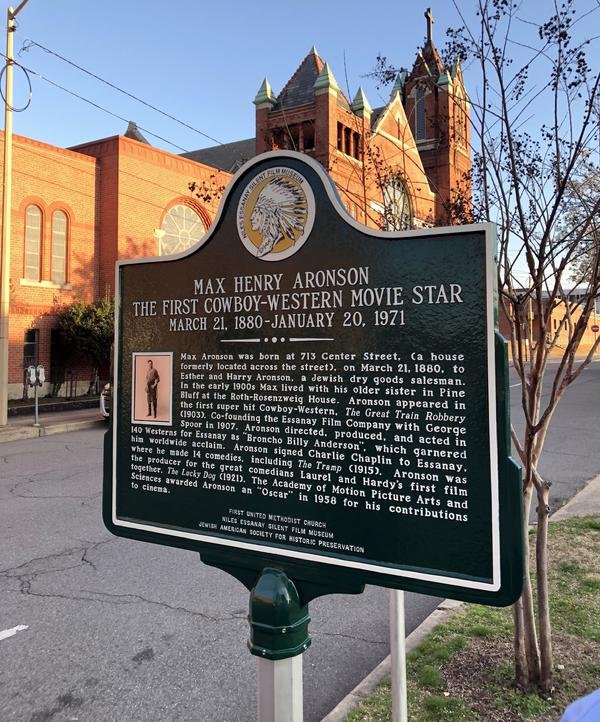 Aronson left Arkansas around the turn of the century for New York, where he became involved with the old Vitagraph Company, a theatrical group. In 1903, he was cast in Edwin S. Porter’s film, The Great Train Robbery, a classic silent western. In his early films, he played various roles under the name G. M. Anderson.

Aronson moved to Chicago to produce films in 1907, where he developed the idea that the public would pay to see good western movies. With George K. Spoor, a theatrical booking agent, he established Essanay Studios (the name comes from a phonetic spelling of their initials, S and A). In 1908, Aronson married Molly Louise Schabbleman, and the couple had one child, Maxine.

Many legendary Hollywood stars worked at Essanay—Francis X. Bushman, one of the leading stars of his day, Gloria Swanson, and Charlie Chaplin. The heydey of the two-reel westerns ended and Aronson eventually sold his interest in Essanay in 1916.

In 1958, Aronson was awarded an honorary Oscar by the Academy of Motion Picture Arts and Sciences for his contribution to the development of motion pictures as entertainment. He lived in quiet retirement for most of his remaining years but surfaced again to receive his honorary Oscar. He died in Pasadena, California, on January 20, 1971, of a heart attack.

Image of the historical marker from the Jewish American Society for Historic Preservation
http://www.jewish-american-society-for-historic-preservation.org/alabamakansas/lrbronchobilly.html