The Chicago Theatre is one of the city’s most iconic landmarks and provides the “unofficial” emblem of the city. Designed by Rapp and Rapp in their famous Neo-Baroque French Revival style, the theatre served as the flagship for the Balaban and Katz theatre group. The famous marquee is one of the most famous and recognized in the world. Meticulously designed with every emphasis placed on luxury, for the next 40 years, the Chicago Theatre served as the premier entertainment venue for the city. As with most historic theatres, the rise of duplex theatres during the 1970s and 1980s resulted in the decline of the Chicago Theatre. In the mid-80s, the Chicago Theatre Restoration Associates purchased and commenced a multi-million dollar renovation on the building, reopening the venue on September 10, 1986. The Chicago Theatre was added to the National Register of Historic Places on June 6, 1979 and designated as a Chicago Landmark on January 28, 1983. 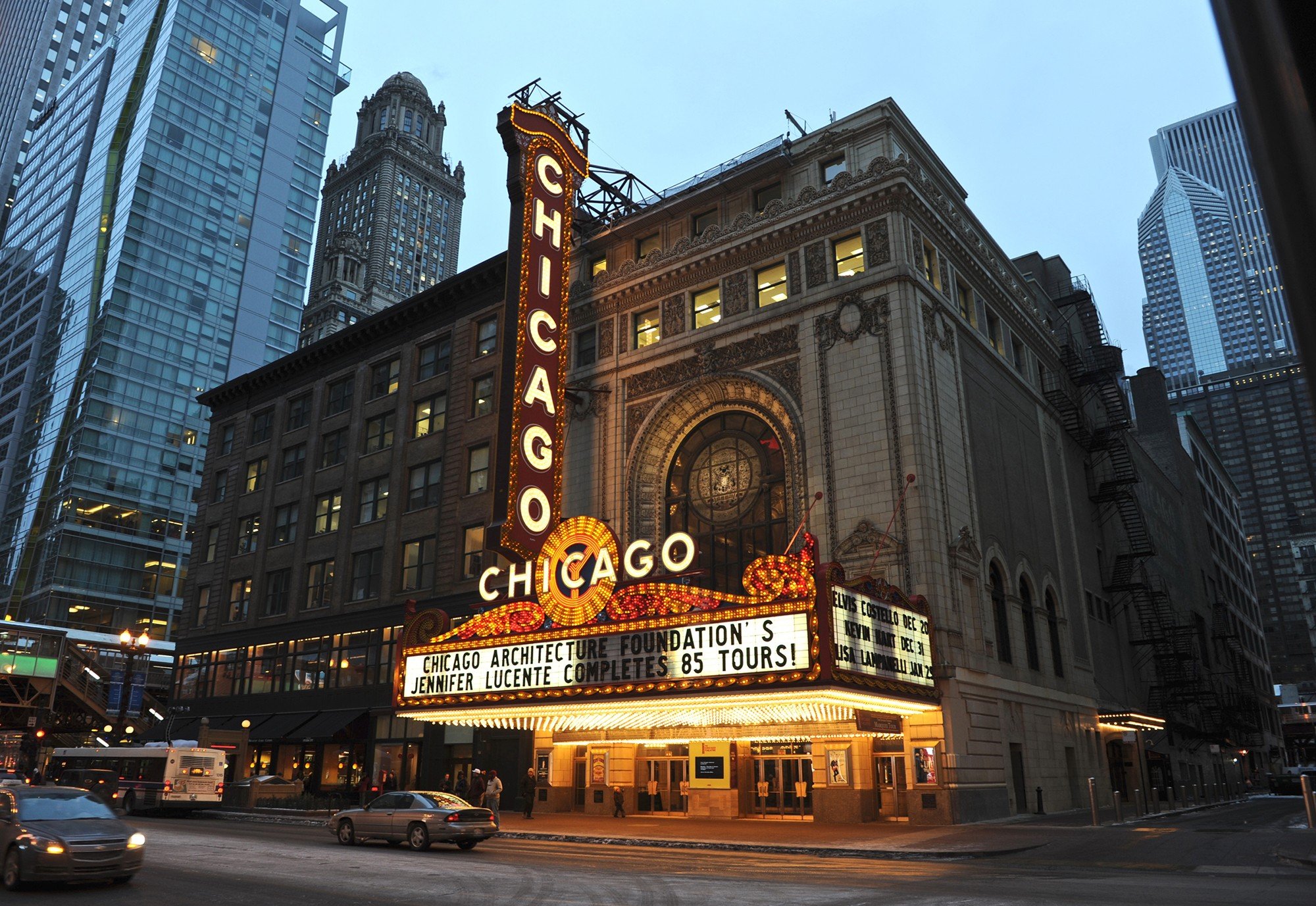 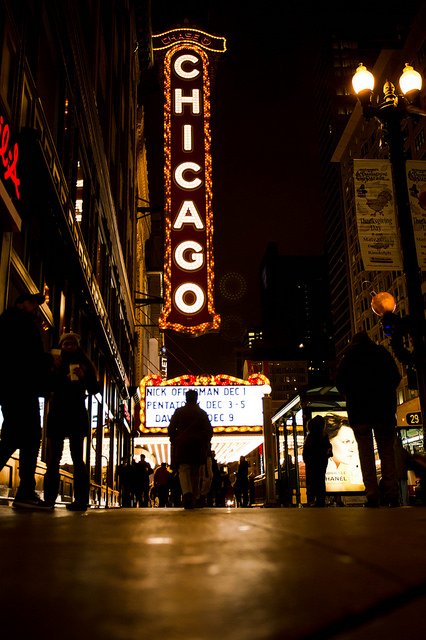 The Chicago-based Balaban and Katz Movie Palace empire began in 1908 when the Balaban brothers Barney and A.J. rented the 100-seat Kedzie Nickelodeon on Kedzie Avenue. Understanding the opportunity to expand their theatre business, in 1916 the Balaban brothers joined with friends Sam and Morris Katz to form the Balaban and Katz Theater Corporation. Together, the four men envisioned a “motion picture palace” empire, combining luxury with the most current entertainment trend. Balaban and Katz commissioned the architects Rapp and Rapp to construct the first of what would become known as a movie palace, setting an entertainment trend for the rest of America.

Inspired by the royal architecture of Versailles, Rapp and Rapp constructed the Chicago Theatre in a Neo-Baroque French Revival style. Originally known as the Balaban and Katz Theatre, the theatre is seven-stories tall, extends half a city block, and seats 3,600 guests. Every surface of the theatre’s interior was carefully designed and crafted to create a sense of luxury: the lobby was based on the royal chapel of Versailles, the grand staircase was inspired by the Paris Opera, Louis XIV furniture and motifs were placed throughout the building, crystal chandeliers, and classical murals adorn the stage and ceilings. The theatre’s off-white white terra cotta exterior features a miniature French Arc de Triomphe and contains Balaban and Katz’s logo of two horses holding ribbons of film in their mouths set in Tiffany stained glass. The neon marquees on the theatre’s façade contrast sharply with the classical architecture, which works to draw more attention to the classical façade. Both vertical and horizontal Chicago marquee signs are attractions in and of themselves now, as they serve as the unofficial emblem of the city. The Rapp brothers became so successful after the Chicago Theatre that they went on to become the primary architects for the entire Paramount/Publix theatre chain.

Completed in 1921, the “Wonder Theatre of the World” set the standard for modern theatres. In addition to showing motion pictures, the theatre also hosted live entertainment. Some of the era’s best musicians came through the theatre: John Phillip Sousa, Duke Ellington, Jack Benny, and Benny Goodman. For days when the theatre offered motion picture shows, a team of 125 ushers welcomed guests. The prices of shows varied throughout the day: 25 cents until 1 p.m., 35 cents during the afternoon, and 50 cents after 6 p.m.

The Chicago Theatre has only experienced only three remodels during its lifetime. The first renovation occurred in 1933 in preparation for the World’s Fair with new interior décor and murals. The second renovation took place in the 1950s in order to modernize the venue. The theatre’s live performances were terminated during this time. The third and most significant renovation came about in 1986, one year after the theatre closed its doors. The Chicago Theatre Restoration Associates purchased the building in 1985 with the intent on preserving the landmark. Through a partnership with the architectural firm Daniel P. Coffey & Associates, Ltd and interior design consultants A. T. Heinsbergen & Co., the theatre was given a new life after a nine-month multi-million-dollar project. The Chicago Theatre officially reopened on September 10, 1986 with a rememberable performance by Frank Sinatra.

Once again, the Chicago Theatre today is one of the city’s premier live entertainment venues, hosting such acts as Aretha Franklin, Alicia Keys, David Letterman, Dolly Parton, Prince, and Kelly Clarkson. The Chicago Theatre was added to the National Register of Historic Places on June 6, 1979 and designated a Chicago Landmark on January 28, 1983.