The Cronkite School of Journalism and Mass Communication is among the top schools in the United States for journalism students. Located in the heart of downtown Phoenix and a central part of ASU's downtown campus, the building broke ground in February 2007, and was completed in the fall of 2008. The building was named after distinguished journalist, Walter Cronkite, who was part of the opening ceremony for the building named after him. Cronkite was the host of "CBS Evening News" for 19 years and was often cited as one of the most trusted men in America. The six-story, 223,000 square foot building cost $71 million and is currently home to the studios of Arizona PBS.

The Cronkite building is home to Arizona PBS, and broadcasts to nearly two million viewers each week. 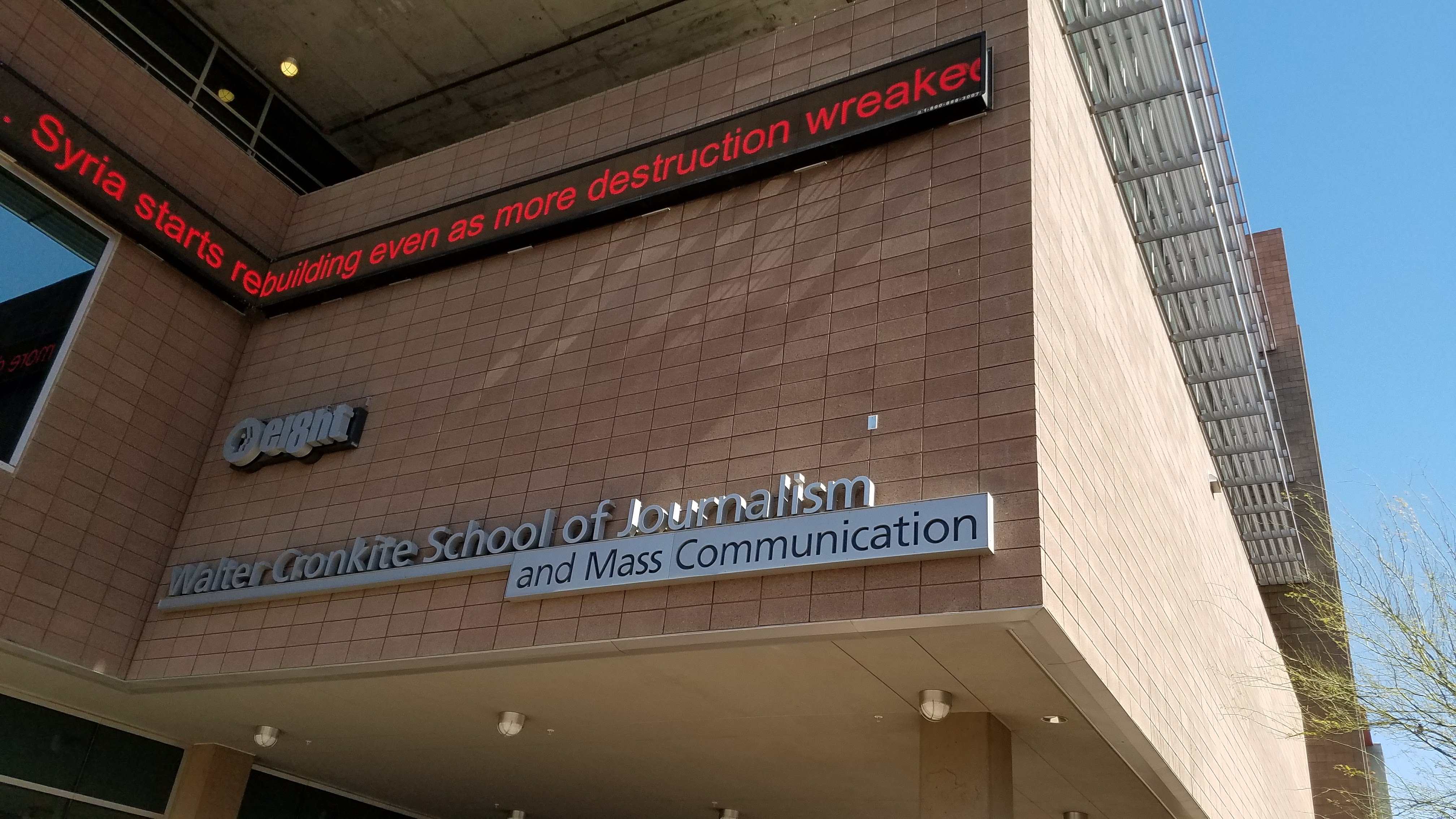 Modern photo of the Cronkite Building located in downtown Phoenix. 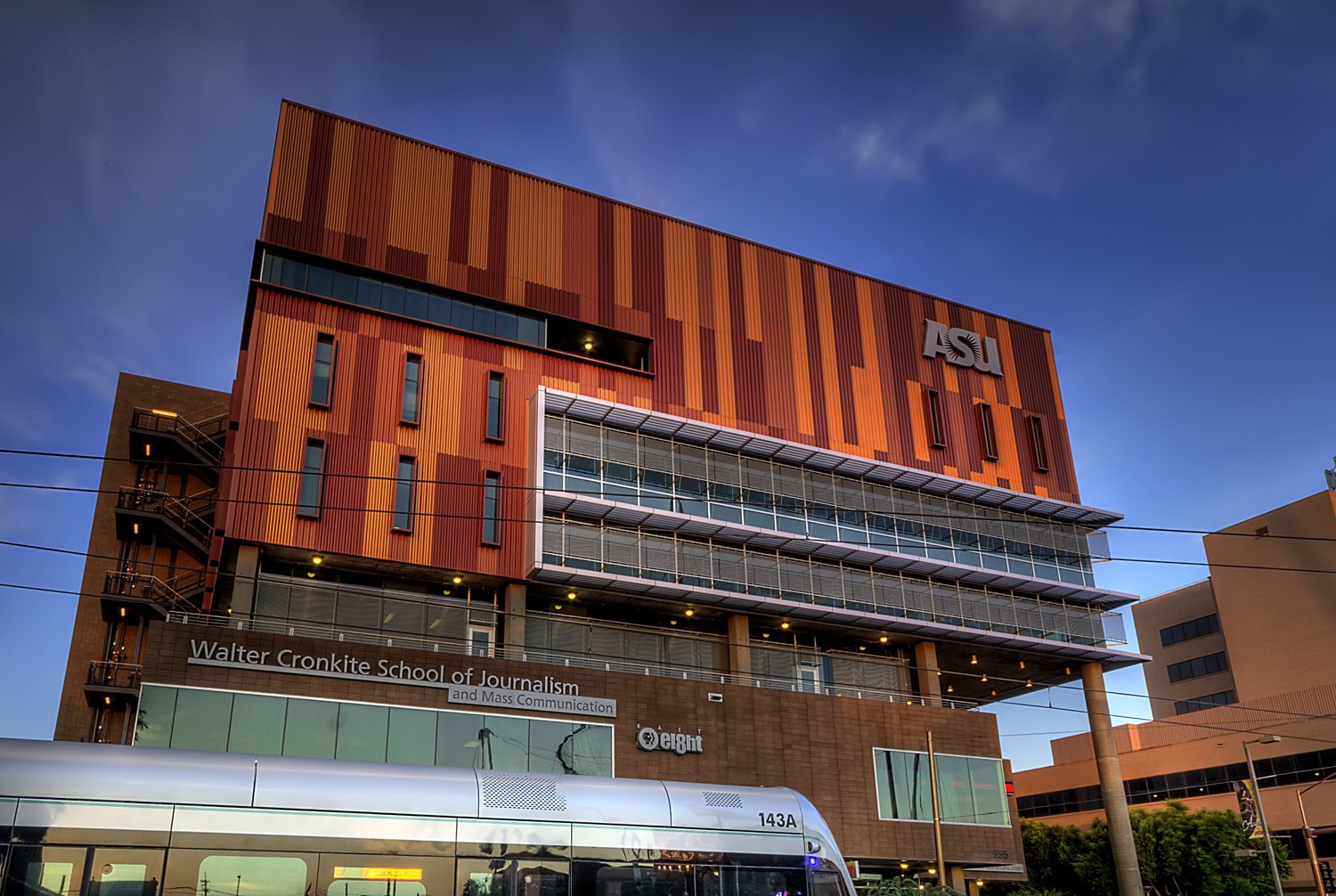 Concept design for the building before it finished construction in 2008. 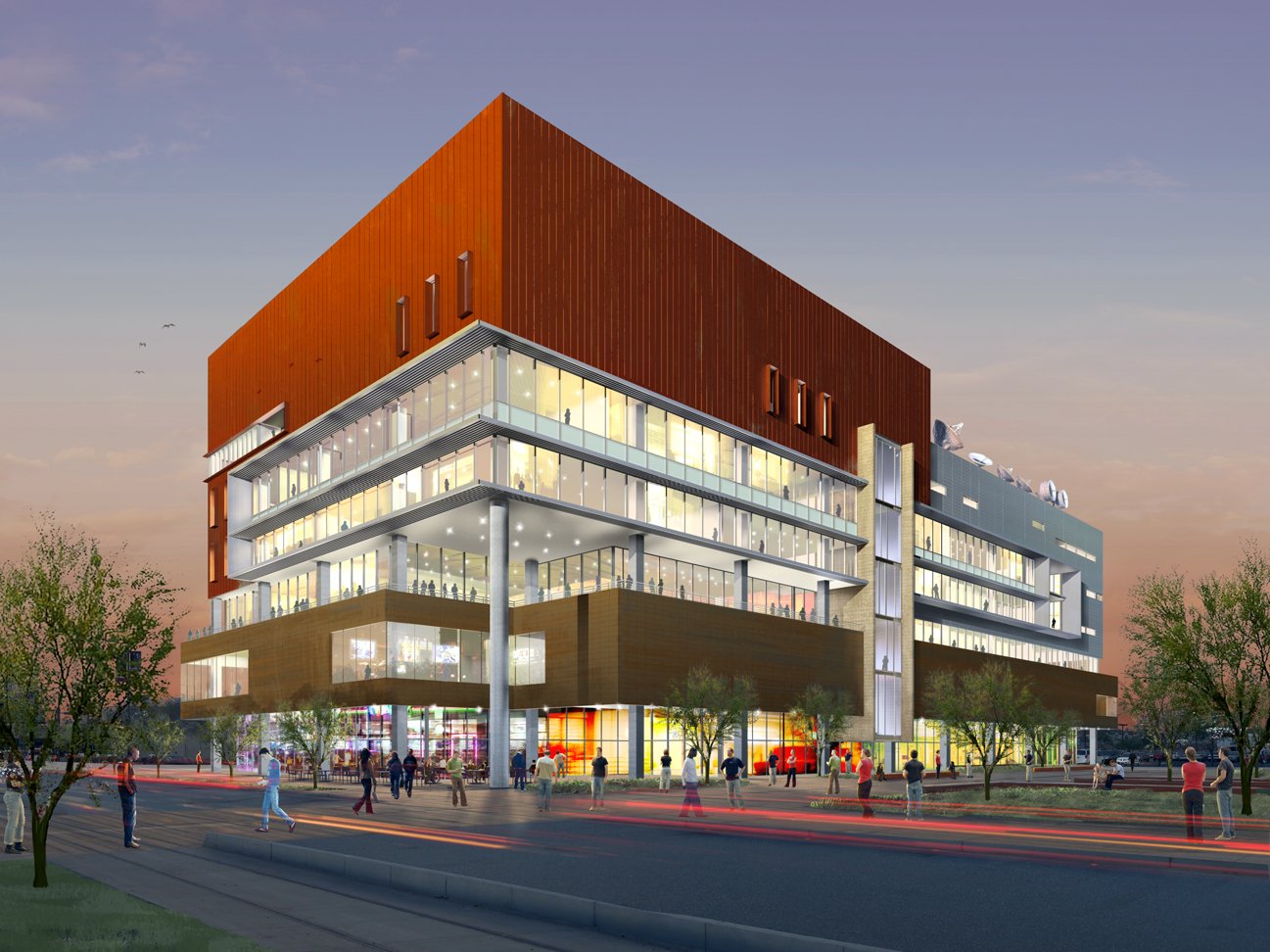 A view of Downtown Phoenix from the historic Westward Ho Hotel. The Cronkite building now sits on the left side of this photo. 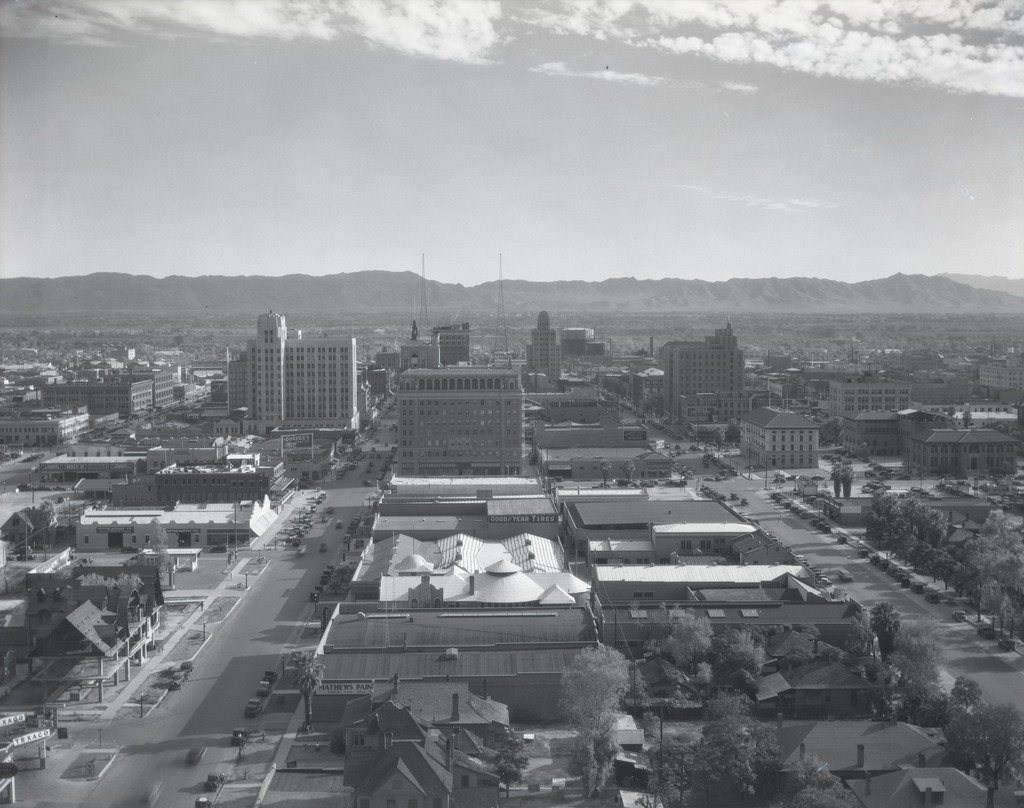 This photo taken in 1940 from the Westward Ho Hotel, shows the Madison Motors building/Ford, which is where the Cronkite building is now located. 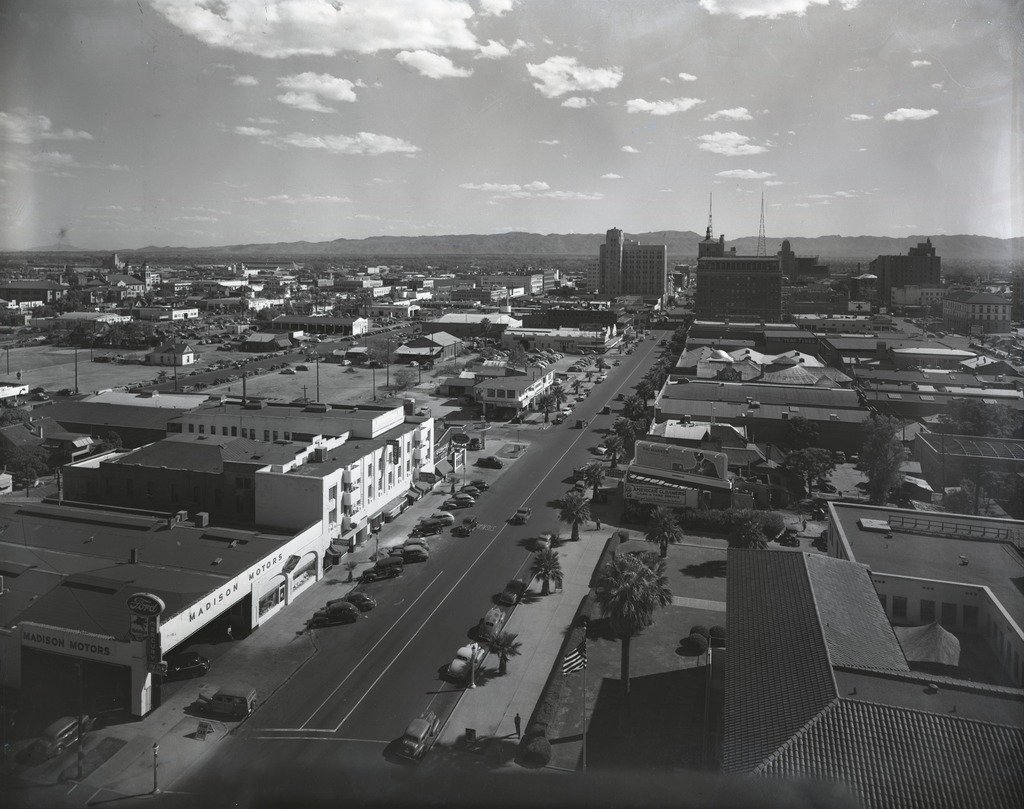 Located in Maricopa county, the Walter Cronkite building stands where the Hohokam people originally settled the land and called home for over 2,000 years. The territory was later settled into a town by a group of pioneers in 1867, where it eventually was incorporated as the city of Phoenix in 1881. The heart of the city was based around Washington and Central Ave and the city grew outward from there. By the 1930s, the first skyline of commercial buildings were constructed in the growing city. Among those are the historic Westward Ho Hotel, just across the street from the Cronkite building, and which was completed in 1928. It held the title of tallest building in Arizona for over 30 years.

Originally ASU's Department of Mass Communication was located at the Tempe Campus of Arizona State University, in what is now the Academic Services building. In 1974, the school was moved to Stauffer Hall, and was later renamed in 2001, as the Walter Cronkite School of Journalism and Mass Communications. It wasn't until 2008 that the school was moved to the newly opened downtown Phoenix campus, a space five times larger than its location on the Tempe campus.

A key moment for the downtown campus was the 2006 bond election in Phoenix, which voters elected to allow the city to move forward with almost $900 million in citywide constructions. This allowed ASU to move a number of colleges to the downtown campus, and pair with the city to cover the expenses of constructing the college and bringing students downtown. ASU ultimately received about a quarter of the bond, at $223 million.

The city and ASU then purchased the former Arizona public service building for $30.5 million, which included a section of vacated land. With this land came the historic US Post Office building, which was constructed in 1931 and later became the Student Center at the Post Office, but remains an active post office too. The Cronkite building currently sits on what was 4.65 acres of the vacant land just across the street. The land was originally part of Madison Motors, which was opened and built on the land in 1951, before converting into Berge Ford in 1965, with Berge moving to Mesa in later years. In later decades, businesses on the site included a dry-cleaner, a strip club, parking lots and an apartment complex. This land served as the base for the downtown campus, and later the Cronkite building.

Currently, the building is one of many buildings occupied by the busy Downtown Phoenix campus of ASU. The award-winning school currently has 1,700 students with 1,200 underclassmen. The downtown campus has a total of 2.7 million square feet of space and as of 2018 is looking to expand the campus with the construction of a new dorm building, lab space and central cooling plant.