Opening in 2006, The Titanic Museum commemorates the story of perhaps the most famous ship of all time. It was founded by Josh Joslyn, the leader of the first commercial expedition to the Titanic in 1987 (the ship was discovered in 1985, several decades after it first sunk in 1912). The museum is one of two Titanic museums in the country; the other is in Pigeon Forge, Tennessee. The museum is housed inside a half-scale replica of the front half of the ship which this display reaching a height of 100 feet. Inside, visitors will find over 400 artifacts—valued at $4.5 million dollars—from the wreck, a replica "grand staircase," third-class hallways, parlors, and first-class cabins. Visitors also get a boarding pass from an actual passenger or crew member and can do a number of activities like shovel coal and send an SOS message. The museum has received visitors from all over the world since it’s opening. 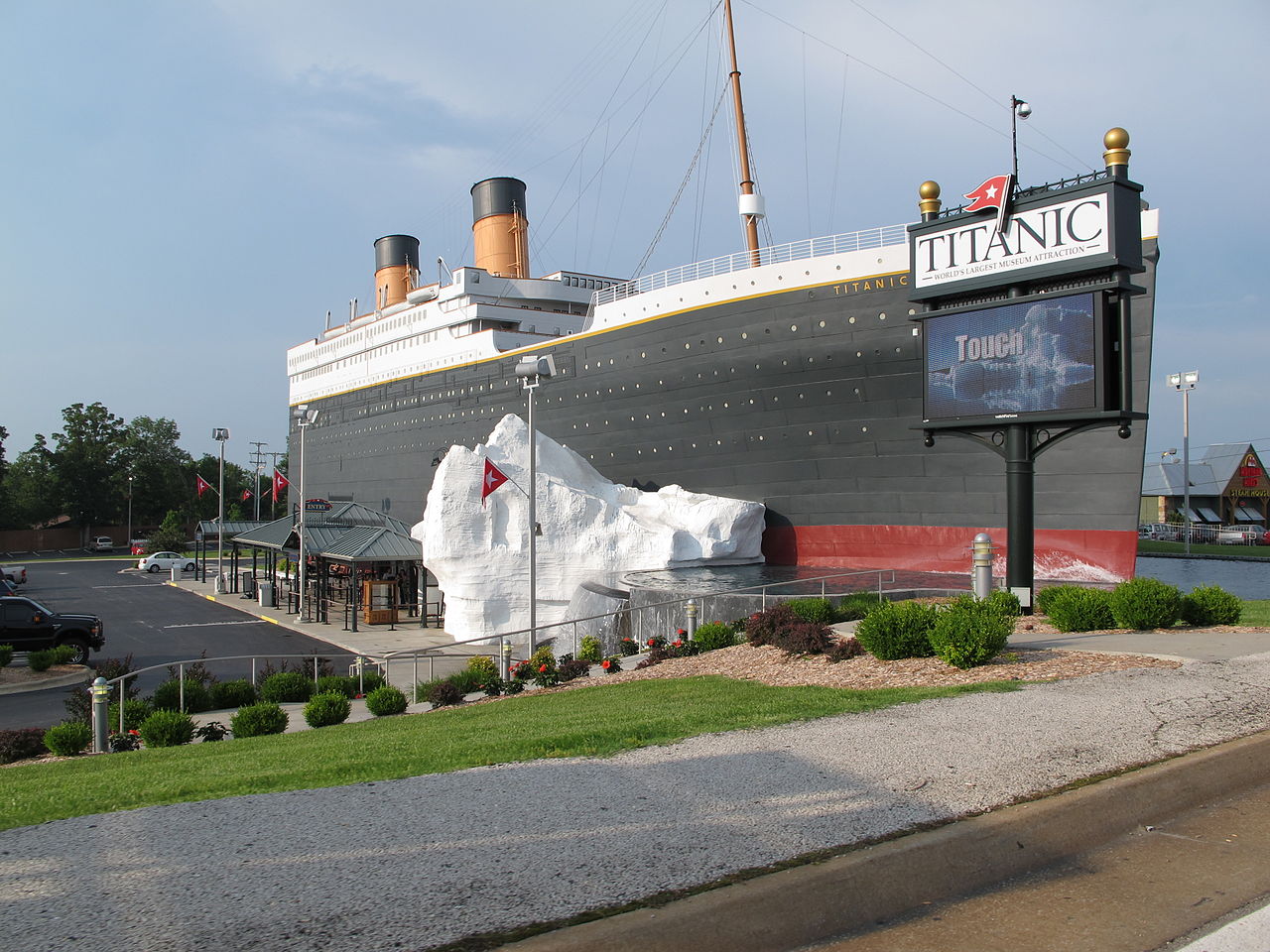 First-class passengers enjoyed nice rooms like this recreated one. 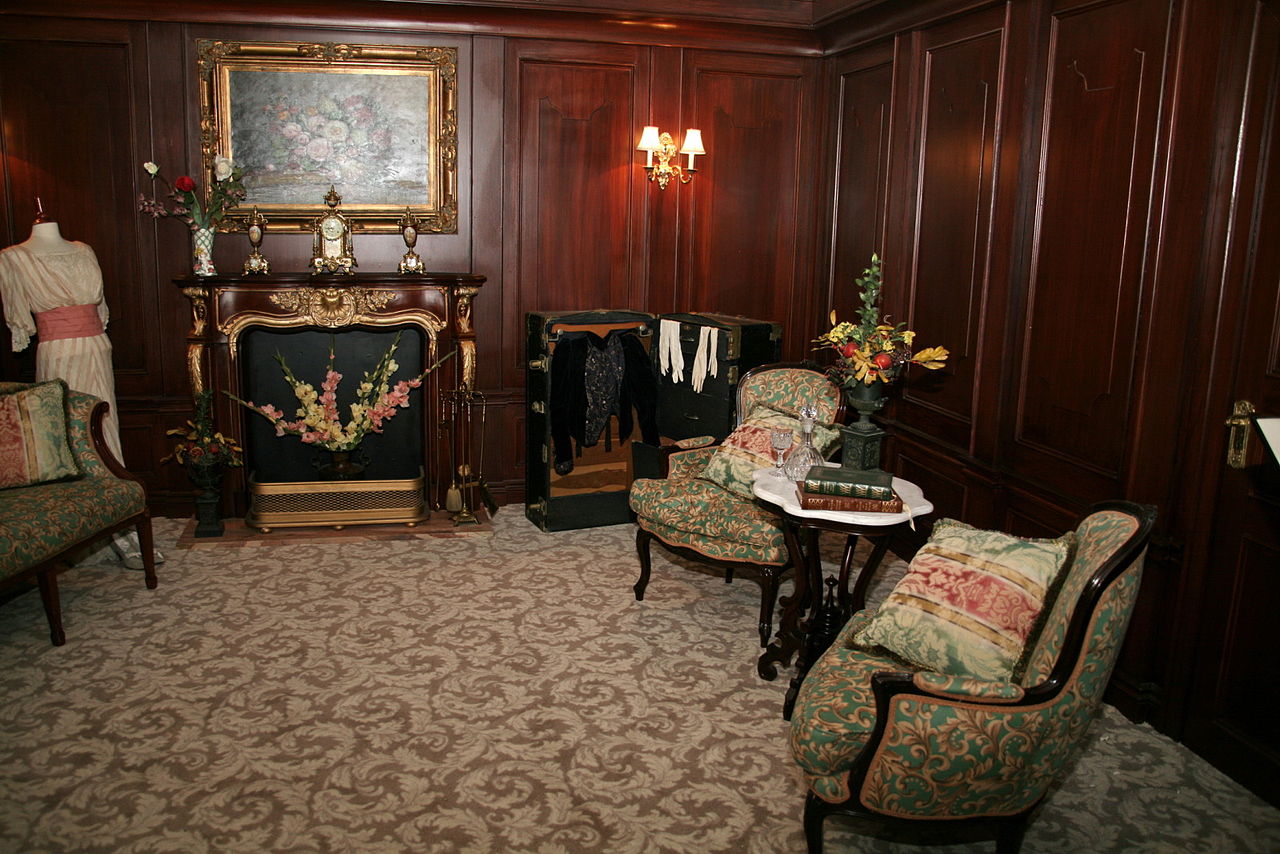 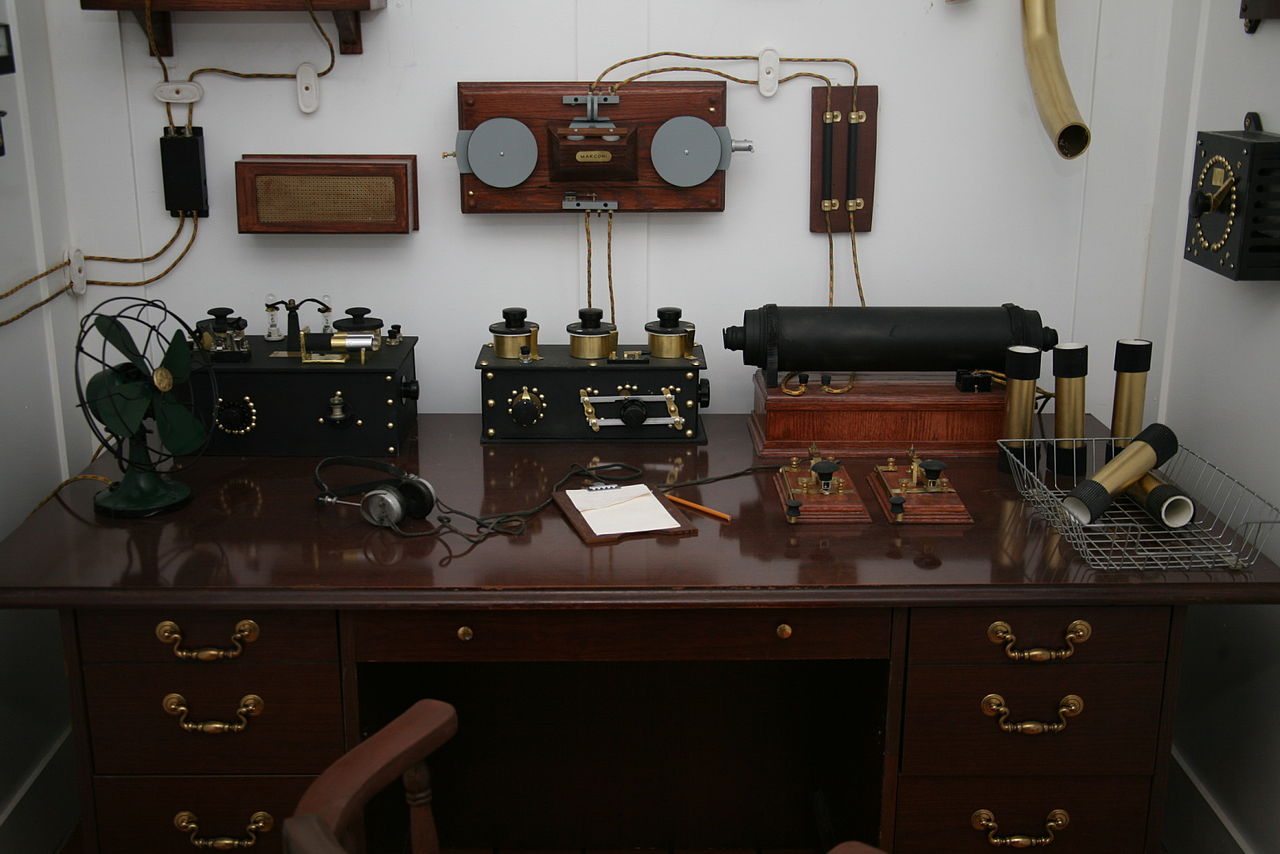 Replica of the Grand Staircase 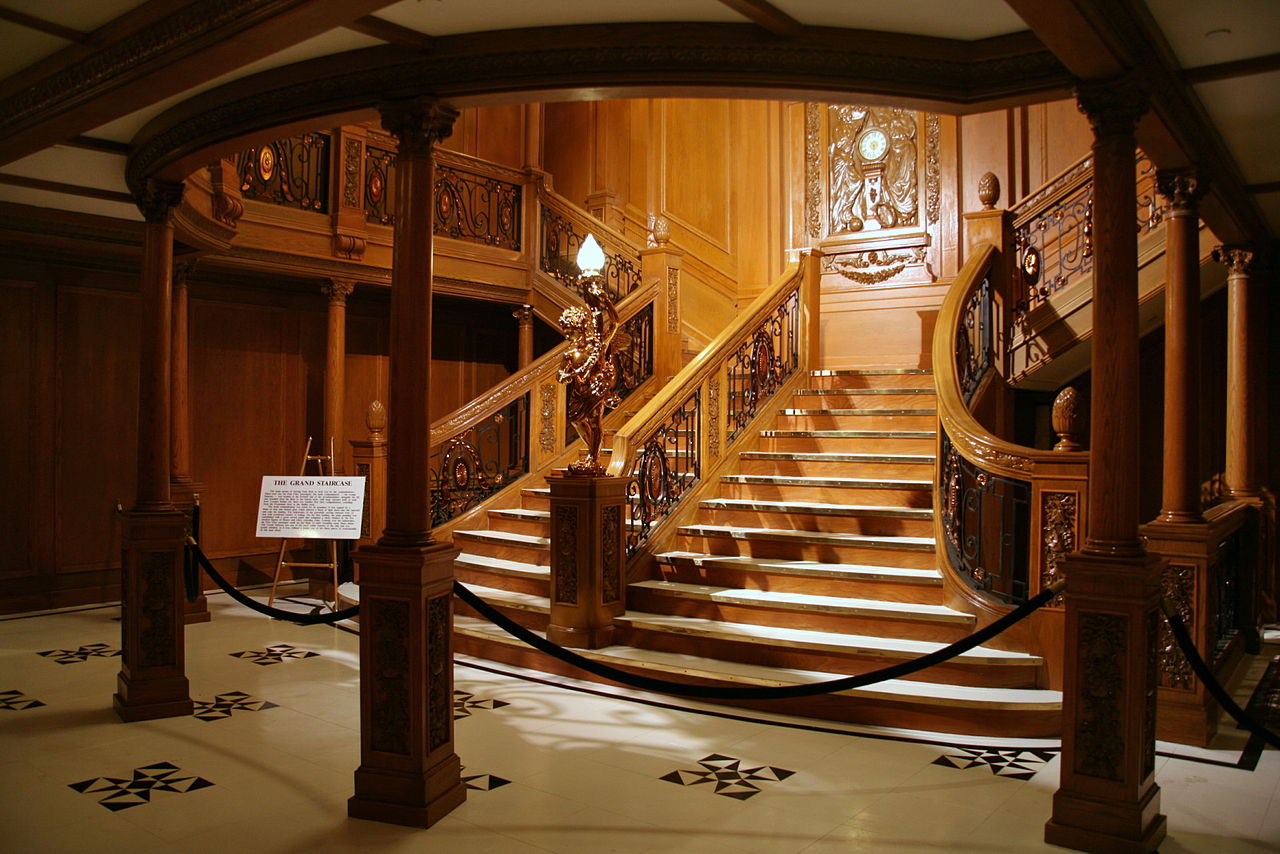 The Titanic was built in Belfast, Northern Ireland by the company Harland and Wolff. It set sail on April 10, 1912 from Southampton, England on its only maiden voyage to New York City. Just a few days later on April 15th, it struck an iceberg late into the night 500 miles off the coast of Newfoundland. Of the estimated 2,200 passengers and crew, over 1,500 died and around 700 survived escaping into life boats dropped from the ship. Many perished in the frigid sea after jumping off of the sinking ship.

Among the passengers on the ship, there was an American socialite named Margret Brown, violinist Wallace Hartley, and the Goodwin Family. There were various passengers that got ahold of a ticket, but did not sail on the boat for unknown reasons. These names included: industrialist Henry C. Frick, chocolatier Milton S. Hersey, banker J.P. Morgan, and evangelist John Mott. A survivor who perished after escaping the Titanic was soldier Col. Archibald Gracie IV. He escaped using an overturned lifeboat and wrote a book about his experience.

Those who survived escaped onto lifeboats but, infamously, the ship only had enough lifeboats necessary to carry half of the passengers and crew. The crew was not trained in evacuation either. The ship eventually broke into two and sunk from the back of the ship after striking the iceberg. Other ships heard the distress signals, but were hours away. The ship that did arrive was the RMS Carpathia, which rescued those that survived the sinking at four in the morning. The ship has laid dormant in the ocean and the wreckage wasn’t discovered until September 1, 1985. There was a movie detailing events in the form of a romantic tragedy movie released in 1997.

The museum details and holds exhibits that tell the story of how the ship was founded right up to when it sunk into the ocean. There is a video detailing the timeline of events in real time of what went on after the Titantic struck the iceberg. Visitors can also send an SOS message in a mock call. There is a replica of the grand staircase that led to the ballroom. It first opened back in 2006 in Branson, Missouri and a second version of the museum opened in Pigeon Forge, Tennessee in 2010.

"How Many People Were on the Titanic?" HistoryOnTheNet. Accessed November 16, 2018. https://www.historyonthenet.com/how-many-people-were-on-the-titanic.