East High School and the Robert W. Kelly, v. Nashville Board of Education (1955)

East High School in Nashville, Tennessee opened in 1932 during the Great Depression and enrolled only white students in its first decades. When Robert Kelly was denied enrollment at East High School because he was black, civil rights activists supported a class-action lawsuit against the Nashville school board to compel them to comply with the Supreme Court's 1954 decision in Brown v. Board. Robert W. Kelly, et al. v. Nashville Board of Education was filed on September 23, 1955. Although the school board did not immediately end segregation and many neighborhood schools reflected patterns of racial segregation, the case sparked desegregation plans for the whole city of Nashville. 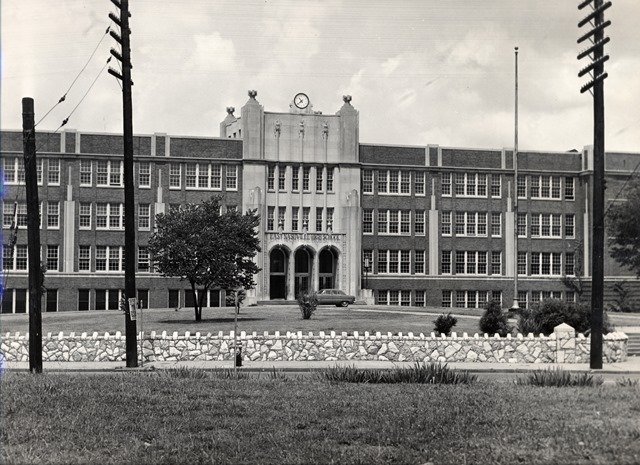 Police walking parents with their children to Fehr Elementary in Nashville, Tennessee on the first day of school. 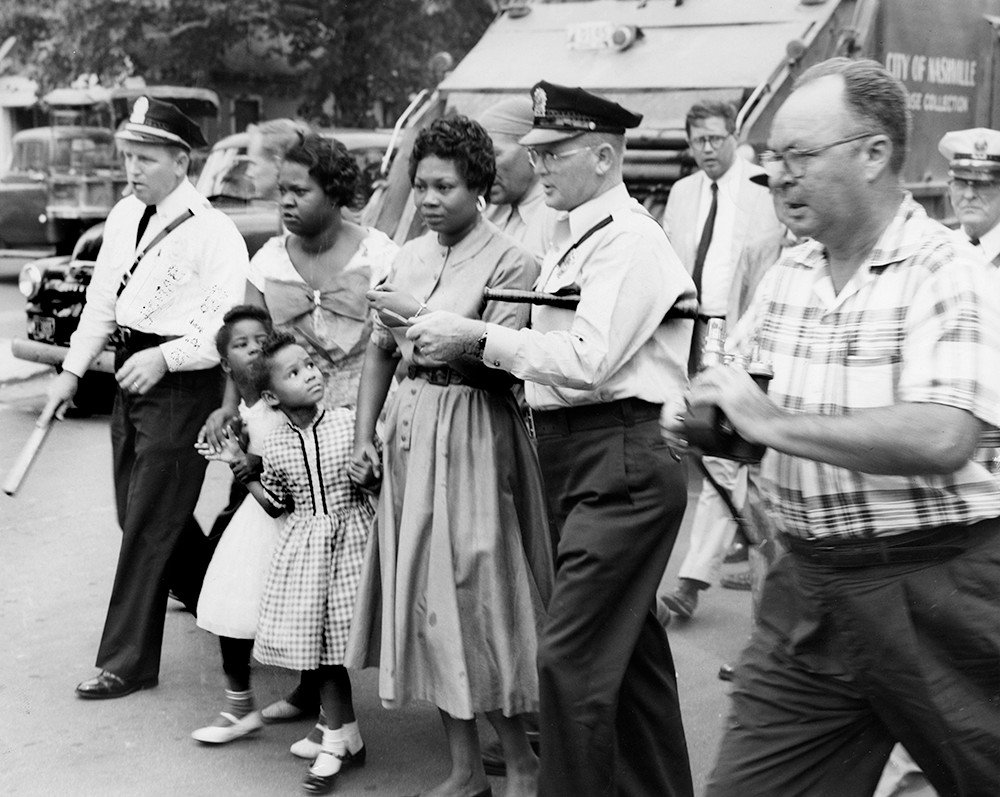 Superintendents in the Nashville school system responded to Looby and Williams, and they said they would review the Supreme Court ruling and wait for instructions. Mayor of Nashville Ben West said, “our people are law-abiding citizens. We have no other thought except to conform to the law of the land.”

After it was apparent that public schools in Nashville weren’t going to be desegregated, Civil Rights Attorney Alexander Looby, Avon Williams and the National Association for the Advancement of Colored People (NAACP) filed a class-action lawsuit, Robert W. Kelly, et al. v. Nashville Board of Education, on September 23, 1955. Alfred Z. Kelly, the plaintiff of the case was a barber whose 14-year-old son Robert wasn’t allowed to attend East High School when he applied to enroll. In turn, Robert Kelly had to ride the bus to the black high school near Fisk University. This bus ride took him across the river to attend Pearl High School, while East High School was within walking distance of their home.

New superintendent W.H. Oliver worked with the school board to implement their desegregation plan which started with children in the first grade in 1957 with the goal of having all twelve grades integrated by 1968. The judge ordered the plan to proceed and integration of first grade classes started on September 9, 1957. White supremacists, led by the Ku Klux Klan, the White Citizens Council and the Tennessee Federation for Constitutional Government, who protested desegregation pushed back against the plans to desegregate, but Nashville began desegregation on September 9, 1957.

East High School began desegregation in 1965, and two years later in 1967 black students who had been enrolled at East High School graduated. The Robert W. Kelly, et al. v. Nashville Board of Education case became Tennessee’s longest concerning school desegregation when it was settled in 1998.