This man-made lake was formed in the 1960s from the Colorado River by the construction of the Longhorn Dam. Although originally dubbed Town Lake, after the death of former first lady Claudia Alta Taylor Johnson (also known as Lady Bird) in 2007, the City of Austin decided to change the name to Lady Bird Lake in her honor. The efforts of citizens transformed the lakeshore into a landscaped recreational area with the very popular Ann and Roy Butler hike-and-bike trail. In addition, on almost any day one can see a flotilla of paddlers on the lake’s waters. 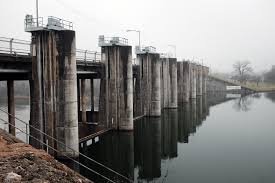 Tom Miller Dam (1940) Built on top of the remains of the other two dams both named Austin Dam. The dam was built to provide hydroelectricity and store water. 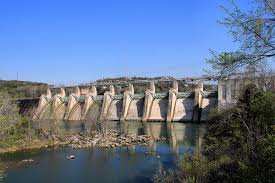 Ann and Roy Butler Hike and Bike Trail (Est.1970s) It is a 10-mile hike & bike trail. Part of the process of beautification in Austin by the Town Lake Beautification Committee. 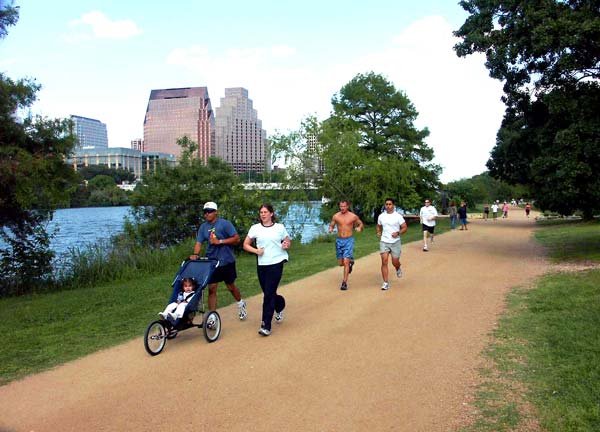 Claudia "Lady Bird" Johnson standing next to the "Town Lake" (1974) Lady Bird Johnson served as the Honorary Chairman of the Citizen’s Committee, The lake named "Town Lake" was renamed "Lady Bird Lake" in her honor. 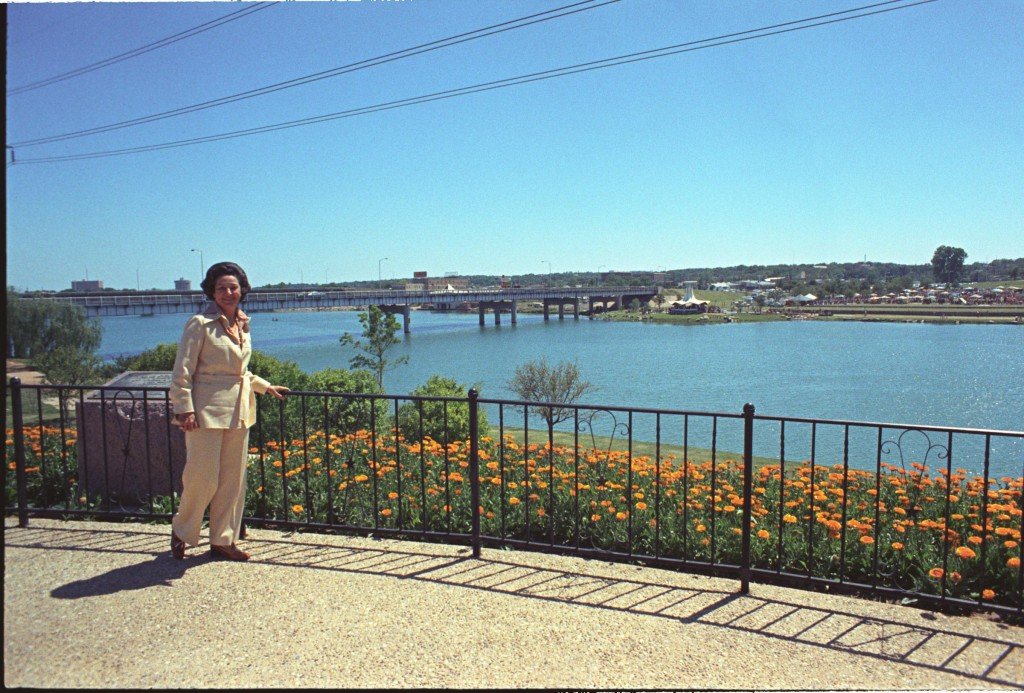 Boardwalk at Lady Bird Lake. It is a part of the Ann and Roy Butler Hike-and-Bike Trail. 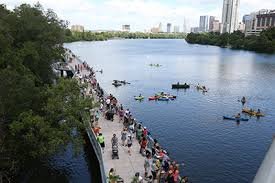 Town Lake was created as a reservoir in Austin in 1960 to serve as a cooling pond for the city’s then newest power plant (Holly Street Power Plant). The Longhorn Dam controlled the downstream flow of water. It is a non-hydroelectric dam, however, it does provide the lake as a source of drinking water for Austin.

This dam was a monumental addition to everything that Town Lake has become involving recreation and greenspace. The construction of Longhorn Dam allowed the Lower Colorado River Authority to regulate and stabilize the water levels of this section of the Colorado River. The Tom Miller Dam, which forms the upstream termination of the lake, is an hydroelectric dam that was created for generating power and maintaining flood control. These two dams allow for steady lake levels that improve its recreational uses.

In 1930, the 17 year-old, Lady Bird Taylor visited Austin and fell in love with the city. In 1970, she returned to preserve and improve that original place she fell in love with. She played an important role in creating most of the things that her namesake lake is now known for including the hike-and-bike trail. Lady Bird Johnson’s involvement in the area brought more attention to preserving the lake and turning it into site for recreation for the city of Austin.

In 1999, the City of Austin voted for a proposition to allocate tax dollars towards funding a master plan for the lake’s recreational facilities. In 2007, the City council decided to change the place holder name of Town Lake to Lady Bird Lake after Johnson’s death.

There is much to do as far as recreational activities go. The Ann and Roy Butler hike-and-bike trail is over 10 miles long and is one of the oldest bike paths in Texas. In 2014 the trail was completed by construction of a $28 million boardwalk on the southeast portion of the loop that includes several access points from the nearby streets.

Aquatic activities like kayaking and canoeing are very popular for the locals due to the city’s ban of personal motorized boats on the lake. One can rent canoes, kayaks, and paddleboards at many places around the lake. There are even river cruises for a more relaxed approach to being on the lake. A sight to see during the summer months is the nightly departure of 1.5 million Mexican free tailed bats that from their colony under the South Congress Bridge.

Cain, Aine. Meet the former first lady who helped make Austin, Texas, one of the most popular cities in the US. Business Insider. May 16, 2017. November 30, 2018. https://www.businessinsider.com/lady-bird-johnson-austin-texas-2017-5.

This entry has been edited 26 times.