Ilhan Omar speaks at a Hilary for Minnesota event in Minneapolis on October 4th, 2016. 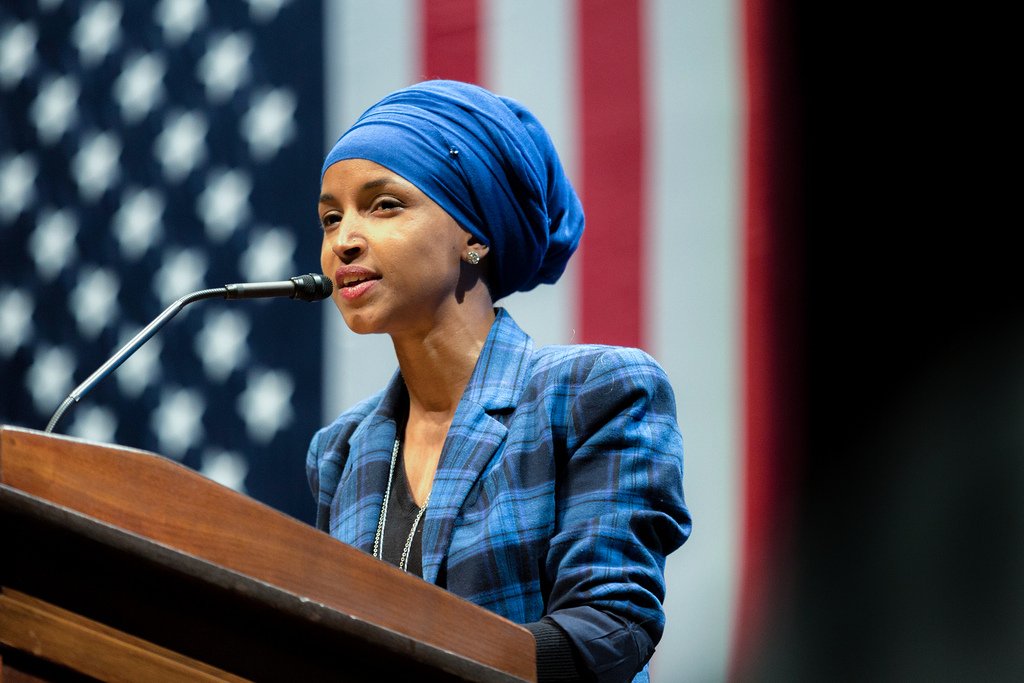 Ilhan Omar was born in Somalia on October 1st, 1981. Her mother died while she was young, and she was raised by her father and grandfather. Somali President Siad Barre’s military dictatorship was overthrown in 1991 and civil war erupted as warring clans violently grappled for power. During this time an estimated 350,000 Somalis died of disease, starvation, or civil war. In the ensuing violence, Omar’s family compound was shot at by armed men trying to break into the house. Everyone survived this encounter, but Omar’s family decided to flee to Kenya where her grandfather had connections. Eventually the family ended up in a refugee camp where they lived for 4 years in poor conditions. Malaria and kidnapping were constant threats. When Omar was 12 years old, her family finally obtained sponsorship to come to the United States, first living in Arlington, Virginia, and then moving to Minneapolis, Minnesota, when Omar started high school.

As a teen, Omar accompanied her grandfather to Democratic-Farmer-Labor caucus meetings and acted as his translator. Participating in these meetings inspired her love for politics and grassroots organizing. She went on to attend North Dakota State University where she obtained degrees in political science and international studies. After university, she worked as a community educator at the University of Minnesota, and then as a policy aide for the Minneapolis city council. During this time she became involved in activism in the Democratic-Farmer-Labor party, and decided to run for office.

In November, 2016, she beat the 44 year incumbent in the primary election, going on to be elected to the Minnesota House of Representatives where she served for 2 years. In November, 2018, Omar was elected to the United States Congress, representing Minnesota’s 5th congressional district. She is the first Somali American Muslim legislator in U.S. history, and along with Rashida Tlaid (D-MI) one of the first muslim women to serve in the U.S. House of Representatives.

Created by Jude Wasserman (Instructed by Catherine Smith, University of Wisconsin-Madison) on December 1st 2018, 1:36:06 am.

Last updated by Jude Wasserman (Instructed by Catherine Smith, University of Wisconsin-Madison) on December 6th 2018, 11:34:42 am.