The Van Buren County Courthouse is one of Paw Paw's most important architectural landmarks. Its construction reflects the town's growth and development in the late 1800s. Designed in the Classical Revival style, with an Italian Renaissance clock tower and cupola, the courthouse was built in 1903 and is situated prominently in the center of town. It is the second courthouse built here; the first was erected in 1845 and this one was relocated to its present location and became City Hall, a function it still serves today. The courthouse was added to the National Register of Historic Places in 1977.

The Van Buren County Courthouse was built in 1903. 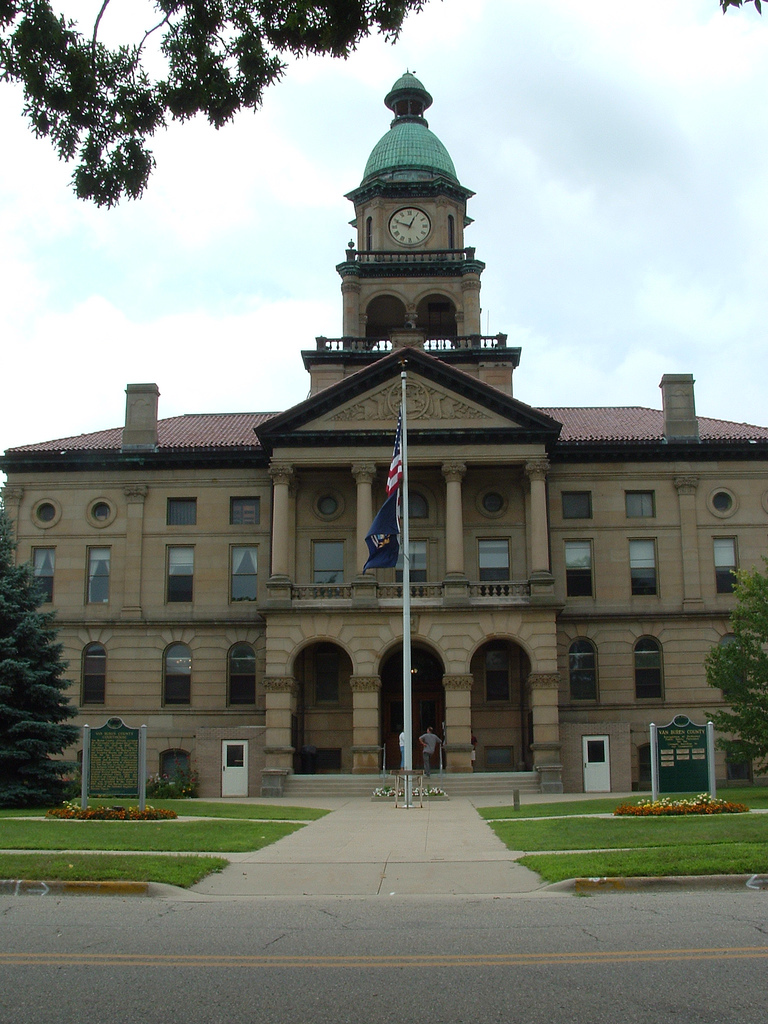 The area first attracted the lumber industry and later settlers, who were drawn by fertile soils and mild climate. There was also access to Chicago, which was a big market for the farmers. The growth of the community (and the rest of the area) prompted the creation of the county. Van Buren County was established in 1829 and named after Vice President Martin Van Buren, who served under President Andrew Jackson. Paw Paw was chosen to be the county seat in 1837. In 1901, a vote was held to determine where the county seat should be. Residents voted to keep it in Paw Paw, beating out South Haven, the county's largest town, and other towns. The clock was installed in 1986.