The South Haven Light was built in 1903 and still operating today, guiding vessels into the town via the Black River. It is 35 feet tall and illuminated with a sixth order Fresnel lens. The light can be seen 15 miles (13 nautical miles) away. The light is connected by a catwalk that extends all the day to the shore (it was built to allow lightkeepers a safe way to walk to the light when ice or high waves made walking on the pier treacherous). The lightkeeper stayed in the 1872 keeper's house which is located onshore. It is now the Marialyce Canonie Great Lakes Research Library, the only such institution in the state solely dedicated to collecting and sharing Michigan's maritime history with the public. It is operated by the Michigan Maritime Museum. The keeper's house and light are listed together in the National Register of Historic Places.

The South Haven Light was built in 1903 and remains an active navigational aid today. 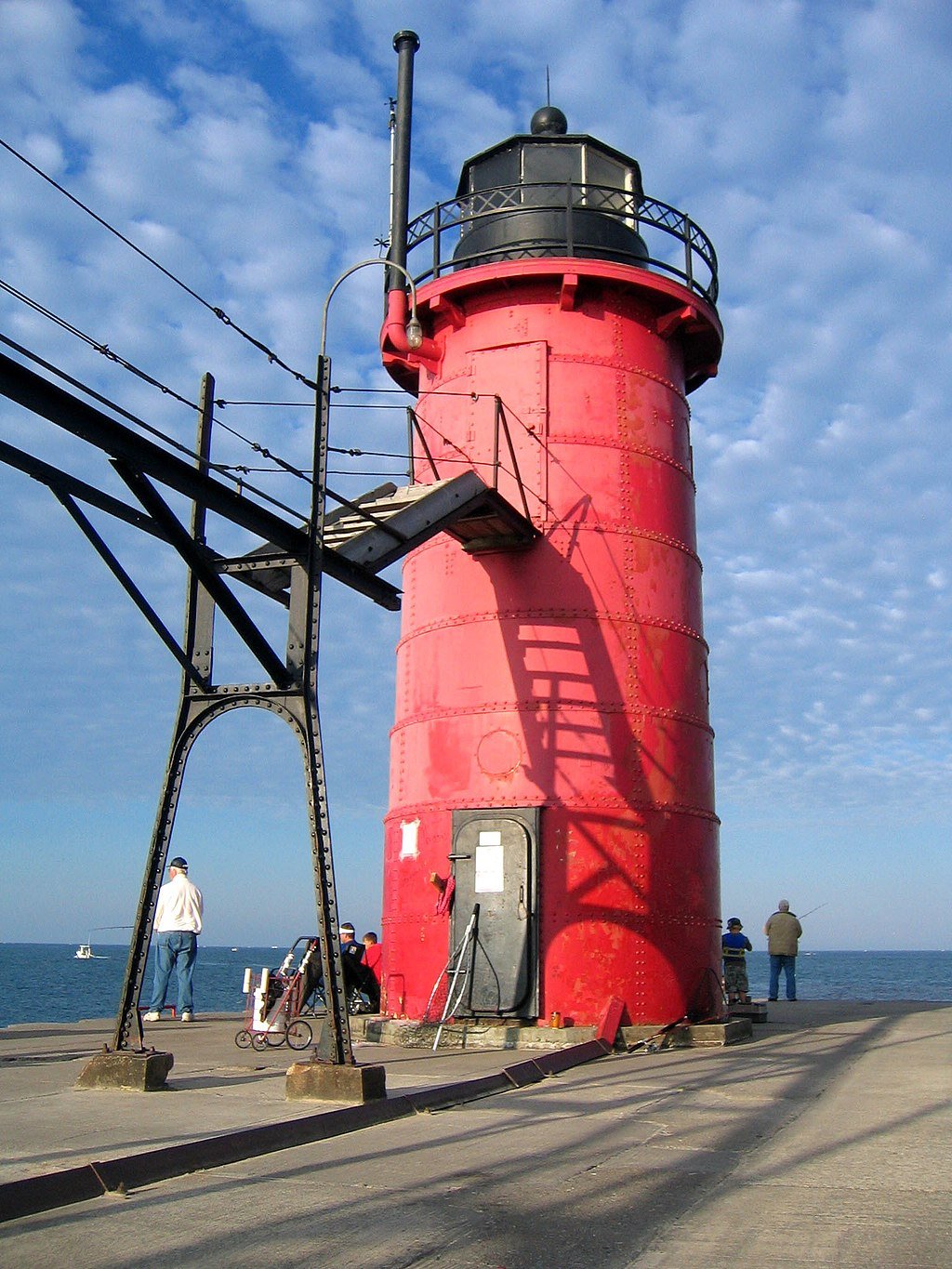 The lightkeeper's residence was built in 1872 and is now the Marialyce Canonie Great Lakes Research Library, which is operated by the Michigan Maritime Museum. 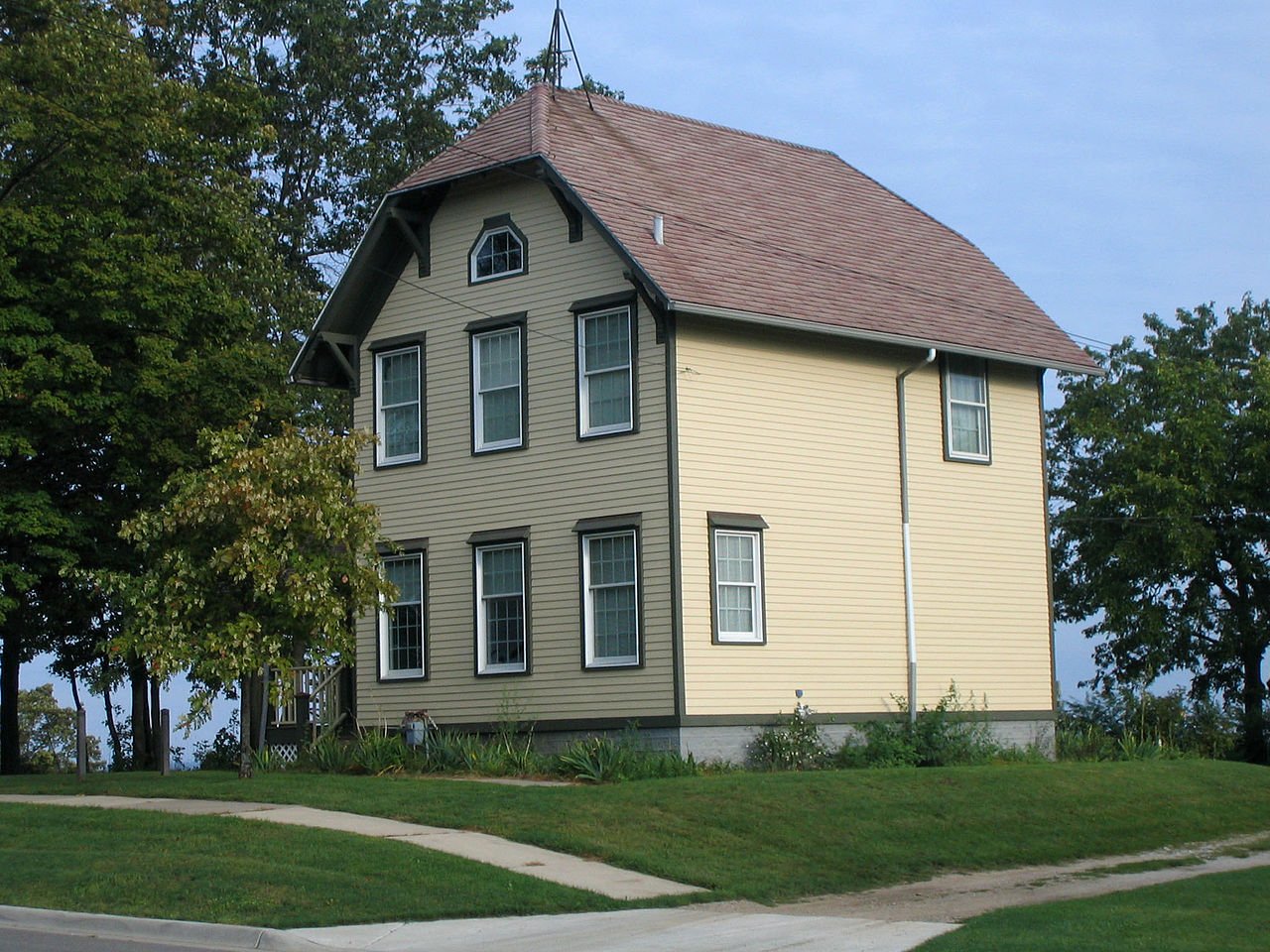 South Haven was home to only a few hardy settlers beginning around the 1830s. This situation changed in the 1850s when lumber companies arrived, attracted by the area's forests and the Black River, which facilitated the transport of lumber to growing cities in the Great Lakes region, which increasingly demanded lumber.

To improve the shipping infrastructure, a group of local merchants came together to build two piers at the mouth of the river into the lake. The channel these piers formed was dredged to allow bigger ships to enter. The first sawmill was constructed in 1866, becoming the largest employer in the community. Other businesses and organizations (hotels, stores, bars, churches) began to pop up, attracted by the emerging economic activity.

The U.S. Army Corps of Engineers extended the piers in 1868 and plans were put in place to install a pierhead beacon and keeper's house. Congress put funding for lighthouses on hold, however, so it wasn't until 1872 that the first lighthouse, made of wood, was built along with a wooden catwalk. By 1901, the piers were built further out and the light was moved to the end. In 1916, a 52-foot steel rear range light was built to further aid navigation into the channel.

Not surprisingly, the wooden light structure deteriorated as a result of exposure to years of exposure to the elements. This prompted the construction of the current light in 1903. Then in 1913, the piers were once again extended to their current length and the light was relocated once more. The tower was eventually torn down in the 1960s and the wooden catwalk replaced by the current metal one.
The last keeper to manage the lighthouse served until 1940 when the U.S. Coast Guard assumed ownership. They did not maintain the keeper's house and it was under threat of demolition in the early 1990s. Local residents challenged this possibility and then in 1991, the Maritime Museum bought it with plans to convert it to its research library, which of course it remains today. The lighthouse was restored was renovated in 2017.