Old Alton Bridge, often known as the Goatman’s Bridge, is an iron truss-span used to connect Denton to Copper Canyon. It was built in 1884 by the King Iron Bridge Manufacturing Company. 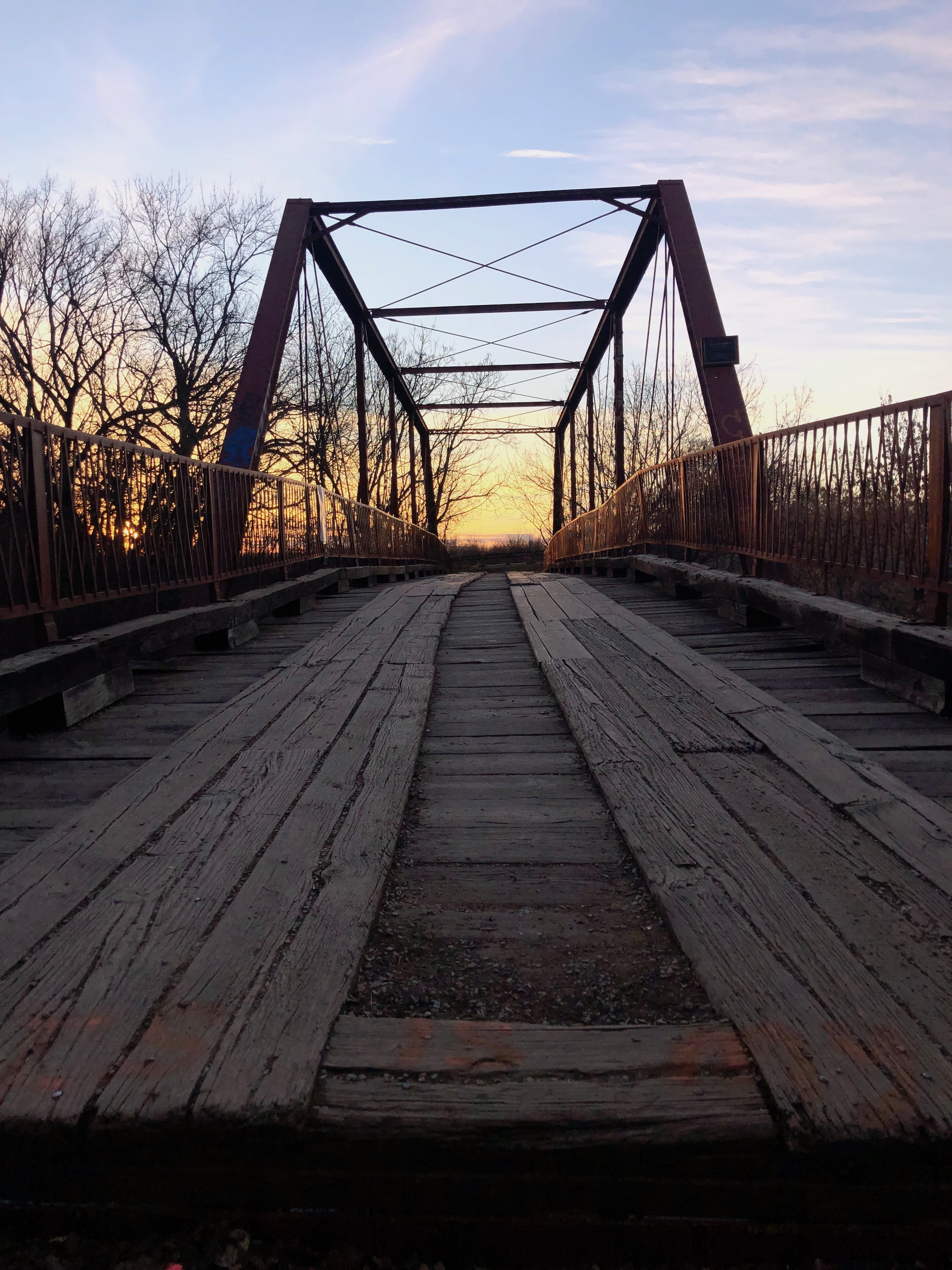 Old Alton Bridge, more often known as the Goatman’s Bridge, is an iron truss-span used to connect the town of Denton to Copper Canyon. It was built in 1884 by the King Iron Bridge Manufacturing Company.
Old Alton Bridge lies about three and a half miles from the town of Corinth in Denton County - for a decade, the site of the small village of Alton. The county was formed in 1846, and the first pioneers chose a location along Pecan Creek for the first county seat. The site was later named Pinckneyville in honor of Texas’ first Governor, James Pinckney Henderson. However, Pinckneyville only held the title of county seat for two years. Water shortages led to the decision to move the county seat to a new site in the summer of 1848.
Commissioners were appointed and directed to lay out a town and sell lots on the new site. However, there are no records to show this was ever done, and no public buildings were ever erected. The only residence built in the area was named after W.C. Baines, who had established the farmstead before the designation of the county seat. The majority of the time, county business was held at the building known as Baines' Residence. Once again, the location of the county seat proved to be unfavorable - this time because of the lack of potable water. In November of 1850, the new town of Alton was nominated as county seat.

Increased horse traffic led to the construction of the bridge, which remained heavily used until 2001, when vehicle traffic was moved to another adjacent bridge. With less vehicle travel on the bridge, it became more important as a link connecting Elm Fork and Pilot Knoll Hiking Equestrian Trails.

The bridge acquired its nickname because many people who have crossed at night claim to see a demonic figure of a man with a goat’s head waiting for them at the other side. The urban legend purportedly stems from the 1938 murder of a successful local African American goat farmer. The success of the farmer, dubbed "the Goatman" by local businessman Oscar Washburn, was unwelcome to many, and members of the local Ku Klux Klan allegedly kidnapped the farmer and hung him over the side of the bridge. Supposedly, when the lynch mob looked over to see if he was dead, the noose was empty. The telling and retelling of this story saw the myth spread that if you crossed the bridge at night without any headlights, you would be met on the other side by the Goatman - giving Old Alton Bridge its nickname.