William Kirby, Congregational Minster 1805-1851, Benjamin Henderson a worker on the underground railroad came to Rev. Kirby for assistance in providing food, housing, and transporting runaways. Edward Kirby, son of William would later recall in a May 11, 1896 letter to Wilbur Siebert some of his memories. Edwards talked about when he was a boy, occasionally fugitives would stay overnight or longer in his father's home, even when Rev. Kirby was not home. “Though of course this was usually, if not always, in my father's absence”. 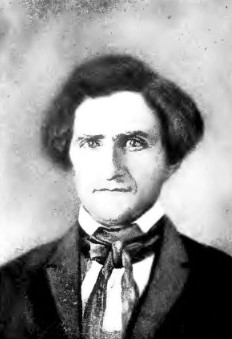 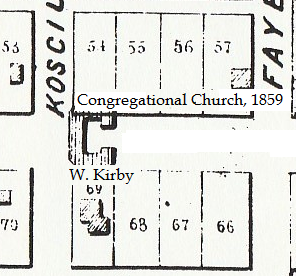 Despite his ministry that often took him away from Jacksonville, Rev. William Kirby was still very much part of the local  Congregation church UGRR group.  Kirby originally came to  Jacksonville to teach at Illinois College. Prior to coming to Jacksonville, William graduated from Yale Divinity College in 1827 and became part of the Illinois Association, locally called  “The Yale Band” that founded Illinois College. Before he moved to Jacksonville he become ordained on March 22, 1831 in Gilford, Connecticut. Later that year William Kirby arrived with his wife, Hannah McClure Wolcott, the daughter of Elihu Wolcott, and over the years had seven children. After two years, due to poor health, he stopped teaching at Illinois College and resumed his ministry as a circuit rider that took him away from family. (Batmen, 872) About the time he went back to his ministry, Rev. Kirby was part of the American Home Missionary Society which was the same society that helped established Illinois College. The family lived on West College Street in a brick house across the street from the 1859 Congregational church. December 20, 1851 Kirby died at the age of 46. His involvement was limited do to his ministry that took him away from Jacksonville