Dr. Alonzo Kenniebrew is the man who founded the worlds first surgical hospital owned and operated by a black physician. He was a graduate from the Washington's Tuskegee Institute, Central Tenessee College, and Meharry Medical School. He was also a good friend of well known figures such as Booker T. Washington and George Washington Carver. He was a resident of Springfield Illinois where he lived and later died.

A picture of Dr. Alonzo Kenniebrew. 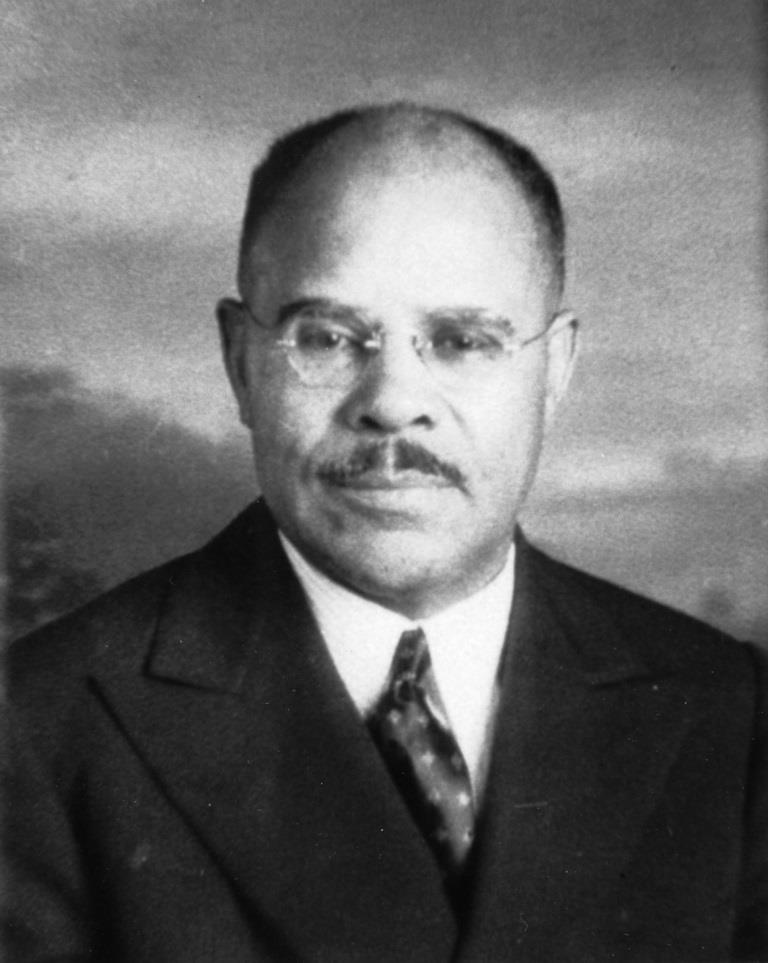 The gravestone of Dr. Alonzo Kenniebrew 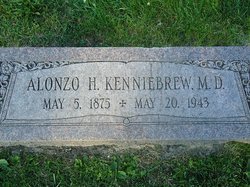 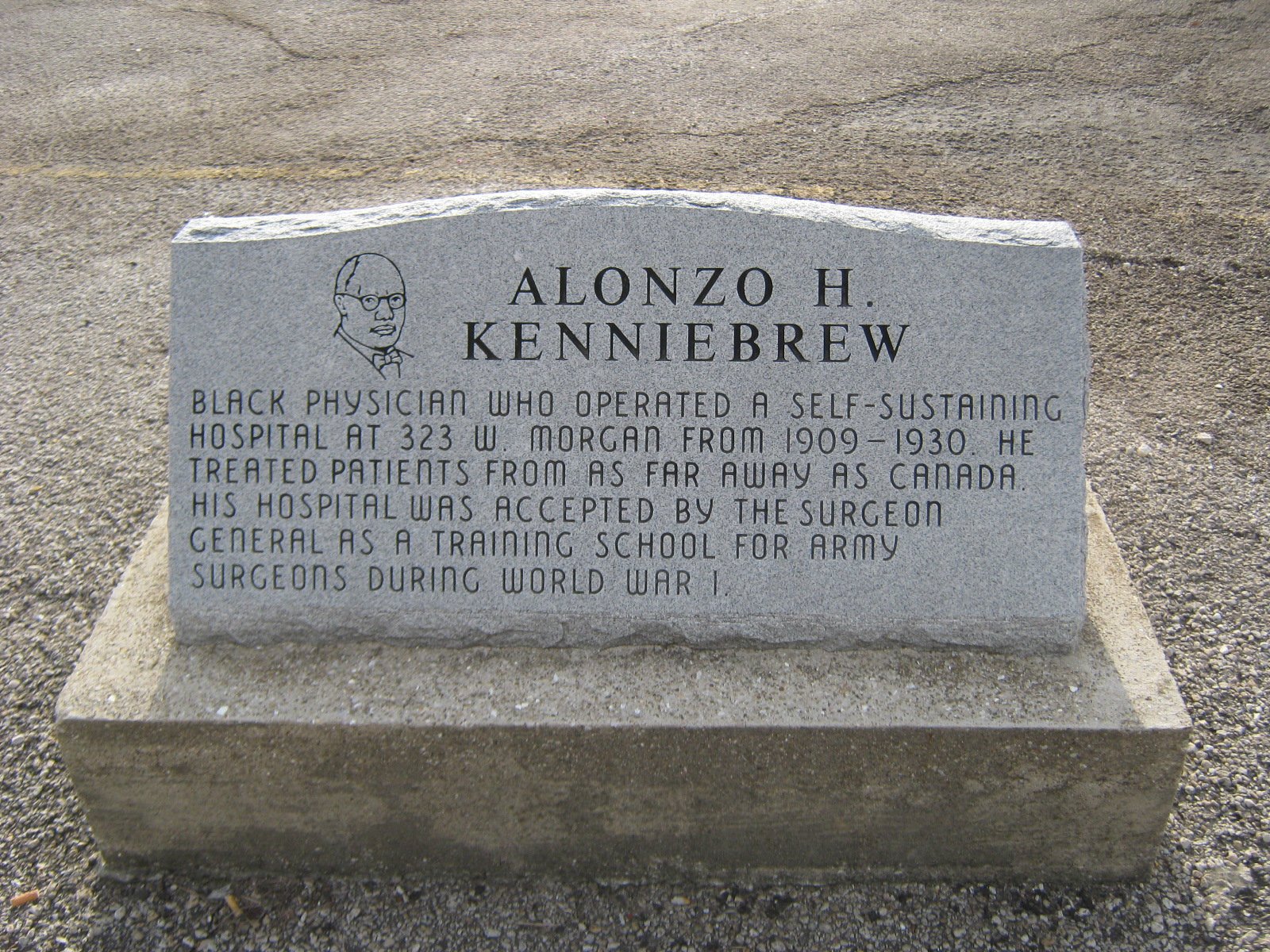 Dr. Alonzo Kenniebrew was born in Shorter, Alabama in May of the year 1875. He spent most of his young years here until he decided to leave and pursue the medical field. He attended Washington's Tuskegee Institution, Central Tennessee College and Meharry Medical College, plus post-graduate work at Harvard. After graduating and becoming a physician he returned to Washington's Tuskegee Institution where he became the school's medical director and a physiology professor. Here he met his later wife, Lenora Chapman who was originally from Illinois but was serving as the Dean of Women at Washington's Tuskegee Institution.
He later moved to Jacksonville Illinois in the year 1903, he applied to work at many local hospitals and after being denied medical privileges, in 1909, he opened the city's first known surgical hospital owned and operated by a black physician. The hospital was later named the New Home Sanitarium. His hospital started off as a small six room building which acted as a surgical hospital and a training school for nurses as well. The building later grew to be a 67 room three story building. Dr. Kenniebrew had an all African American staff although 90% of his patients were said to be white. He was the personal physician to many popular faces of the time, including his close friend Booker T. Washington. He even treated patients sometimes from as far away as Canada.
Dr. Kenniebrew and his first wife divorced soon after coming to Illinois and in 1927, Dr. Kenniebrew suffered a stroke. He had planned to return to the hospital once recovered but in 1929 the city decided to take the property in order to extend the street. Soon after, in 1930, he married to his second wife, Jessie Mae Schultz (who was previously his bookkeeper), and the couple moved to Evanston, Illinois. They lived here for three years until they decided to move to Springfield, Illinois. Dr. Kenniebrew opened a new medical office in Springfield, the office moved places over the years but he worked at this office until the year 1940 when he retired due to health issues. His health worsened until finally Dr. Kenniebrew passed away in the year of 1943.