Harry T. Moore, born Nov.18, 1905 was a famous Civil Rights activist in St. Augustine, Florida. He graduated from Florida Memorial College with a teaching degree. In 1934 he decided to join the NAACP. The NAACP opened many doors for Moore because he started a civil rights movement. The downfall of joining the NAACP was that he and his wife both lost their teaching jobs. 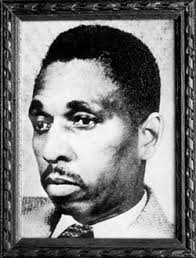 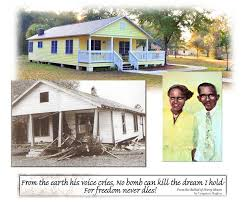 As a NAACP leader, Moore had many contributions. In 1949, two black men Walter Irwin and Sammy Shepherd were accused of raping a white woman. These two men were sentenced the death penalty in the Groveland case. It got overturned, and in 1951 Sheriff McCall was driving the men back to Lake County. He said that they were trying to attack him while in handcuffs, and shot and killed them. This event cause Moore to rally for McCall’s suspension for murder. His involvement in the case caused an uproar with the people of St. Augustine.

Six weeks later, on Christmas Eve in 1951, tragedy stuck his home. A bomb was placed underneath his home, killing both him and his wife. The death of Moore shook the community. There were rallies and protests over his murder. It has been believed that the KU KLUX KLAN are the ones who placed the bomb. The fact Moore was very involved in the Groveland Case, made him hated by many, especially the KKK. Moore, who had a great impact on the start of Civil Rights movement, was the first NAACP official who was killed.

In memorial of Harry T. and Harriette Moore, there is a cultural complex center in St. Augustine. The complex was built to share the history of Moore and his accomplishments. A replica of his house that was bombed is also found here. Every year, the complex has a Moore festival to appreciate and celebrate their lives. Educating visitors is the main goal of the cultural complex.