Marquette University's Jesuit Residence Hall, located at 1404 West Wisconsin Avenue, was originally a hotel and purchased by Marquette in 1962. The building was home to Marquette's community of Jesuit priests from 1973 until 2015. The building was replaced by a new residence hall that is part of the new North Common, the green space between the Alumni Memorial Union and Schroeder Hall.

An image of the Jesuit Residence Hall 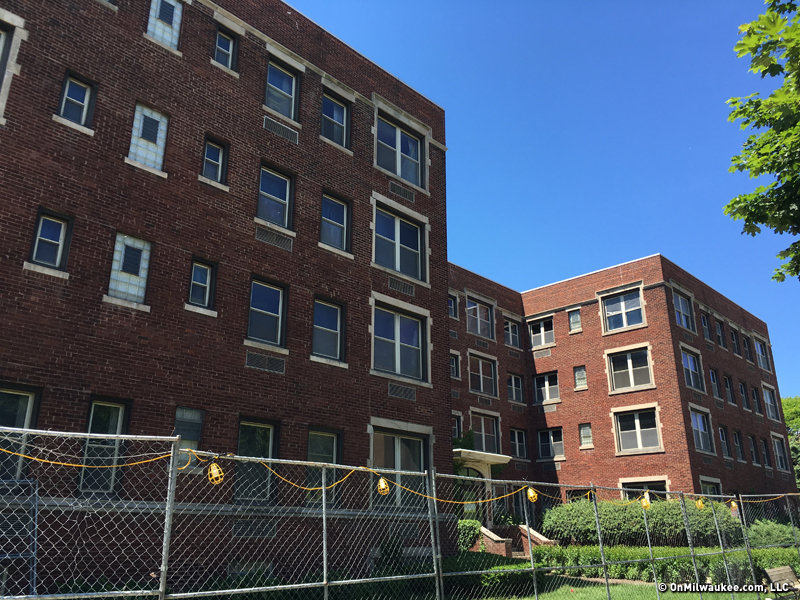 Marquette's Jesuit Residence Hall included a chapel, classrooms, administrative offices, a barber shop, and a dining room. The Jesuits who lived there were active in Marquette's classrooms and the community. Jesuit Fr. Michael J. Zeps S.J, an associate professor of history, lived in the residence hall and was the assistant rector of the Jesuit community from 1988 to 1991. He described the community of Jesuits who lived at the "Jes Res" as being involved and active, upholding beliefs like "caring for the whole person" and "striving to develop men and women who will dedicate their lives to the service of others."

The Jesuits held tight to their identity and tradition as a Catholic, Jesuit institution by putting an emphasis on higher education and being environmentally friendly. In 1990, the Stuessi Garden was added to the residence. In addition to the many different plants, the garden included stones and gargoyles.

Later, as the number of Jesuit declined and expenses related to the maintenance of the aging building increased, the "Jes Res" became increasingly untenable for the university to maintain. Marquette decided to build a new and more economic residence building. The new Jesuit Residence Hall - named in honor of Dr. E.J O'Brien - was completed in October of 2015. Dr. E.J O'Brien graduated from Marquette's medical school is 1928 and became a physician. He is also the father of Patricia Schneider, the facility's lead donor.