Built in 1858, this is the former home of Charles Stuart who served in both houses of Congress and was the Senate President pro tempore in the 1850s. During these years, the nation debated issues related to the extension of slavery to western lands the U.S. acquired from Mexico. Stuart and other Northern Democrats typically followed the lead of their Southern counterparts until 1860, when the actions of enslaved persons who escaped bondage led to additional political debates that fractured the Democratic Party's uneasy truce on the slavery question and led to the fracture of the party into two separate sectional parties. The current neighboring communities of Stuart and West Douglas demonstrate the friendly relationship between Stuart and Stephan A. Douglas, who ran against Lincoln in 1860. 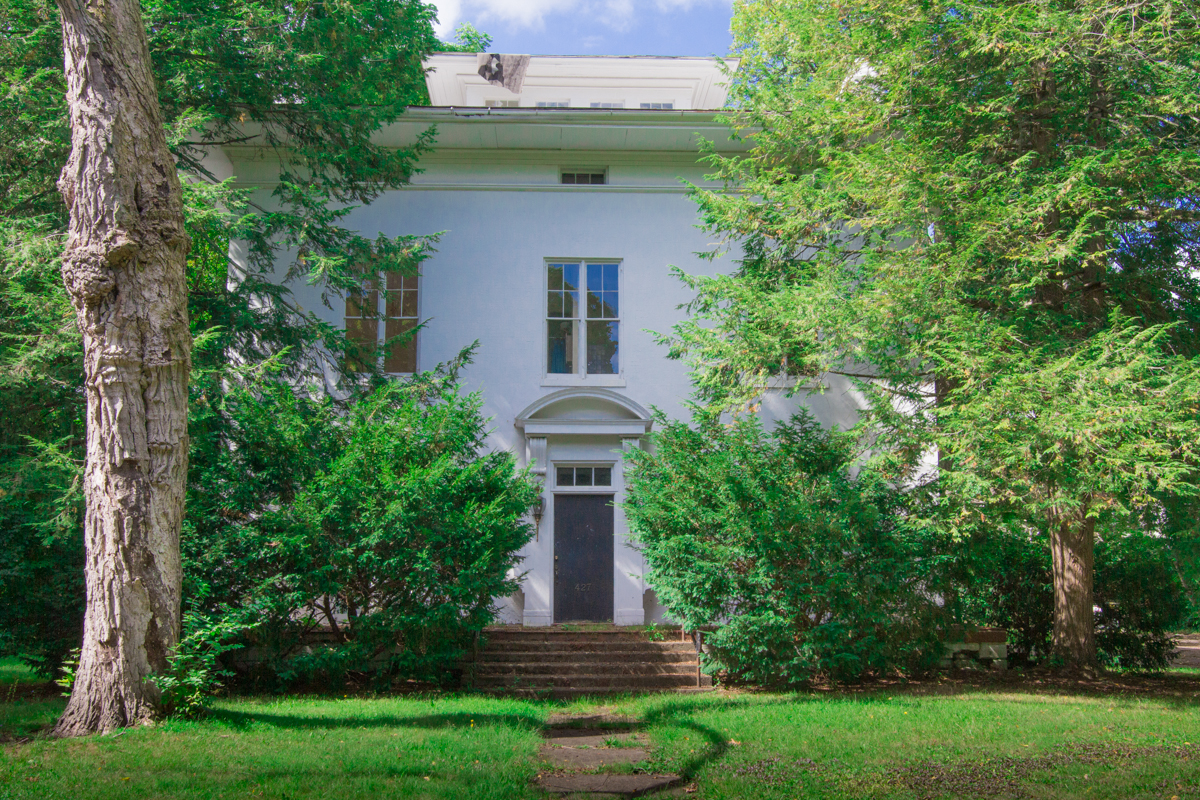 The historic house was the home of Senator Charles E. Stuart, who was born in New York in 1810 and then came to Kalamazoo in 1835 when he was 25. He began his career as a lawyer but served in the State Legislature by the 1840s and then in Congress by the 1840s. He served as a U.S. Senator during the 1850s, including as its second-highest ranking member, when expansionism and slavery questions dominated discussions on the Senate floor, eventually leading to the U.S. Civil War not long after his term ended in 1859.
When Stuart arrived in Kalamazoo in 1835, he formed a law firm with Governor Epaphroditus Ransom. He increasingly grew more political, becoming active in the Democratic Party so that by 1842 he successfully won an election to serve in the Michigan State Legislature. Not long after, he moved to the U.S. House of Representatives where he served from 1847-1849 and 1851 - 53. His political career then peaked in 1853 when he moved to the U.S. Senate, where he not only served until 1859 but also as its President pro tempore (the second highest ranking member of the Senate) from 1855 - 57. He did not run again after his term ended in 1859, but instead, he unsuccessfully ran for governor of Michigan.
As a Senator, he often noted that his constituents firmly believed in states free of slavery. However, he also sided with Illinois Senator Stephan A. Douglas on many issues related to post-Mexican War expansionism and the question of slavery's expansion. He stood with Douglas in advocating that Kansas decide its fate regarding the issue of slavery and like Douglas, he refused to intercede when pro-slavery Missourians illegally sought to control Kansas by electoral fraud and violence. By 1856, these conflicts led to the moniker of "Bleeding Kansas" due to the often violent battles regarding the issue of slavery.

By the late 1850s, Northern Democrats were more assertive about the rights of Northern states to enforce the law within their own borders. Southern Democrats insisted that slave catchers could enter any Northern state and compel local law enforcement officials and judges from enforcing the terms of the federal laws related to runaway slaves.
Charles Stuart purchased the historic home from local businessman Hiram Arnold in 1858 and quickly added substantial acreage to his property.  As noted by the Kalamazoo library, "Stuart imported Italian marble for his fire-places, paneled walls in mahogany, supplied a library for himself and a ballroom on the third floor for his social evenings. He even installed the village's first indoor bathroom." As well, the home also possessed the city's first, working indoor plumbing, complete with wooden pipes.
The home proved to be a favorite gathering place for the town's elite; Stuart often hosted extravagant parties. In1858, he built an elegant Italian Villa on what is now known as Stuart Avenue (and now part of the historic Stuart district). Not long after the completion of the Villa, Stuart hosted Stephen A. Douglas to Kalamazoo during Douglas' 1860 presidential campaign. Stuart later renamed a street Douglas Avenue in his honor. Today, the West Douglas and Stuart neighborhoods share a border in southwest Kalamazoo.
Stuart and many in his family occupied the house until 1883. He remained active as a lawyer and in politics until the 1870s, when rheumatism left him incapacitated. The house then passed from owner to owner through much of the first couple of decades in the twentieth century.