The twenty-one story building (1911-14) served as the home to the Continental and Commercial National Bank, which grew to become one of the most influential banks in the nation at the time when Chicago's banks proved integral to the nation's economy. The massive bank also comprised one entire city block, an imposing stricture to match its economic influence. As well, the building is one of the last buildings designed by famed architect Daniel Burnham. 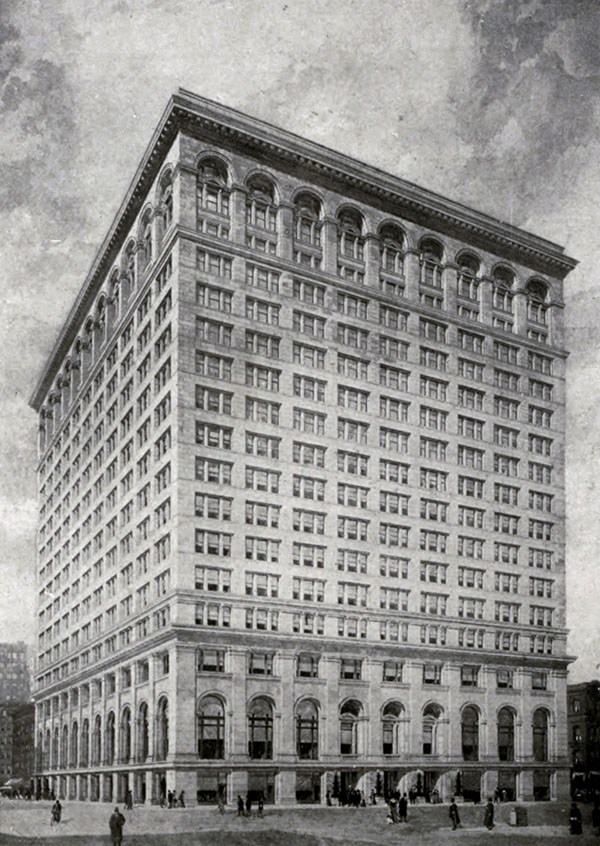 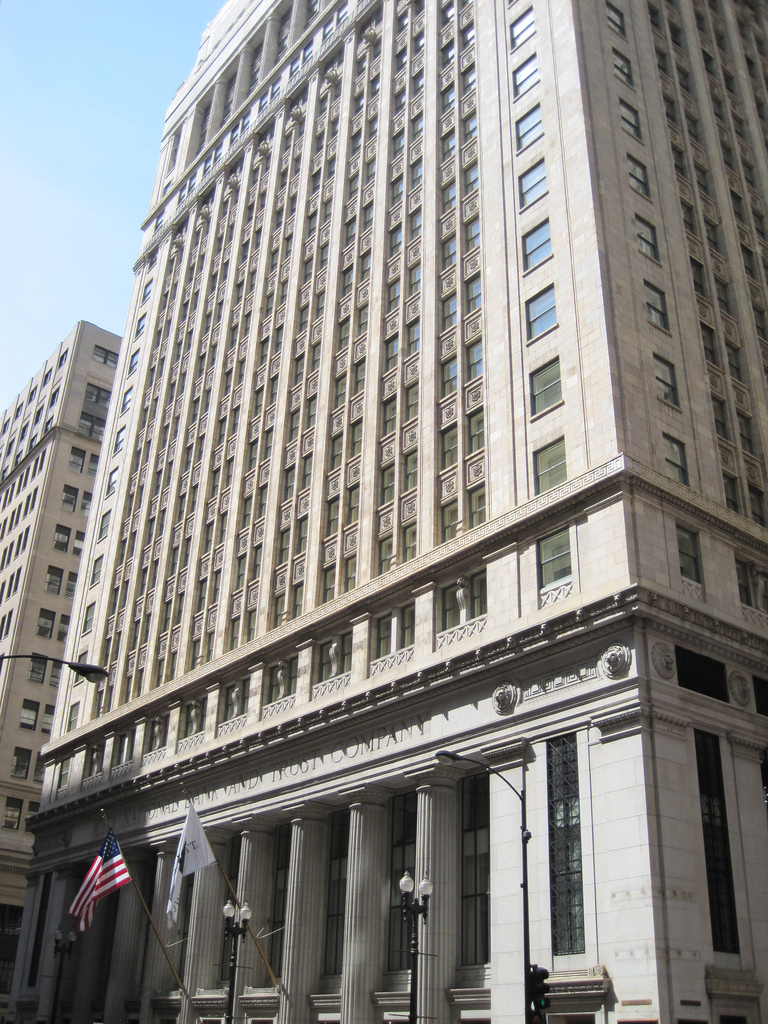 Designed by D.H. Burnham and Company in 1911 (completed in 1914), the Continental and Commercial National Bank serves as an example of the popular Classical Revival Style in Chicago. Covering one city block and rising twenty-one stories, it was one of the largest private office buildings in the nation. The building also stood as one of the last buildings designed by the famed architect and urban planner, Daniel Burnham.
The Continental and Commercial National Bank Building was one of Daniel H. Burnham's last two designs before his death on June 1, 1912, at the age of 66. Burnham gained fame as an integral figure within the Chicago School of architecture, was the principal author of the 1909 Plan of Chicago and served as the chief architect in the design of the Chicago's 1893 World's Fair (Columbian Exposition).  He also served on the bank's board of directors, which first led him to recuse himself from consideration for building the structure before he finally bid for, and accepted the job.
The bank proved to be the first privately owned building in downtown Chicago that occupied one city block, a distinction usually reserved for department stores and civic buildings up to that point.  Bank president, George Reynolds, spent several years acquiring the land. As a result, it stood as the city's largest site to support a private office building, and when coupled with its height of twenty-one stories, stood as one of the largest office building in the United States.
Reynolds worked in Chicago as one of the city's leading bankers for more than twenty-five years during a time when Chicago developed as a major urban center and as an economic, industrial, and transportation hub. As such, the city required banks with considerable lending capacities to handle the demand for credit necessary for large businesses and new construction.
As President of Continental and Commercial Bank (founded two years after the passage of the 1863 National Bank Act), Reynolds oversaw tremendous growth of the bank, which became one of the country's largest banks (and banking networks) and helped introduce modern banking processes into the financial world. Moreover, the bank proved to be an integral factor in moving Chicago away from its dependence upon "Eastern capital."
Reynolds and Burnham filed for the building permit only two weeks before Chicago imposed a 200-foot height limit on future skyscrapers, the building's height reached 260 feet. The massive, free-standing design complete with double-loaded corridors allowed for better lighting for all workers as there were no party walls for which workers had to contend, an architectural trend during the era intended to combat the urban ills (or urban degeneration) of the nineteenth century associated with a perceived lack of natural sunlight or fresh air.
The completion of the Continental and Commercial National Bank set in motion a trend that saw the construction of many more block-sized buildings throughout the "roaring" 1920s. Most of the buildings arose nearby the Continental and Commercial National Bank under the direction Burnham's successor firm, Graham, Anderson, Probst, and White (who also oversaw the completion of the Bank building, but made no alterations to Burnham's design).

Smith, Carl. The Plan of Chicago: Daniel Burnham and the Remaking of the American City. Chicago: University of Chicago Press, 2006.