Founded in the Liberia community of Pickens County, Soapstone Baptist Church is the oldest African American church in upstate South Carolina. It was built by former slaves in the years following the Civil War. The church takes its name for an outcropping of soapstone near the structure and still holds services, as well as old-fashioned fish fries which are locally famous. 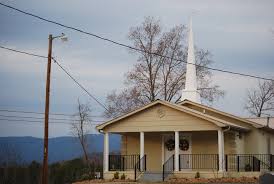 The soapstone that gives the church its name 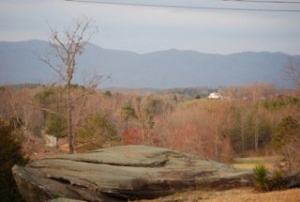 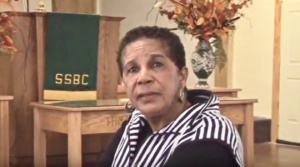 In the years following the Civil War, a small community of former slaves flourished in the rolling hills of upstate South Carolina. After the defeat of the Confederacy and the abolition of slavery, many whites fled the area, leaving former slaves to farm and work the land. They named their community Liberia, presumably as an acknowledgement of their status as newly liberated slaves.

Early founders of Liberia, including James McJunkin, also founded a church in Liberia, which they named Soapstone Baptist Church because of a large outcropping of Black soapstone on the property. Before the first church building was constructed, McJunkin and other early Liberia residents held services beside the rock. Early church members chiseled off pieces of that rock to make gravestones for their family members. They also built a school on the grounds.

Over the course of the twentieth century, the population Liberia dwindled, as African Americans moved out of the South for better opportunities and to escape racism and segregation. By the 1950s, there were fewer than 50 African Americans living in Liberia, and the membership of Soapstone declined along with the community. In the 1960s (some sources say 1966 and others say 1967), the Ku Klux Klan burned the church. The church was eventually rebuilt, along with a fellowship hall.

In 2009, surveyors working on the property discovered evidence of graves. The graves were unmarked and were in an area that had become overgrown. Shortly after the discovery, anthropology students from Clemson University, led by Professor Mike Coggeshall, worked to identify and uncover the remaining graves at Soapstone. The graves were then cleaned and marked.

Today, Soapstone has a very small membership, but still holds weekly services. In recent years, church member (and descendant of James McJunkin), Mable Owens Clarke, began holding fish fries to raise money for the operation and upkeep of the historic church. The fish fries have grown over the years and have become locally famous, bringing in visitors from the surrounding areas. The money raised by the events--which are held on the third Saturday of every month--not only keep the church afloat financially, they also keep the church relevant and bring its long history to a broader audience.