The historic Boardman House was built in 1866 for George McChain, but it is most associated with its second owner. The second resident of the home was Douglass Boardman, the first dean of the Cornell University Law School. Following the death of Boardman and his wife, the house was purchased by the Ithaca Conservatory of Music. In the late twentieth century, the building was nearly demolished, but was spared because of the work of Historic Ithaca. The house was listed on the National Register of Historic Places in 1971. 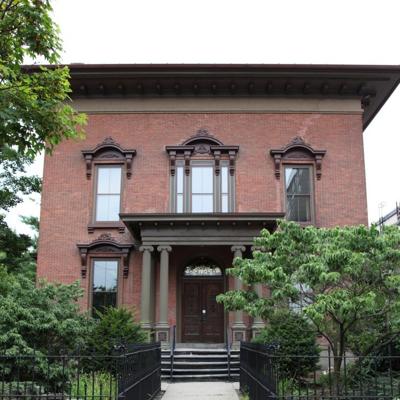 Detail of the entrance of the Boardman House 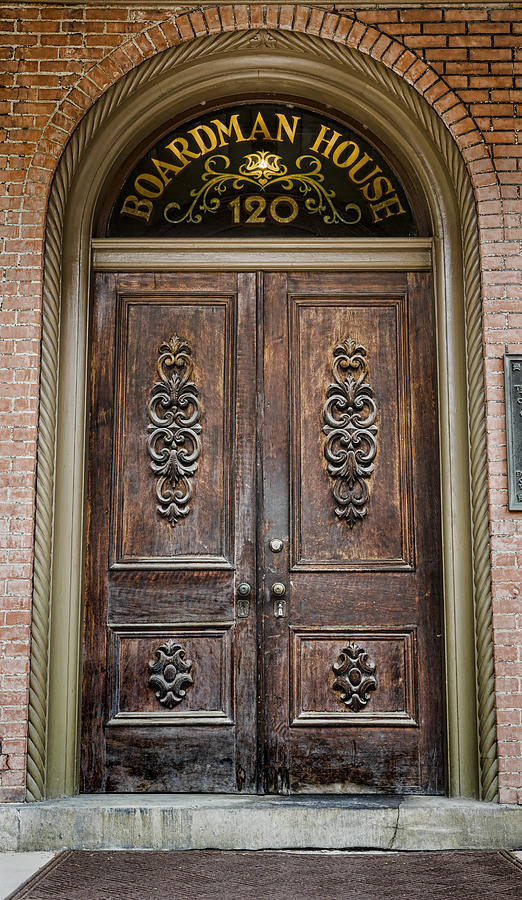 Historic marker at the Boardman House 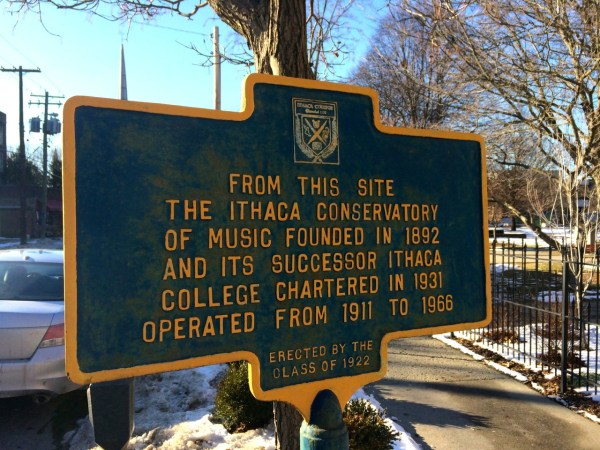 The Boardman House was built in 1866 for George McChain, a publisher who twice served as president of Ithaca. The home was built on land that McChain purchased from Ezra Cornell. After McChain's business was destroyed in a fire, he was forced to sell the home.

The house was purchased by Judge Douglass Boardman, the first president of Cornell University Law School and served on the New York Supreme Court. The Boardman family lived in the home for many years, but in 1910, Boardman's widow sold the home to the Ithaca Conservatory of Music, which later became Ithaca College.

In the 1960s, Thompkins County attempted to buy many of Ithaca College's properties with the intention of tearing them down to be replaced with more modern structures. The county purchased the home in 1972 and in 1975, the Board of Representatives voted to demolish the building, but community protests and the actions of Historic Ithaca saved the home, even as surrounding properties were torn down. In the mid-1970s, Historic Ithaca undertook an extensive restoration of the property. The city owned the home for many years, until it was sold to Joseph Ciaschi, who was active in the preservation of many of the city's most historic properties, including the Boardman House.

This brief walking tour starts at the oldest remaining structure in Tompkins County which served as the courthouse from 1854 to 1923. The tour includes historical markers, such as one that designates the location of the Ithaca Conservatory of Music, as well as historic buildings such as the Clinton House, State Theatre, and Boardman House. Be sure to also visit Ithaca's historic St. James AME Zion church just a few blocks west of this tour as well as the many museums and historic buildings at Cornell University.