The Schmitt Log House was built in the 1840s and was originally located in what was known as the "French Settlement" near Ellicott Creek Road and Niagara Falls Boulevard. The house was a part of a 25 acre farm. Here at Buffalo Niagara Heritage Village, the Schmitt Log House shares the story of the immigrant experience, the Erie Canal, and farming in early 1840s Western New York. 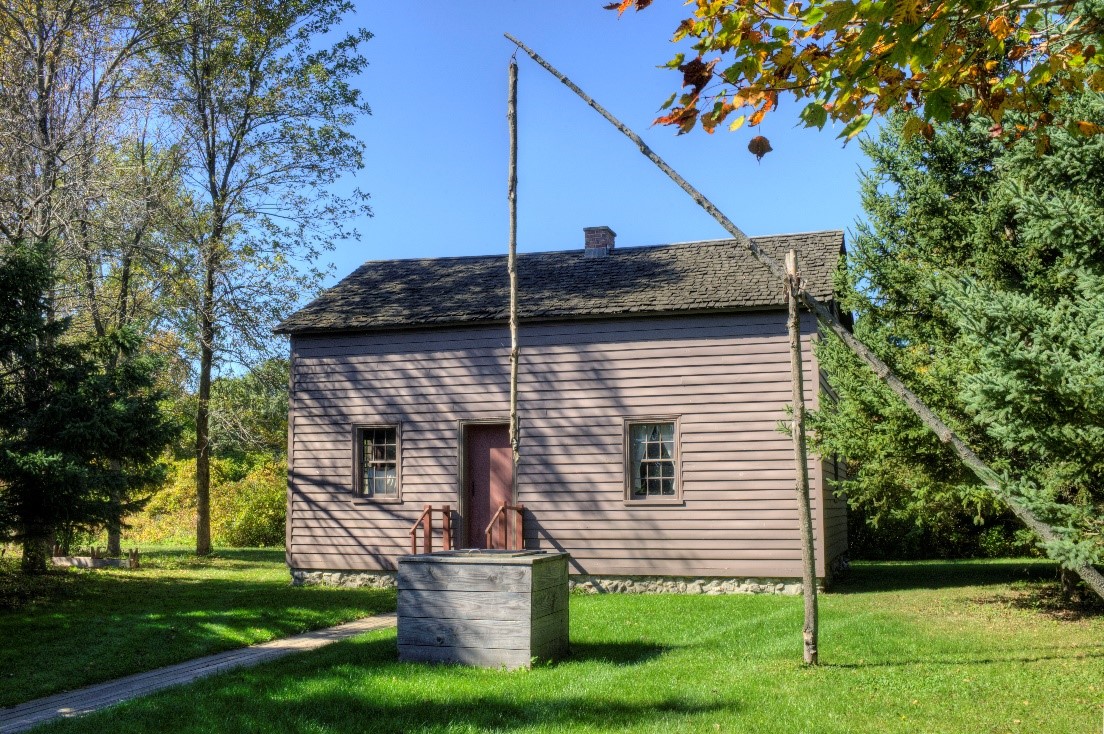 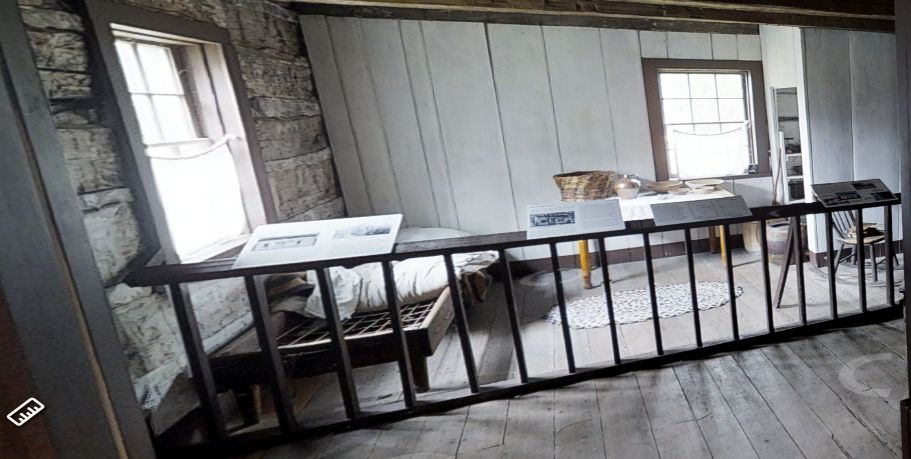 The Schmitt House is a hand hewn log house using mortise and tenon joinery, enhanced exteriorly with clapboards and inside in part with cut boards. The horizontal spaces or joints between logs are usually filled with a combination of materials that together is known as "chinking" and "daubing." Chinking and daubing completed the exterior walls of the log pen by sealing them against driving wind and snow, helping them to shed rain, and blocking the entry of vermin. A variety of materials were used for chinking and daubing, including whatever was most conveniently at hand. Generally though, it is a three-part system applied in several steps. The chinking consists of two parts: first, a dry, bulky, rigid blocking, such as wood slabs or stones is inserted into the joint, followed by a soft packing filler such as oakum, moss, clay, or dried animal dung. Daubing, which completes the system, is the outer wet-troweled finish layer of varying composition, but often consisting of a mixture of clay and lime or other locally available materials.

The Germanic heritage is strongly reflected in the construction of the Schmitt Log House. The Germans were known for the use of hewn logs, placing their chimney in the center of the house resulting in a door and window placement which was asymmetrical to avoid the partition that ran from either side of the chimney and a first floor plan consisting of two rooms, ie. the “Stűbe” or living area and the “Kűche” or kitchen. Stairs to the second floor loft were off the “kűche”.

Henry Schmitt lived in the Schmitt Log House with his wife Rosa, six children, mother-in-law and possibly a farm hand. The Schmitts were part of a large German immigration to the United States from the early to mid 19th century. They were from a part of Germany (now belonging to France) called Alsace-Lorraine. They most likely traveled across the Atlantic, made their way up the Hudson River and across N.Y. via the Erie Canal to the Amherst area. One of the first families to reap the benefits of the western section of the Erie Canal.

The Schmitts farmed the land around their house from 1838 to 1851 and lived a relatively simple life judging from the inventory of possessions at Henry’s death at age 44 yrs. in 1851. After Rosa’s death in 1867, the Smith children sold the farm and house to their brother, Charles Smith for $1,250.00. In 1869, Charles increased the acreage of the farm, leased it to Peter Haller in 1879 and then sold it to two Buffalo residents, Jacob Reiner and Valentine Dechert, who held the property for decades.

Outside the Schmitt Log House there is a replica of the well which the Schmitts would have dug and maintained. Tons of water would have been carried into the house for drinking, cleaning, cooking, and to the barn for the farm's animals.

Once inside, you can see how the walls and ceiling beams are made of squared-off hewn logs. Adz and broad axe cutting marks ("fingerprints") can be seen in the beams. The Stube (living area) is off to the right and the kuche (kitchen area) is off to the left. The house is sparsely furnished due to the fact that as immigrants they would not have owned a lot of luxury goods.

For immigrants from Alsace-Lorriane, like the Schmitts,“the trip took about three months on a sailing vessel and they reached the Town of Amherst by canal boat from New York City. Settlers brought with them their household goods, seeds to plant and a small stack of provisions, which were often exhausted before the land could be cleared and a crop raised. Since the pioneer usually brought a gun, he could hunt small game and an occasional deer or bear and his oxen could be used for food if necessary. Men would come for miles around to help their neighbor with a “house raising”. Logs twelve to sixteen feet long were cut and experienced men built the corners of the cabin. Others “laid up” the sides, using smaller logs, then a door and a window were cut. The roof was built of wooden “shakes” about three feet long” (Young, A History).

Miller Young, Sue. A History of the Town of Amherst.