Listed on the National Register of Historic Places, Frontier House is one of the more historic buildings in Lewiston. It was built in 1824 in the Federal architectural style and was for a time one of the finest hotels in the country. Offices were located on the first floor, a ballroom occupied the entire second floor, 14 guest rooms were on the third floor, and the fourth floor was used as a meeting space. Several prominent figures of the 19th century stayed at Frontier House including Secretary of State Henry Clay, President William McKinley (who arrived on September 6, 1901, the day he was shot; he died eight days later), Swedish opera singer Jenny Lind, and writer Mark Twain. It served a number of purposes over the course of its history including a private residence, museum, fine dining restaurant, and, surprisingly, a McDonald's restaurant. As of early 2019, the Lewiston Village Board appears to be in the process of deciding whether to restore it or find a developer to do so.

Frontier House was once one of the country's finest hotels. Many famous people stayed at the hotel including Mark Twain and Henry Clay. 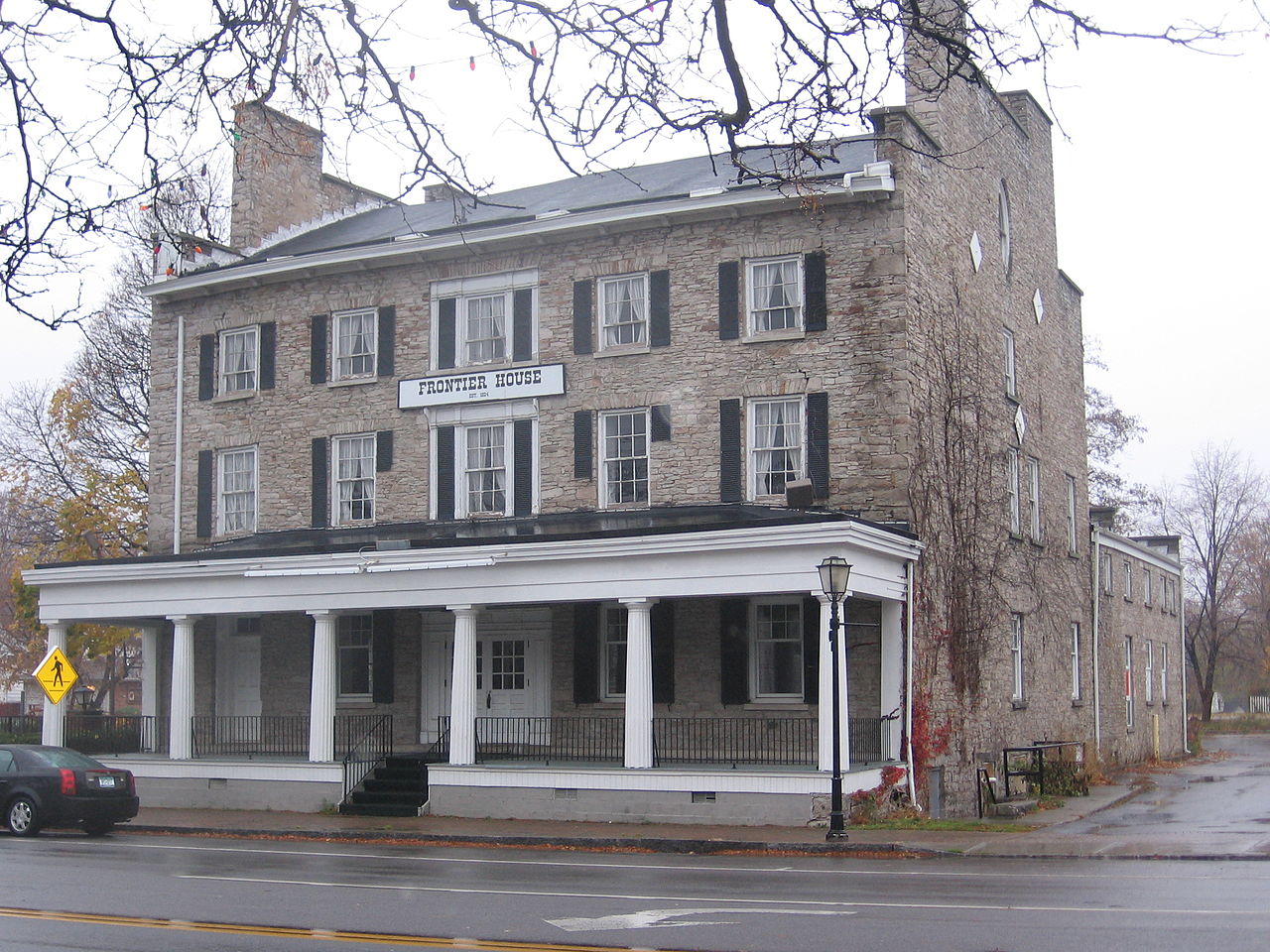