The LeMoyne Crematory, located in the North Franklin Township near Washington, Pennsylvania, is significant as it pertains to the areas of social history, medicine, and the sanitation movement in the United States. The crematory was built during a period of history characterized by increased awareness and concern for sanitary disposal of the dead. Interment had been linked to the spread of diseases while the cremation method was deemed clean and germ-destroying. The crematory is also notable for its association with its founder, Dr. Francis Julius LeMoyne, who was the most prominent advocate of cremation in the United States. LeMoyne was a local citizen associated with medicine as well as education, abolition, politics, and philanthropy. Finally, the crematory is significant for its connection with engineering history, as Dr. LeMoyne manipulated the industrial technology of the day, resulting in the creation of his own retort and furnace for the purpose of burning human corpses. 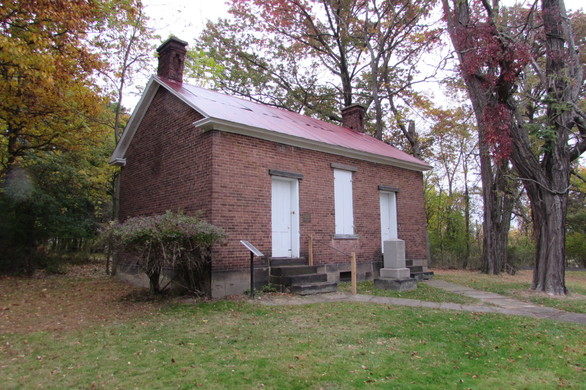 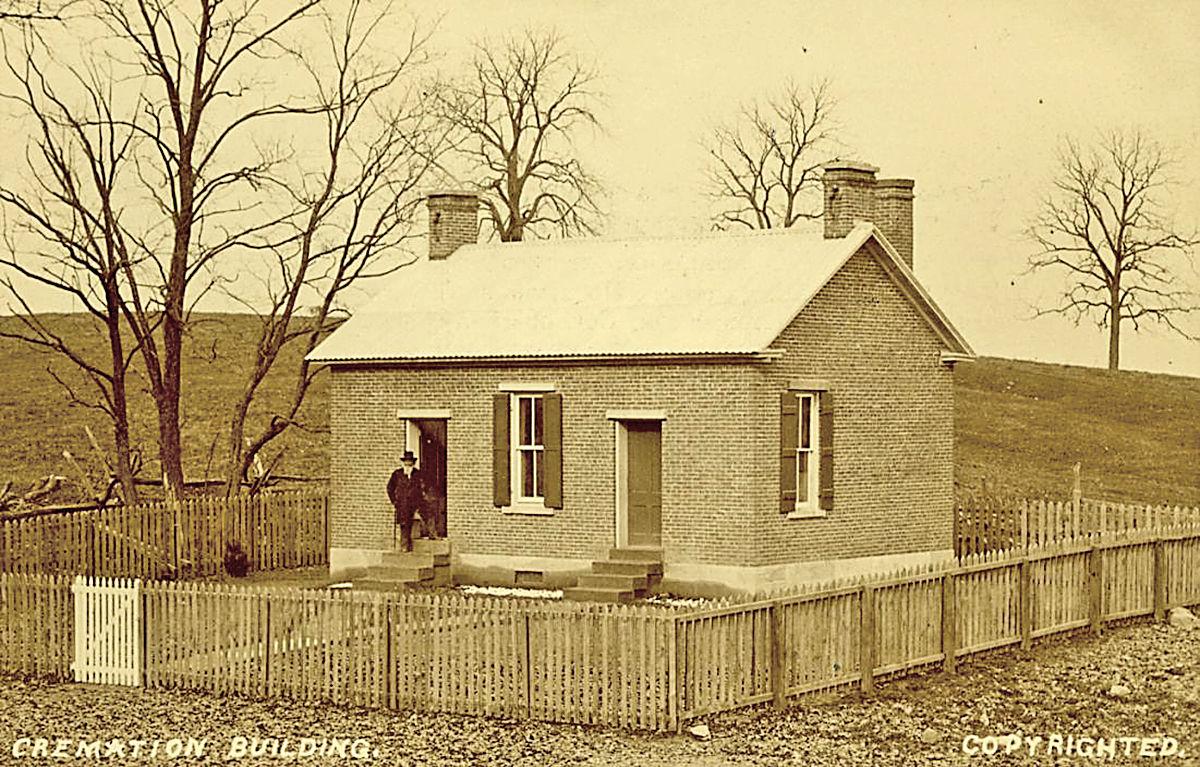 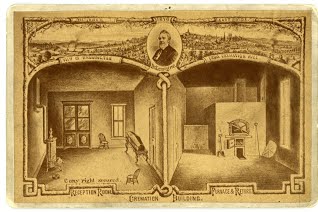 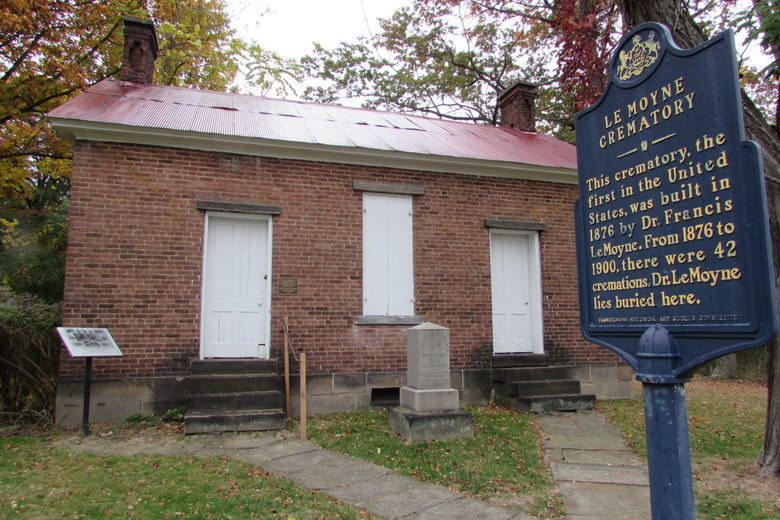 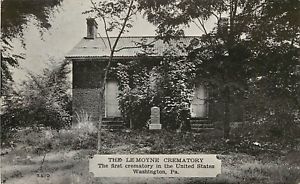 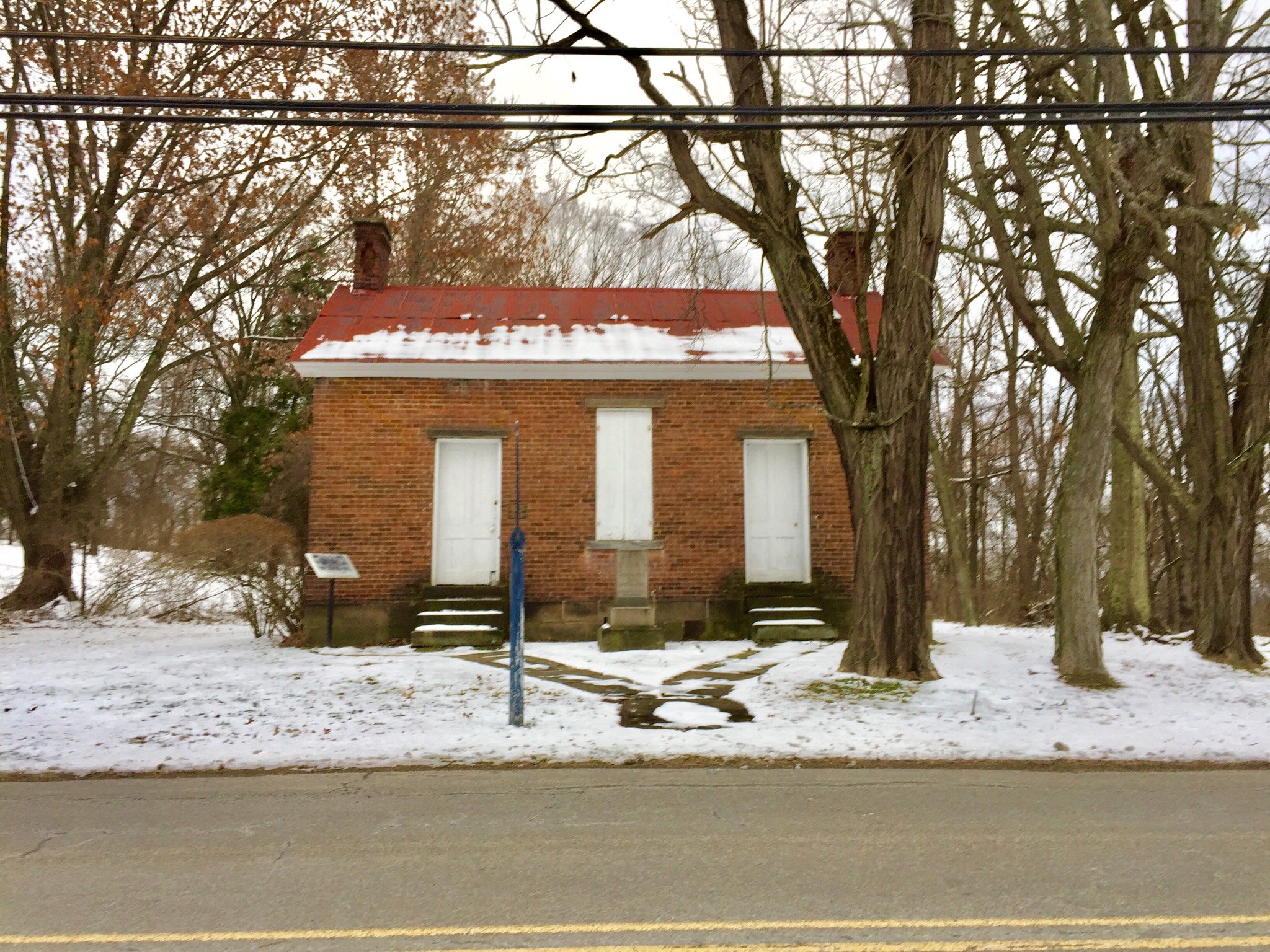 The origins of the first cremations can be traced to the eastern world. Hindus built large funeral pyres and placed dead bodies on top to burn in the open air. Buddhists in Japan used similar cremation methods, bodies were put into tubs to be burned in outside settings. Around A.D. 647, imperial rule banned elaborate funerals. Wealthy Japanese were encouraged to cremate bodies. Many of the Jewish rulers in the Bible were cremated, including Saul and his sons, as stated in First Samuel. According to Homer, the Greeks burned bodies for sanitary reasons. They built large pyres on battlefields to burn the bodies of soldiers and to prevent the bodies from spreading disease. Romans practiced both earth burial and cremation. Eventually cremation became a sign of higher social standing. Earth burial was used for lower classes as well as murderers and those who committed suicide. Cremation, however, became a norm among Romans after the First Century A.D. Tombs and columbaria were erected with niches for urns filled with ashes. Cremation continued to spread in Europe until the beginnings of Christianity. Since resurrection and belief in an afterlife is one of the key ideas of Christianity, burning of the body was inconsistent and cremation became less common.

Christian European colonists of the New World and their descendants continued to practice traditional earth burials. Articles protesting the cost of funerals were published in the English Colonies beginning in 1737. Cremation was regarded as a more efficient and less pretentious way to deal with the dead, in direct contrast to the elaborate ceremonies of the Roman era. In the history of the United States only two Christian cremations are documented. Both cremations occurred in the mid to late eighteenth century. One was Henry Laurens of South Carolina who had instructed the executors of his estate to burn his body – if the request was not followed his family would not inherit any of his estate. Laurens feared being buried alive. The other cremation was Henry Barry of Marion, South Carolina, but it is unknown why Barry desired cremation.

In the late nineteenth century westerners were gaining a better understanding of sanitary issues through scientific thought. They revived interest in cremation. The first example was in Great Britain where Sir Henry Thompson experimented with cremation prior to 1865. Sources of the day indicated his use of a reverberating furnace, in which heat was radiated from the roof onto the body – which was reduced to ashes in just under an hour. During 1869, Dr. Brunetti of Italy was also conducting scientific experiments involving cremation. The first modern day European cremations occurred in Milan in 1876 in the first building dedicated to that purpose.

The most prominent of American advocates of cremation was Dr. Francis Julius LeMoyne. Dr. LeMoyne was born in September of 1798 in Washington, Pennsylvania. LeMoyne’s father, John Julius LeMoyne was also a doctor, and once his son graduated from Washington College in 1815, the elder LeMoyne instructed him in medicine. Dr. Francis LeMoyne started a practice in 1822 and became one of the best doctors in the state and was well regarded by his contemporaries. Dr. LeMoyne was a man of unusual insight and ideas for his time - his abolitionist ideas were unusual to his peers. LeMoyne frequently debated anti-slavery issues and at the state level he was one of the most aggressive of the anti-slavery party. He was a member of the Presbyterian Church but disagreed with the church’s view of slavery. He later left the church because of differing views on both slavery and cremation. In the 1870s, Dr. LeMoyne began to seriously consider and promote the merits of cremation. LeMoyne studied the work of Great Britain’s Sir Henry Thompson. By 1876, nine articles were published about cremation indicating the new scientific and health interests in the subject. LeMoyne proposed to donate enough money to the Washington public cemetery to build a crematory. The trustees of the cemetery were amused and did not consider his offer, so, the result was that LeMoyne built the crematory on his own land.

Dr. LeMoyne used $1,500 to erect a small brick building for cremation purposes. Since no crematories existed in the United States, LeMoyne drew up the plans and specifications himself. The Washington County Historical Society retains many of his original documents and correspondence with John Dye, who built the building according to LeMoyne’s plans. The construction of the furnace and retort was difficult, since existing retorts were not large enough to burn human bodies. The retort used was like one used to manufacture illuminating gas, but it was shaped differently. The retort was arched and made of fireclay and was ten-feet-long by six-feet-wide. A large iron door framed with fireclay was fitted on the front of the retort. The corpse was placed in an open iron crate, or bier, and covered with an alum-saturated sheet. The crematory operated in this manner from 1876 to 1901, except for the furnace was converted from coal to gas in 1884.

Atlas Obscura. (2019). The man who built the first crematory in the United States was also the third person cremated there.. [online] Available at: https://www.atlasobscura.com/places/lemoyne-crematory [Accessed 17 Jan. 2019].