Sachs Bridge was designated as Pennsylvania’s “most historic bridge” is 1938 by the state Bureau of Public Transportation. During the Civil War both Union and Confederate Troops used Sachs Bridge while battling in Gettysburg, Pennsylvania. This bridge was most notably used as the start of the retreat of the Confederate Army of Northern Virginia after the Battle of Gettysburg in July 1863. 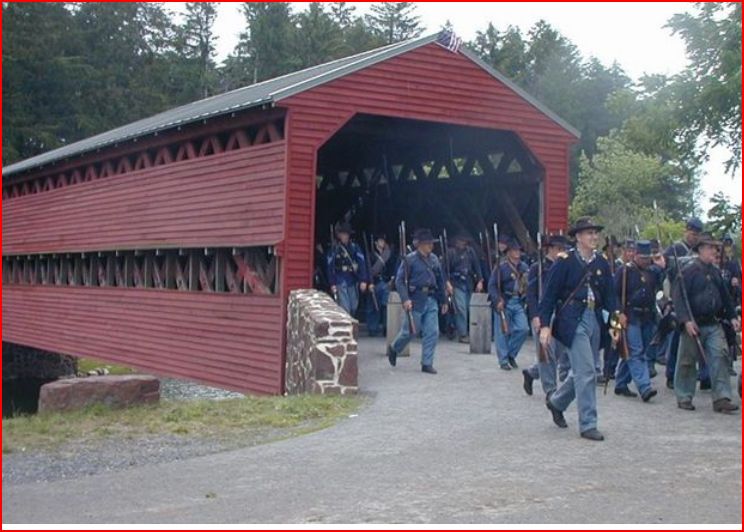 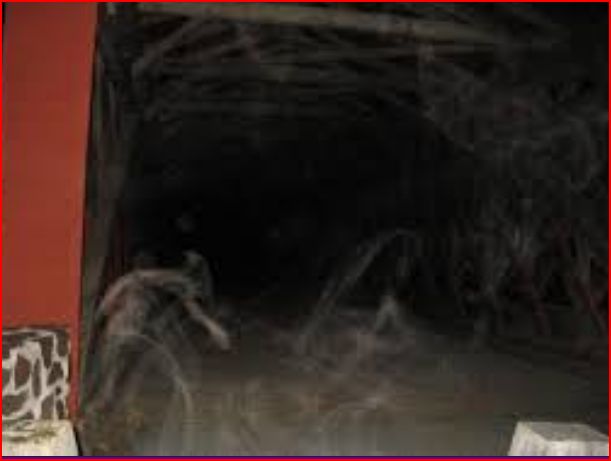 Sachs Covered Bridge was constructed in 1852. The lattice-truss bridge is 100 feet and crosses a small impoundment of Marsh Creek. During the Civil War, Battle of Gettysburg, this bridge was used by both Union and Confederate troops.  On July 1, 1863 Sachs Bridge was crossed by two brigades of Union troops, one set of Union troops was headed to Gettysburg and the other to Black Horse Tavern. Four days later General Robert E. Lee and his Confederate troops crossed the Sachs Bridge as they began their retreat to Virginia after the Union victory at the Battle of Gettysburg.

Sachs Bridge is believed to be haunted and draws crowds of ghost hunters and paranormal investigators. According to legend, three Confederate soldiers convicted of being spies were hung from the beams in the covered bridge and their bodies were found by Union soldiers patrolling the area. Their spirits are said to still haunt this bridge. Many visitors have claimed that they smelled pipe smoke while on the bridge.  Paranormal investigators believe that the pipe smoke smell belong to General Robert E. Lee who retreated across this bridge after the Battle of Gettysburg.

Sachs Bridge was designated as Pennsylvania’s “most historic bridge” is 1938 by the state Bureau of Public Transportation. It was closed to traffic in 1968. In 1996 the bridge sustained major damage from flood waters. The bridge underwent a $600,000 restoration, $500,000 was provided from Adam’s County and the remaining $100,000 was raised to make additional improvements to preserve the bridge. Now the bridge is supported by steel beams and the elevation has been increased by 3 feet. The bridge was rededicated on July 21, 1997.