This historic mansion and lighthouse are situated on the University of Connecticut at Avery Point Campus. The 31-room Branford House was built by railroad magnate and philanthropist Morton Freeman Plant in 1904. It was designed by his wife, Nellie, who studied architecture in France, in the Late Gothic Revival style (English architect Robert W. Gibson executed her plans). Interesting features include a two-story fireplace, a winding staircase made with Italian marble, and paneled walls carved by Italian and German craftsmen. It was added to the National Register of Historic Places in 1984. Today, the university rents out Branford House for events. Constructed in 1943 (during the height of World War II) to help protect the coast from invasion, Avery Point Lighthouse is located just south of Branford House overlooking Eastern Point Bay. It is notable for being the last lighthouse built in Connecticut. It reaches a height of 55 feet and is octagonal in shape and is an active navigational aid managed by the U.S. Coast Guard, guiding vessels into the cove just to the east and through the waters between Pine Island and Avery Point. It is also significant for being a major Coast Guard training center until 1967, where personnel were taught a variety of skills in life-saving, coastal defense, and navigational aids. 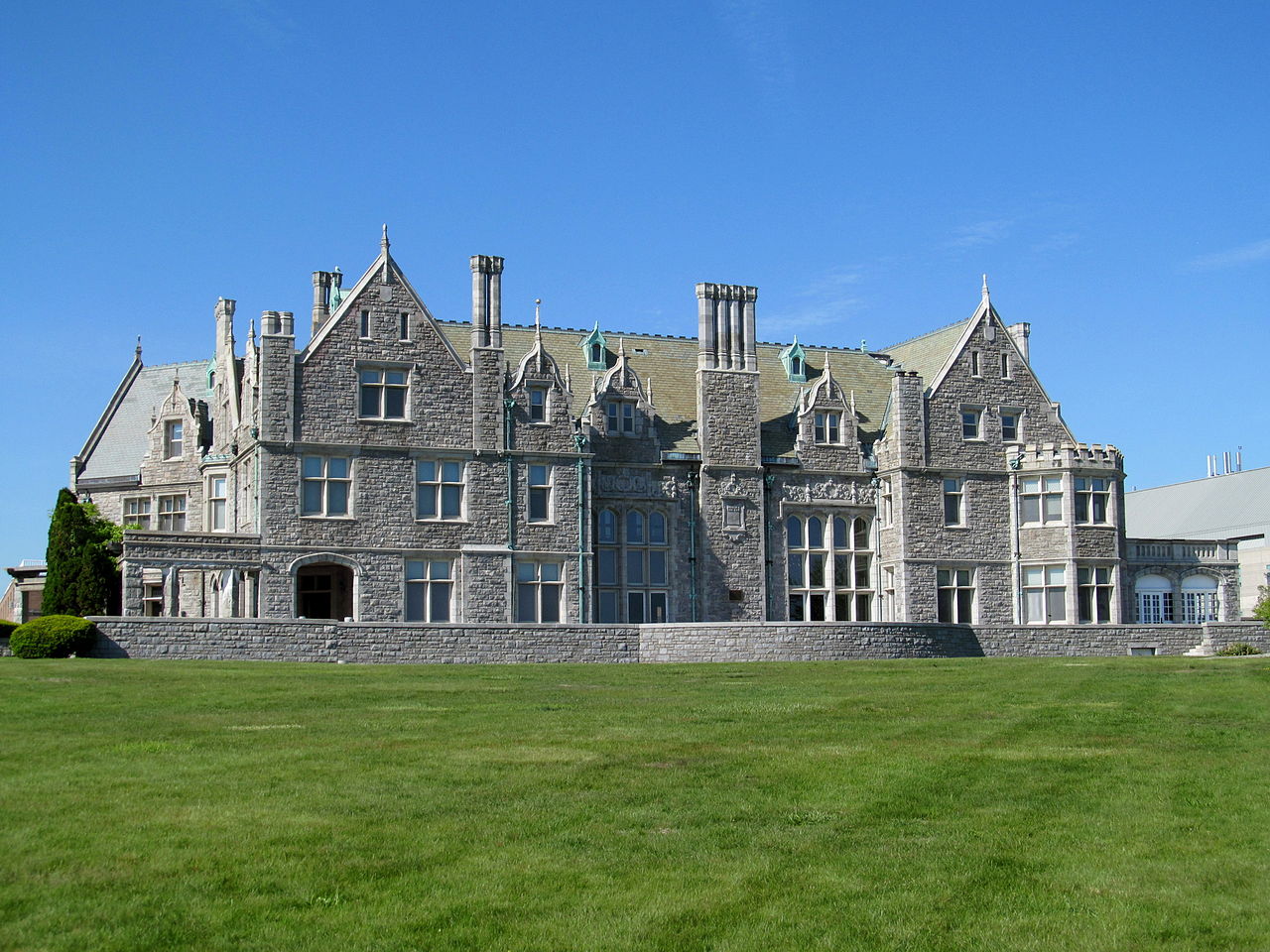 Avery Point Lighthouse was built in 1943 and is located just south of the mansion. 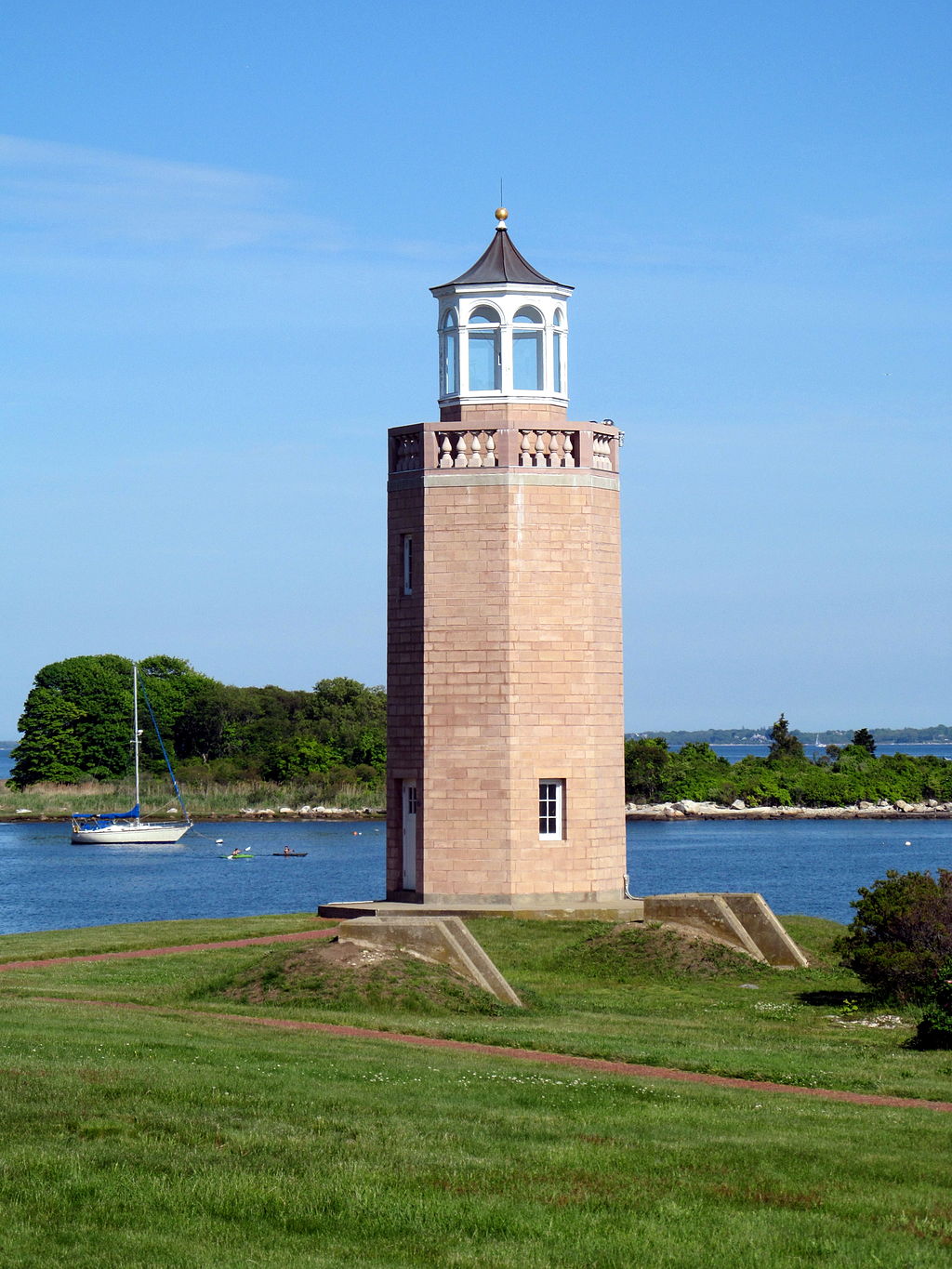 This postcard depicts what the greenhouses and fields looked like. 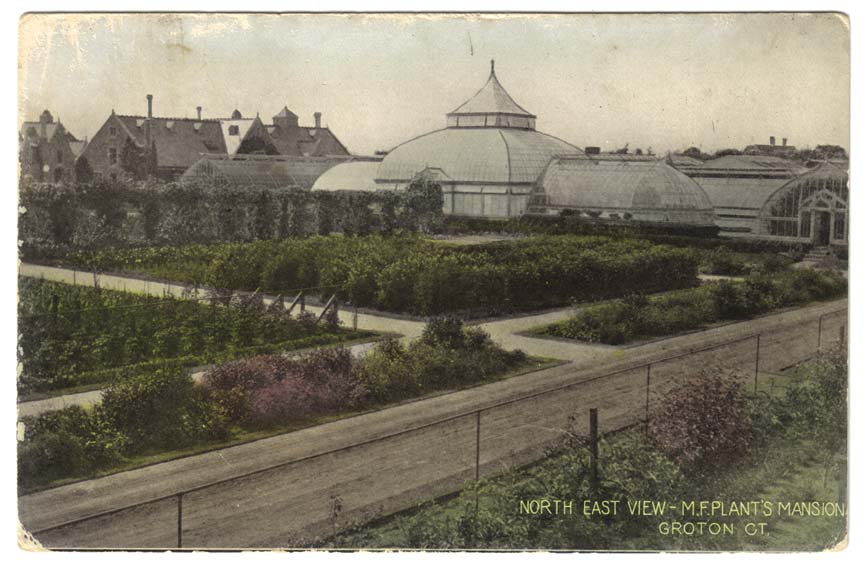 Branford House
Morton Plant was born in Branford, Connecticut in 1852. His father, Henry Bradley Plant, was Florida's greatest 19th-century railroad developer, creating a system of railroads that connected the largest cities on the state's west coast. He also built hotels, steamship lines, and telegraph lines to further encourage development (and increased profits). Morton became vice president of the business, which was called the Plant Investment Company, after Henry died in 1899. Morton also inherited two-thirds of his father's estate, which was worth $22 million, in 1902.

He used this money to build Branford House, which he named after his hometown. He also became even more successful than his father, becoming the director of many railroads, shipping companies, and banks; he invested in real estate, hotels, and farms as well. He amassed a fortune around $50 million by the time of his death. Additionally, he was very interested in agriculture and built greenhouses, a cow barn, poultry enclosures, and fruit and vegetable fields on his property.

The property remained in the family until 1939 when it was sold at auction to the state, which then deeded it to the U.S. Coast Guard. Commanding and executive officers and their families lived in the mansion and it was also used for administrative offices. The fields, greenhouses, and other agricultural structures were torn down to make room for barracks and other Coast Guard buildings.

Avery Point Lighthouse
A navigational aid was required to be built as part of the agreement that gave the property to the Coast Guard. As a result, the lighthouse was built. In addition to its defensive purpose, it was to also meant to be a memorial to Coast Guard personnel and lighthouse keepers. During the war, it was unlit so as to not aid enemy ships. After the war, it was lit and operated until 1967, at which point the state assumed ownership again. The state then ceded control to the university. The Coast Guard occasionally uses the lighthouse for navigational experiments. It was restored in 2006 and the light was reactivated at the dedication ceremony.

Bakowski, Karen. The History of Branford House and Morton Plant. Excerpt retrieved from the University of Connecticut at Avery Point on January 24, 2018.  https://averypoint.uconn.edu/about/branford-house/#.