The area that would become known as "Death Valley" presented a daunting environment for Native inhabitants of the Shoshone tribe who traveled through the area for trade and seasonal hunting. The area was also a formidable obstacle to pioneer settlers and the miners on their way to what would become California during the Gold Rush of 1849. While several settlers perished in the area, only one of the gold-seekers is known to have perished crossing Death Valley. Since its creation, this national park has become a place for visitors drawn to the extreme desert environment, but few campers and hikers stay in the park during the summer months. Furnace Creek Visitor Center is the park's primary station and main place for visitors to find information when they visit. There is also a retail outlet and information about camping outfitters from the Death Valley Natural History Association. The visitor center offers a 20-minute film and during the winter and spring seasons (November to April) park rangers offer a variety of presentations, including group walks and programs related to the natural history of Death Valley. 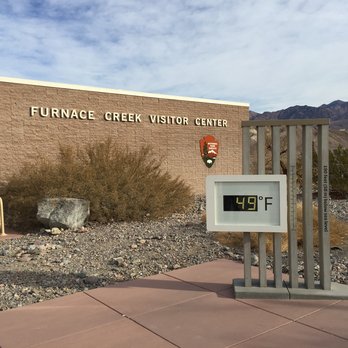 A hiker looks over the valley on top of the Black Mountains. This spot is called "Dante's View." 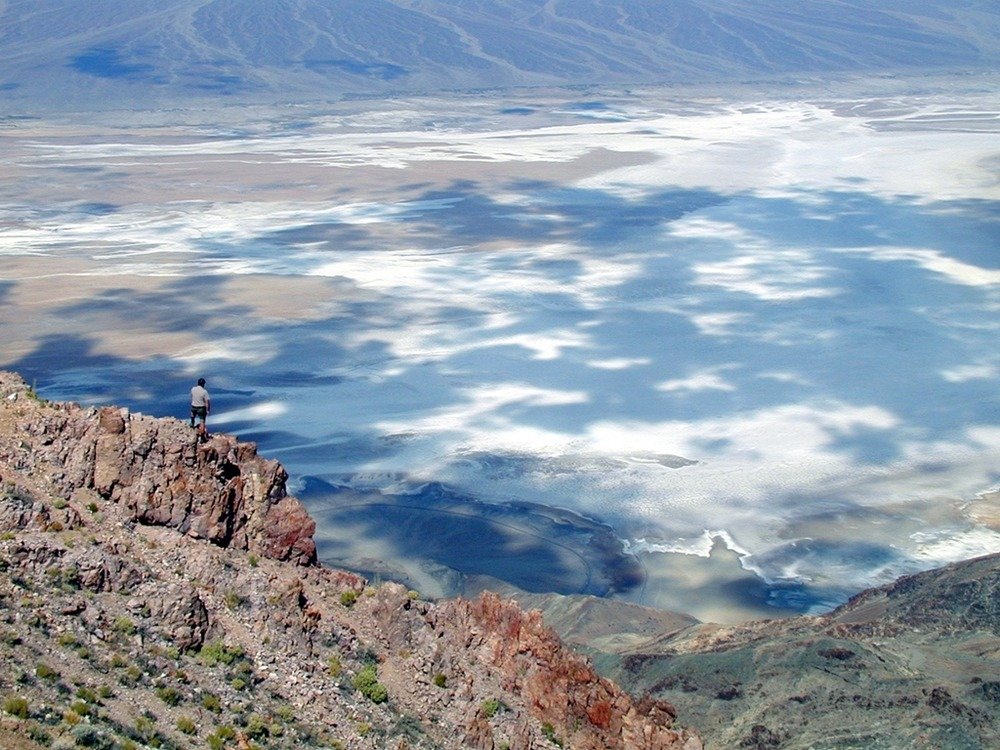 Sand dunes are one of the many natural features in the park. 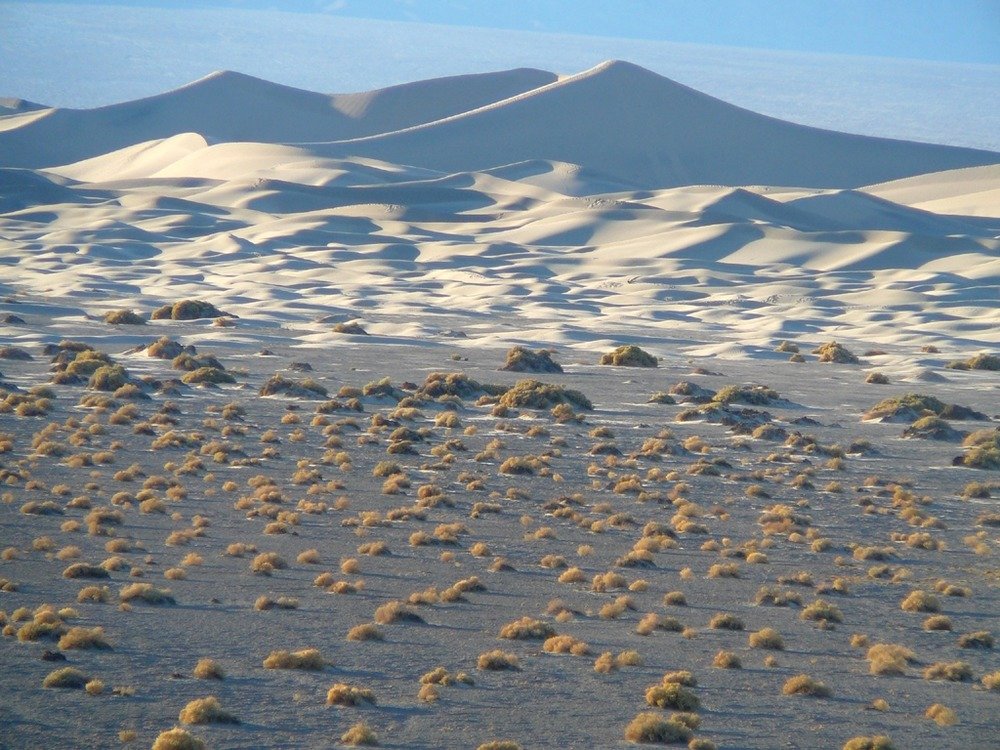 The park has many canyons to explore. 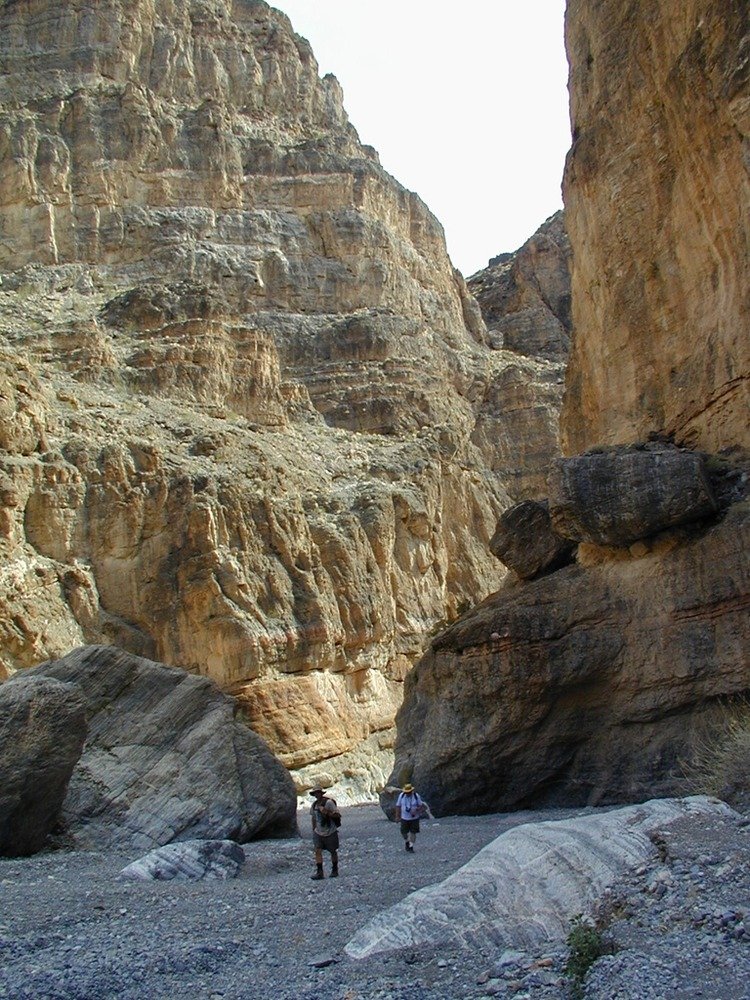 There a little rain (2 inches) that falls every year. This boardwalk goes along Salt Creek, which only flows in the Spring. 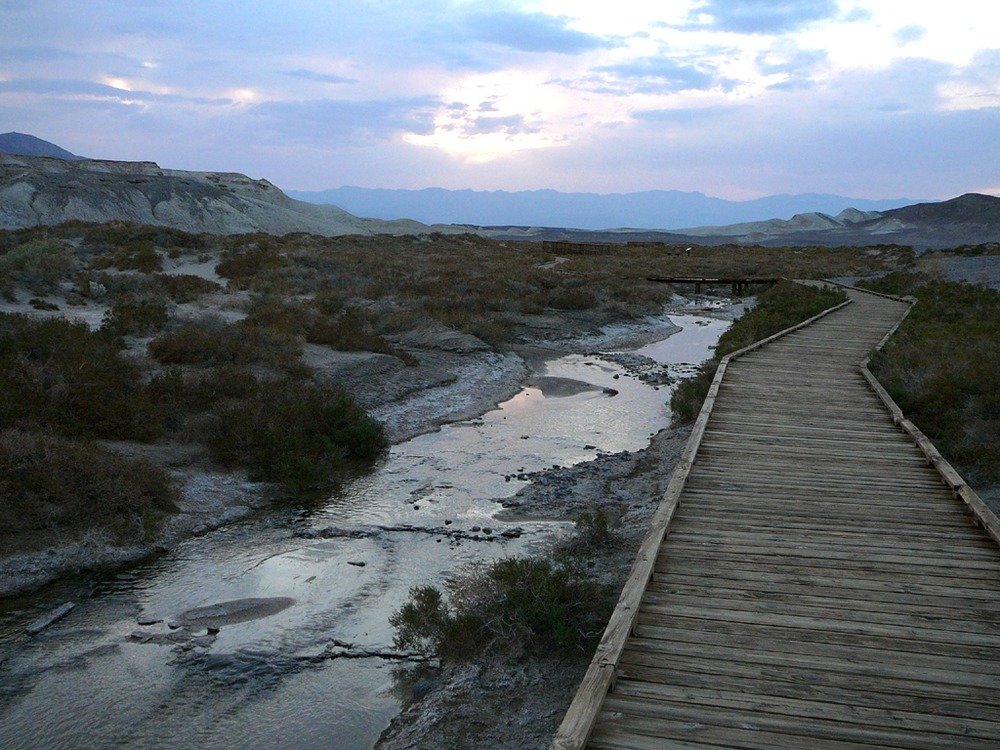 Death Valley can get as hot as 130 degrees Fahrenheit while annual rainfall measures a little under 2 inches every year. In the 1880s, immigrant workers from China were employed to dig through the hard salty earth and harvest small borax deposits. During World War II, 65 Japanese and Japanese Americans were housed in the former New Deal-era Civilian Conservation Corps barracks that were located in the Cow Creek section of the park during the winter of 1942. These detainees were sent to Cow Creek after they were separated from other detainees at Manzanar War Relocation Camp.