In 1981 19 year old Michael Donald was lynched as part of a random hate crime by members of the Ku Klux Klan at this location. This event is considered to be the last American lynching. Warning: Graphic Images 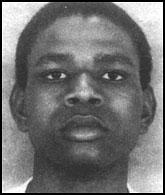 Michael Donald's body hanging from the tree at this location. 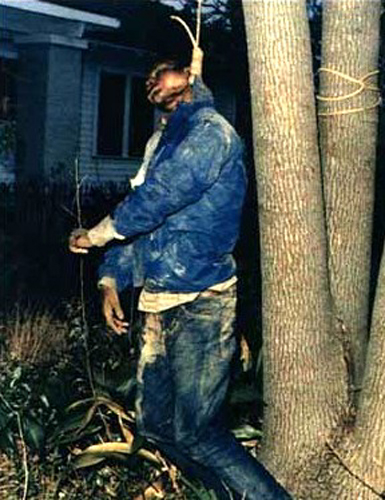 Racist cartoon featured in The Fiery Cross, a KKK newsletter, used against the KKK in court. 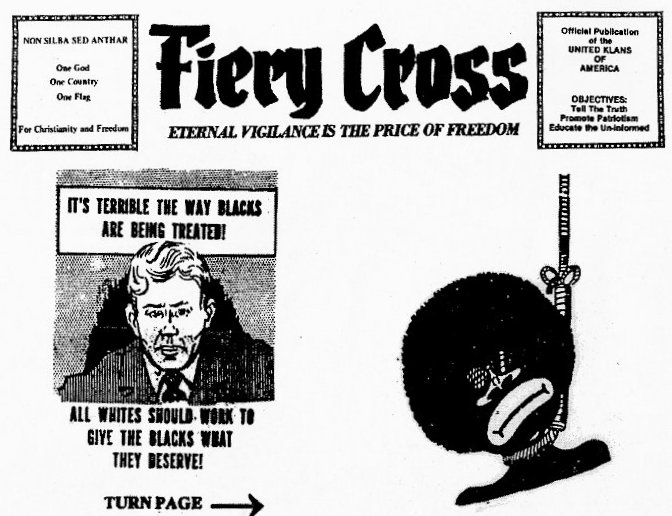 On a March 21st 1981, a Saturday night, nineteen year old Michael Donald was asked for directions while walking home. Two men got him to approach their car and then abducted him, beat him, slit his throat, and eventually hanged his body from this tree.  They did not know Michael Donald or have any reason to harm him specifically, they were simply choosing a Black man to punish that night.
Shortly before these events there was a trial in Alabama regarding the alleged murder of a white policeman by an African American man.  The partially African American jury was unable to reach a decision, infuriating the Alabama Ku Klux Klan.  The men in the car were James Knowles and Henry Hayes, the son of a prominent Alabama KKK leader named Benny Hayes.  Benny Hayes actually suggested the killing of a random Black person at a KKK meeting not long before the slaying took place and Donald was hanged across the street from Hayes's home.  Surprisingly it took years for police to consider this as anything other than a drug related crime.
Donald's mother, Beulah Mae Donald, pressured the FBI to look more closely into this murder.  As evidence came to light she did not simply go after the individuals involved in the killing, but used this case to legally attack the Ku Klux Klan.  With the help of the Southern Poverty Law Center they were able to form a case saying that these actions were premeditated and encouraged by the KKK.  Beulah Mae Donald won the case, receiving $7 million in damages from one Klan organization. This case bankrupted the United Klans of America and set legal precedent for similar lawsuits against hate groups.