The World's Largest Ball of Twine dates back to 1953 when local farmer Frank Stoeber began tying small pieces of leftover twine into a ball with the intention of reusing these pieces. However, Frank kept adding to the ball at a rate much faster than his need for small pieces. Over the years, this led to a growing ball that became something of a local curiosity within a decade. By the 1960s, the growing ball fascinated neighbors who would save their twine and bring it to Stoeber to add to the ball. Stoeber passed away in 1974, but by that time, he was known as the creator of the World's Largest Ball of Twine. Today, what began as a way to save pieces of Twine for future use is a leading highway tourist attraction in Cawker City, Kansas. The total weight of the twine ball as of 2013 was 19,973 pounds.

This is a picture of Frank Stoeber and his World's Largest Ball of Twine. 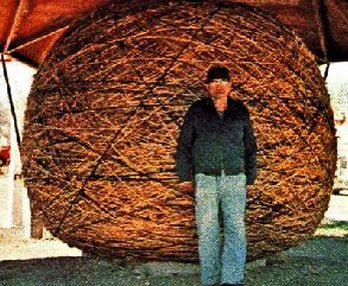 This is a picture of the massive World's Largest Ball of Twine in the shelter that the Cawker City built and paid for. 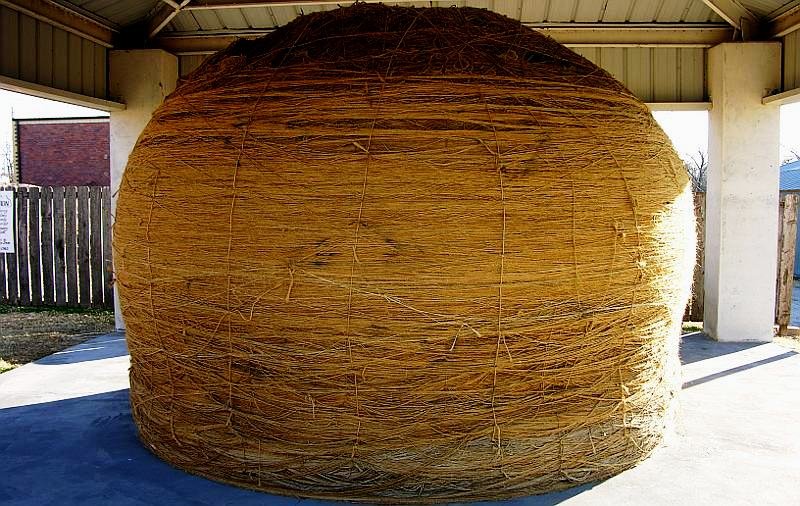 Another picture of the World's Largest Ball of Twine in the shelter that the Cawker City built and paid for and tourist taking pictures with it. 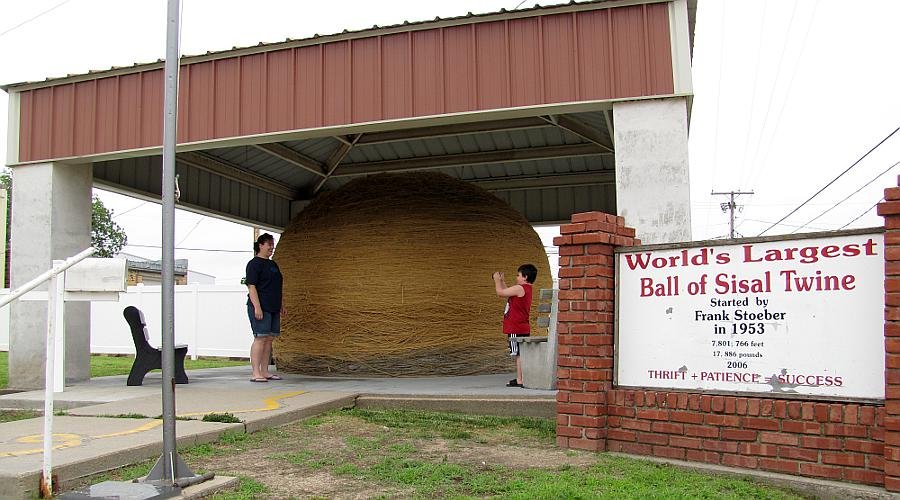 This is the twine strip paint leading to window displays. 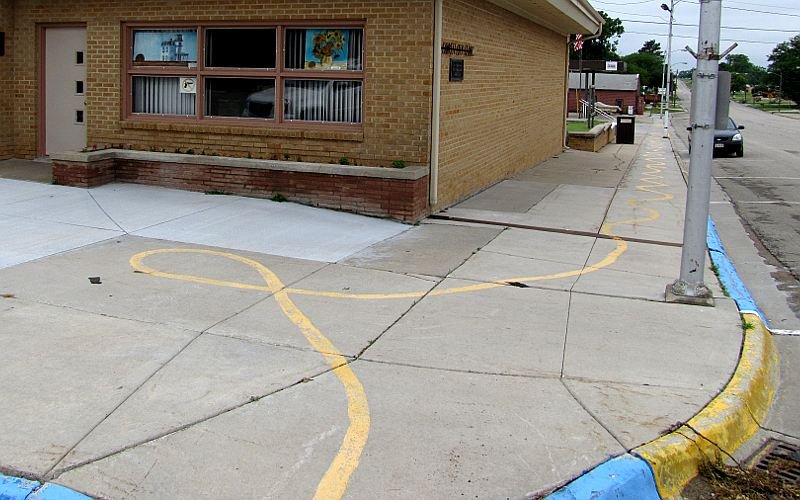 Ball of Twine weather report. Call this number for the up to date weather. 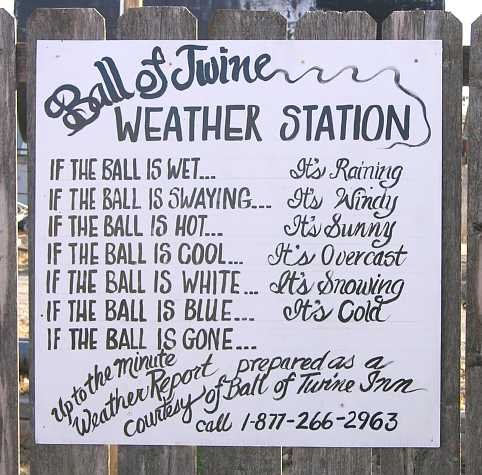 The World’s Largest Ball of Twine only consists of sisal twine and is located in Cawker City, Kansas. It grew when Frank Stoeber, like many other local farmers, tied his excess twine from hay bales into a little ball to use for new bales or other things. However, Stoeber did not reuse this twine, leading to its growth. At some point, he decided that he would see how large the ball of twine might grow. Neighbors added their twine and he kept regular records of the weight the ball. By 1957, this Ball of Twine weighed a shocking 2.5 tons and stood around eight feet tall. By1961, the Ball of Twine had outgrown Frank’s barn. Since it outgrew his barn, he decided to give it to the town. Frank had rolled twine into an 11-foot ball with over 1,600,000 feet of twine wrapped all together.

In 1961, the ball was taken to the Cawker City’s Kansas Centennial parade. Frank took much pride in his work, so he went and asked the city if they would build a shelter around the twine ball and the city agreed. Frank Stoeber continued to add twine until he passed away in 1974. In the years that followed, locals added to the ball and today the twine ball is the center of a local festival and continues to grow.

People of the community hold an annual Twine-a-thon, which takes place on the 3rd week of August. Participants create additional twine to be added to the ball and tourists are welcome to participate. The festival includes a horseshoe pitching contest, food, and activities such as car shows. Visitors to the town can also view window displays along a painted line that resembles a long stretch of twine and connects downtown buildings. Visitors can also add pieces of twine to the ball at the site. Visitors must use pre-measured pieces available at the site and cannot add their own twine.