One of the largest natural lakes in Texas Caddo Lake was named in honor of the Caddo Indians who lived in the area before the U.S. government acquired the area as part of a treaty. The Caddo used the lake for trade with area tribes along the Red River. Area settlers also used the lake and nearby rivers for trade, including shipping supplies during the Civil War. Around the turn of the century, the first over-water oil well in the U.S. was drilled in the lake. Today, the lake is primarily used for recreation and attracts fishermen and outdoor enthusiasts from all around the Texas/Louisiana border thanks to its trails and wide variety of fish, birds, and other wildlife. 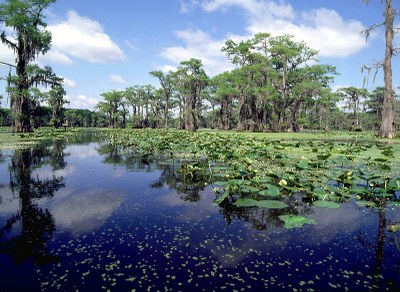 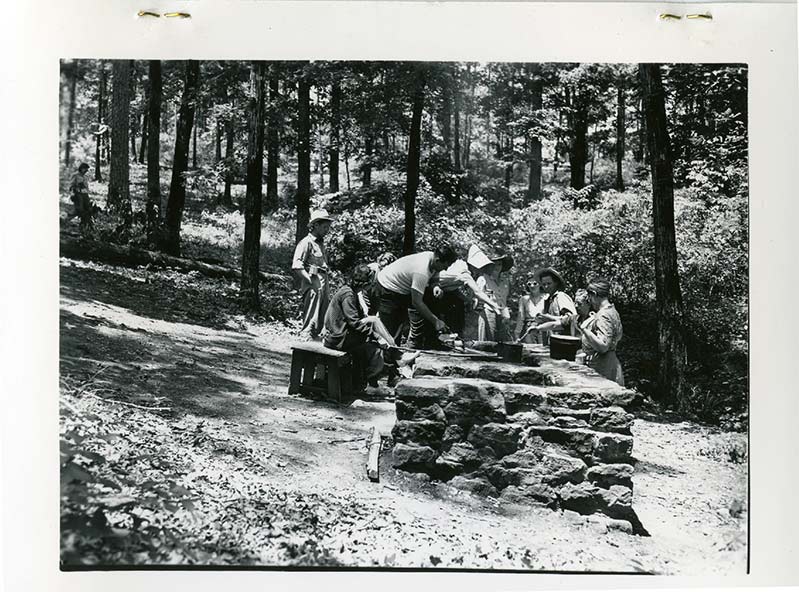 Caddo Lake State Park attracts visitors and outdoorsmen from all over.

The Caddo Indians occupied these lands, including the lake and swamps between the modern-day border between East Texas and western Louisiana. The Caddo believed that the lake was the result of an earthquake caused by the Great Spirit due to the chief’s failure to obey him. In 1835, the land around Caddo Lake was purchased from the Natives tribes as part of a treaty. Accepting $80,000 by the U.S. government with few other options, the Caddo Indians were removed from the area within a year.

The lake is the result of a natural dam that flooded the area. Removal of part of logs and other natural causes of the dam in the 1830s opened access to the Big Cypress Bayou (near modern-day Shreveport, LA) to steamboats for travel and trade along the river. Over the next 40 years, parts of the naturally-occurring log dam kept being removed, slowly draining the backed-up water from the basin. This drainage is why the lake is no longer officially considered “natural.” This also made the lake too shallow for steamboat traffic, which reduced the economic activity in the area.

The search for oil in the early 1900s led to a first in history at Caddo Lake when the first over-water oil well in the U.S. was drilled here. This well attracted other oil drillers, but the area was too shallow and swampy for their large barges. In 1914, a 1,540-foot-long dam was completed across Big Cypress Bayou (near Mooringsport, LA) to make the area more accessible to the drilling barges. This dam created the Caddo Lake of today. Upgrades to the dam were completed between 1968 and 1971 by the Army Corps of Engineers.

President Franklin Roosevelt created the Civilian Conservation Corps in 1933 to provide jobs and job skills to young men (17-25 years old) through work on conservation projects. The workers earned clothes, medical care, food, and a monthly paycheck of $30 for their services. During the second half of 1933, Company 889 of the CCC began building the first structures in what would become the 500-acre Caddo State Park in 1934. Company 857 took over construction from October 1934 through March 1937, converting 15 U.S. Army barracks and a mess hall into log cabins and the recreation hall that can be found there today, among many other structures and infrastructure.

Caddo Lake covers over 25,000 acres through east Texas and western Louisiana.  It is the most ecologically diverse lake in Texas, housing over 90 species of fish that are proven native to the lake, as well as more than 20 species of mussel.  It’s also a thriving ecosystem for the bird and amphibian life in the area.  The wide variety of fish species attracts fishermen from all over to come and try their luck.  Paddleboats, canoes, and kayaks are all also welcome to venture the 50 miles of paddling trails in the area. The surrounding forest is an attraction for hikers and wildlife watchers, too. In its beginnings, Caddo Lake served its area as a means of trade and transport.  Now, after so many decades and getting some cosmetic work, it still serves the area as a tourist attraction and place for enjoying outdoor activities.