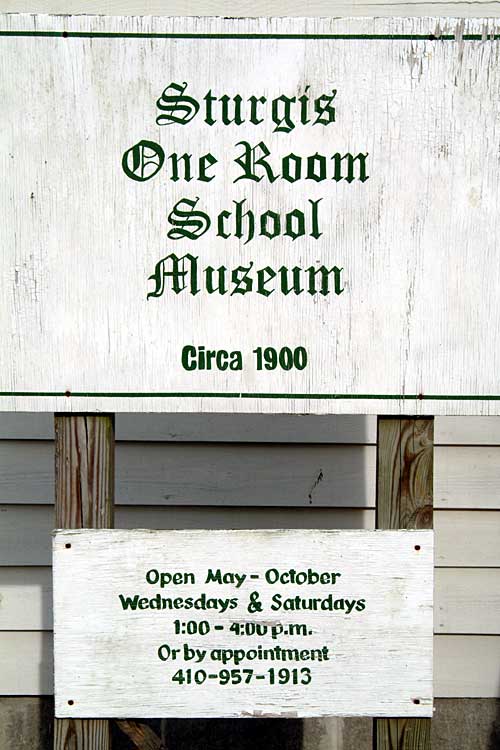 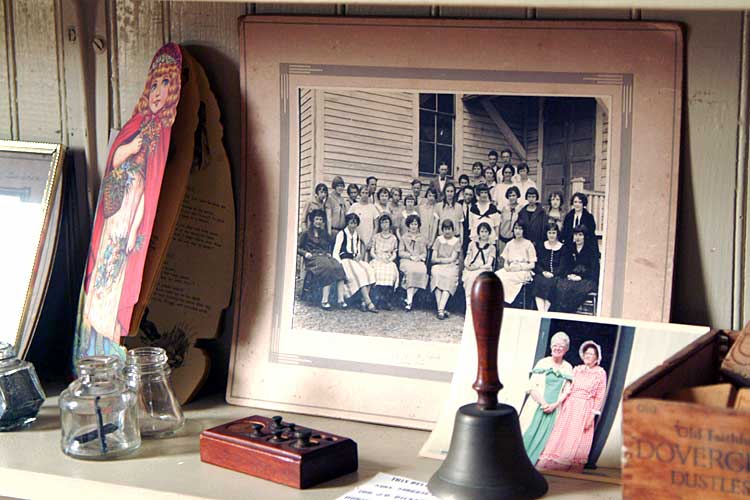 Sturgis' One Room School house was operated for 37 years and taught students from grades 1-7. The One Room School was actually built on a back road of Pocomoke City called Brantley Road about 100 years ago on land purchased by William Sturgis in 1888. This man was a very historical individual in the town of Pocomoke City for what he started and how he tried to educated his African American peers. As one would think there was only one teacher, who happened to be Mr.Sturgis. Since the Sturgis One Room School House did provide education for students, the students had to be transferred when it closed down. The present and future students were enforced to attend Stephen Long School in the town of Pocomoke, Maryland.

After the school closed down, William Sturgis actually resided on Brantley Road in the school house. He was the only resident of this house. After Mr Sturgis died, the building remained empty and fell into disrepair. As one could think, when one elderly person lives in a house alone the house is not kept up to maintenance and may loose some of its structure. Therefore, the house was bought and was taken into great hands.

In 1996, a group of people with the Worcester County Historical Society purchased the school from the Sturgis family and decided that Sturgis One Room School House should be moved to downtown Pocomoke City, where it still sits to this day. This allowed for residents of Pocomoke City to see a historical building in their town and give a slight back story to the years of 1900. Restoration of the school is ongoing, and has been made possible through funds from the city, Worcester County, and personal contributions.  If ever in the town of Pocomoke City, it would not hurt to stop by and visit Stugis' One Room School House to see what a school would have been like in the 1900s.

Open May - October, Tuesday thru Saturday from 1-4 p.m. or by appointment.