Constructed in 1897, St. Luke's United Methodist Church stands prominently on the southwest corner of 12th and Main Streets. It was designed in the Richardsonian Romanesque style and, notably, features the largest number of Tiffany glass windows in the state (it is the fifth largest collection in the country). It is listed on the National Register of Historic Places and is a contributing property of the Upper Main Street Historic District. It is one of Dubuque's most important landmarks and thousands of visitors see it every year, particularly for the Tiffany windows. The bell tower reaches a height of 86 feet and the Main Street side features a large portico with six columns supporting five arches. The church's 1897 organ was considered one of the largest in the West when it was installed; it was refurbished in 1992.

St. Luke's United Methodist Church was built in 1897 and features the largest collection of Tiffany windows in Iowa. 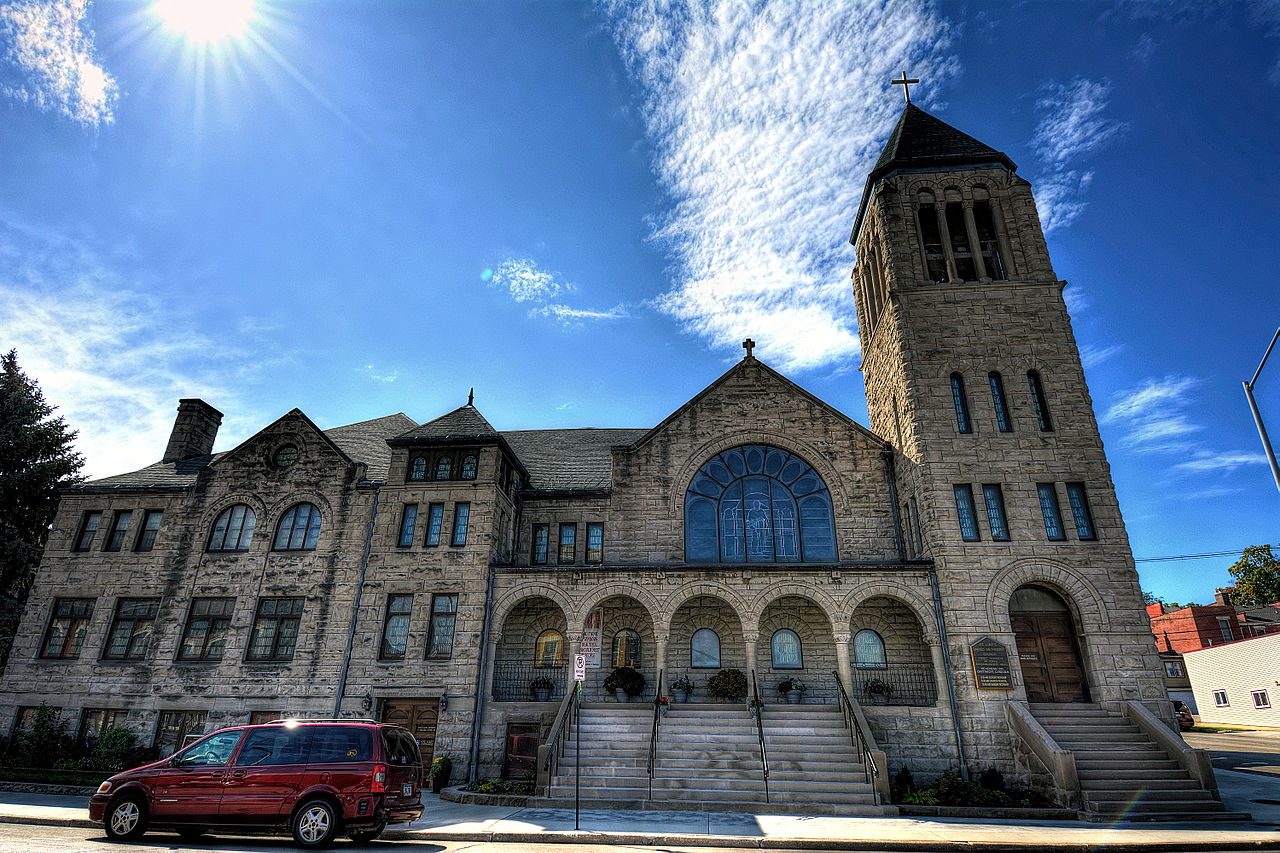 The Angel Among the Lilies 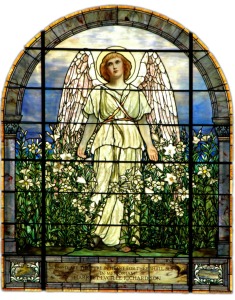 David Set Singers Before the Lord 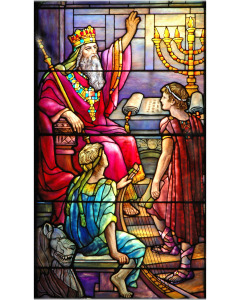 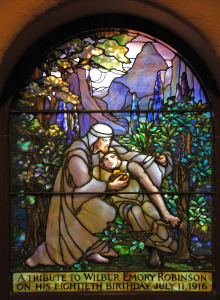 The beginnings of the first Methodist church in Dubuque were built in 1834. Barton Randle, a pastor from Georgia, was sent to Dubuque for missionary work. He solicited donations from local residents and eventually raised enough to construct a place of worship. It was a simple log cabin located on the southeast corner of present-day Washington Park. Reportedly, it was not intended to be used strictly by Methodists, but by those of any religious denomination. The first mention of a Methodist service occurred on November 6, 1833, lead by Randle.

Many precursor churches were built before the construction of the modern day St. Luke's United Methodist Church. The second church, built after the construction of the log cabin, was a two-story structure called Centenary Church, was built in 1839. Ten years later, it was too small for the growing congregation and so the third church, called Main Street Church, was constructed in 1853. It was expanded in 1868 and featured a large organ. Main Street Church served the congregation for several decades before becoming too small once again.
Plans for the new church were drafted. This church was the most ambitious building yet. Each seating area was designed to accommodate 800 people. St. Luke's United Methodist Church was finally constructed. Its dedication took place on May 16, 1897.

The design plans were created by George W. Kramer, an architect known specifically for designing churches. Great care was taken to create a beautiful building. Built from sturdy Bedford limestone, the foundations are 32 inches thick in order to support the hefty structure. The church embodies many typical elements of Romanesque architecture, with thick walls, rounded entrances, and columns. There are nine large Tiffany windows found in the main body of the church, with many smaller ones scattered about the rest of the building.

Another significant architectural feature that the church is known for are its bells. Dedicated on September 21st, 1913, the bells were placed in honor of the recently deceased Elizabeth Jane Eighmey by her daughter and husband. The bells number eleven in total. Each bell is inscribed with lines from the "Te Deum" hymn. The bells are controlled by a series of levers that trigger a strike. All together, the bells are capable of playing almost any song that is in G, D, or A key.

An organ was installed in the church in 1897.

"The church members marveled at their new organ when it arrived in Dubuque on February 16, 1897. Described in the Dubuque Herald as "a monster affair," the organ occupied a space fourteen feet square and twenty feet high."5

The impressive instrument is still present in the church. Due to its age, renovations eventually became necessary. In 1992, funds were raised by the churchgoers in order to complete this task. The organ was completely disassembled, with all parts being either repaired or replaced as necessary. The repairs allowed the continued operation of the organ.

Check website for guided tour times to see the windows, which can be seen year round.