The Imperial Sugar Company built 500 homes for employees within the area, as well as providing medical care and banking service. 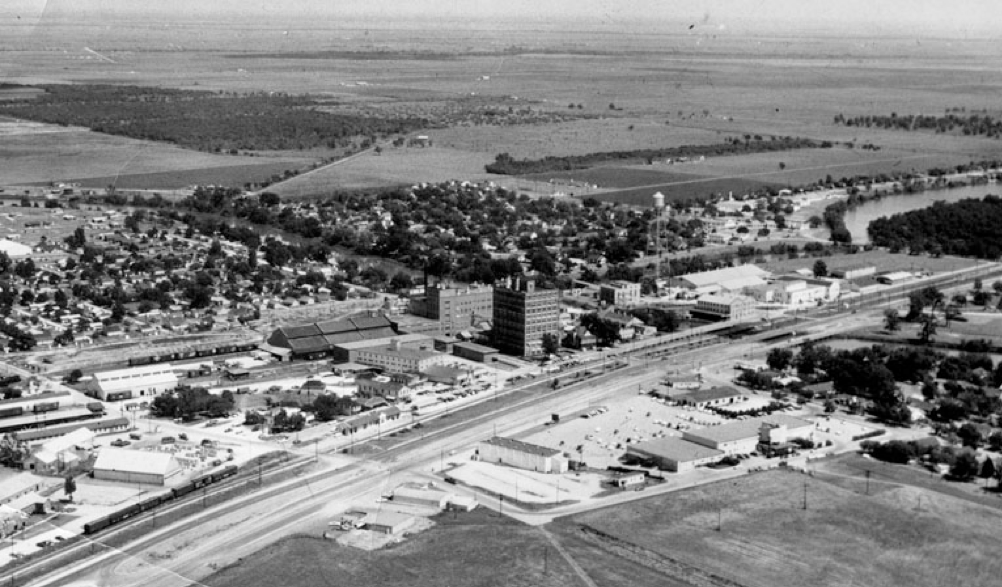 An image from circa 1908 which shows workers standing outside a bank which had been established by the Imperial Sugar Company. Germans and Czechs made up a large part of the Sugar Land population. 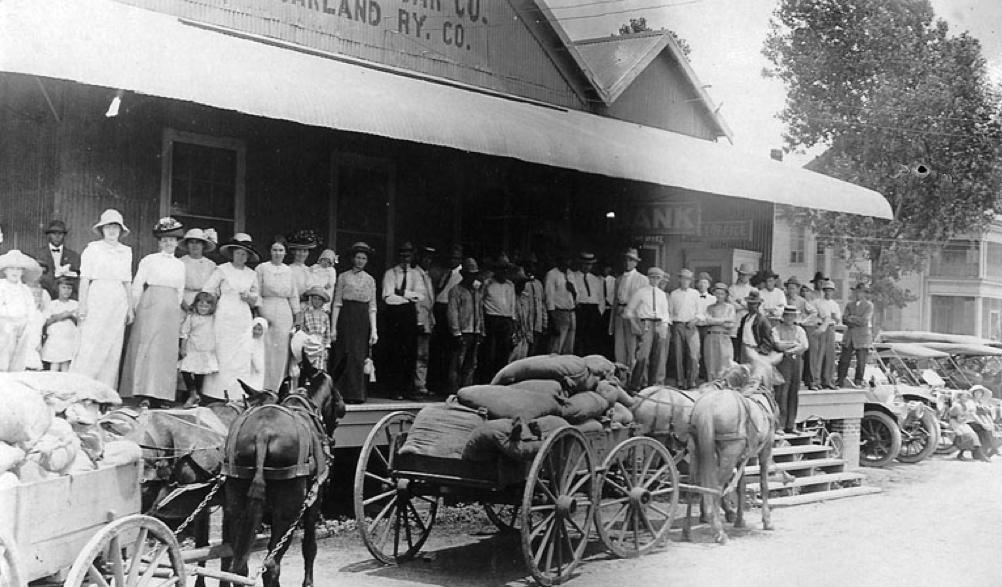 The Imperial Sugar refinery as seen in the early 1920s. 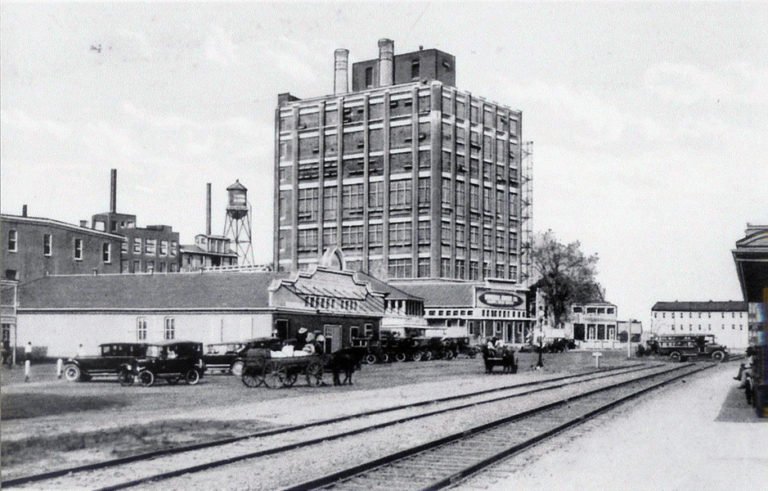 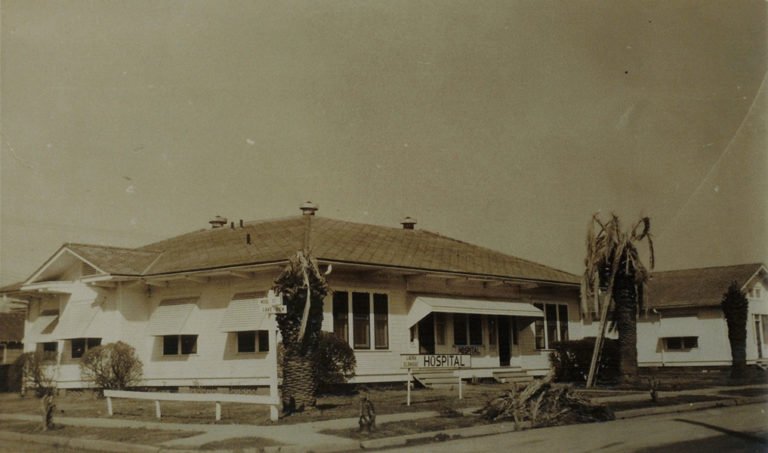 Lakeview Elementary School, a school built by Imperial Sugar, as it appeared in 1918. 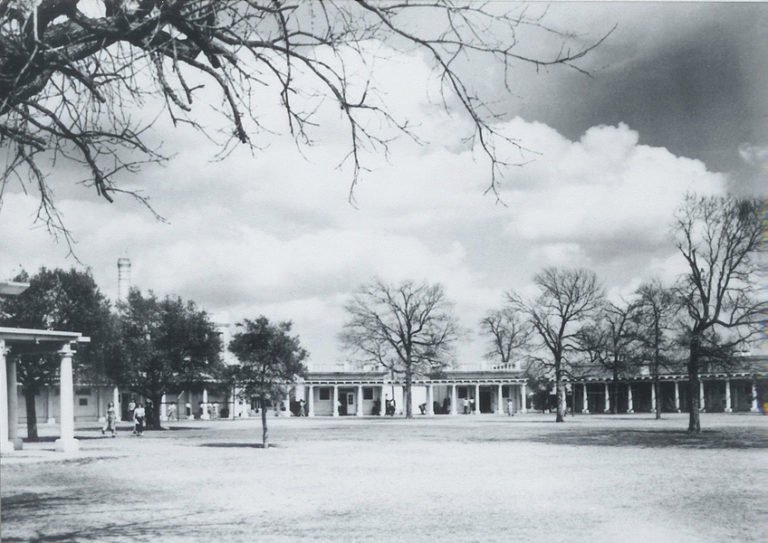 In 1840, brothers Samuel, Nathaniel, and Matthew Williams founded a company after being granted land on the grounds of what was then the Oakland Plantation, and in 1843 they built a raw sugar mill which would eventually become the Imperial Sugar Company.
The Kempner family of Galveston, Texas - "under the leadership of Isaac H. Kempner and in partnership with William T. Eldridge - purchased the Imperial Mill and formed the Imperial Sugar Company" in 1905. It was Kempner and Eldridge’s vision which resulted in the thriving business and company town of Sugar Land, Texas.
A company town is typically a self-contained place where the residents are all associated with one particular company. While many company towns have been interpreted negatively due to cases of exploitation, the Imperial Sugar Company built 500 homes, churches, streets, and sidewalks, whilst also providing amenities (electricity, gas, and water) for workers and their families. Maintenance workers, who worked on behalf of the company, would fix any residential problems that occurred, and distasteful institutions, such as the local bar and brothel, were immediately closed. Welfare capitalism was the employed business model, meaning to provide a pleasant environment and essential amenities for workers and their families. This model was neither required by law or benefiting Imperial Sugar Company, it mostly benefited their workers and their families. Examples of other historic company towns in the United States include Pullman, Illinois, Hershey, Pennsylvania, and Segundo, Colorado.
The drawback for the Imperial Sugar Company was their use of legal but unethical leased convict labor. Working conditions in the sugar cane fields were so horrendous that the convicts dubbed Sugar Land the “Hell hole of the Brazos.” Furthermore, it was also clearly stipulated "that the convicts whose labor is to be furnished under the contracts shall be Negroes." African American plantation workers were subject to beatings, "grueling labor, unsanitary conditions and the likelihood of being shot by guards." It is believed that around 3,500 African Americans died as a result of the Imperial Sugar Company's convict leasing.
Although leased convict labor was officially outlawed in 1912, the Imperial Sugar Company was allowed to keep using it until 1916. Following this removal of low-cost labor, Imperial turned to Czech and German immigrants to build a new workforce. By the end of 1927, the company was producing more than 300 million pounds of sugar per year, and annual revenues reached nearly $19 million. However, The Great Depression meant that by 1932, the Imperial Sugar Company was the only remaining sugar manufacturer left in Texas, and the company also had to reduce its workforce from 500 to 373 by the mid-1930s.
Sugar Land, Texas was incorporated as a city in 1959 and is now one of the most affluent and fastest-growing cities in Texas. Data from the United States Census Bureau estimates that the city is now home to 88,500 people (as of 2017). The Imperial Sugar Company underwent numerous cases of administrative change following the Second World War (1939-1945), but the company filed for chapter 11 bankruptcy in 2001, yet remains in business and celebrated its 175th anniversary in 2018. The original sugar refinery ceased operations in 2003, however, corporate offices still remain in the founding city.