The Kukaniloko Birthing Stones in Wahiawa, O'ahu was a sacred birthing site of Hawaiian chiefs. Kukaniloko, along with Holoholohokū on Kaua'i, was considered the most famous birthing site in Hawai'i and only the highest-ranking chiefesses were allowed to give birth at this site. Kukaniloko was such a prized location for the birth of ali'i (chiefs) that when Kamehameha I conquered O'ahu, he wanted his wife Keopuolani to give birth to his son Liholiho, who would later become Kamehameha II. Kukaniloko also served as an important site for astronomical occurrences and astronomers frequently visit the site to determine how it was used. 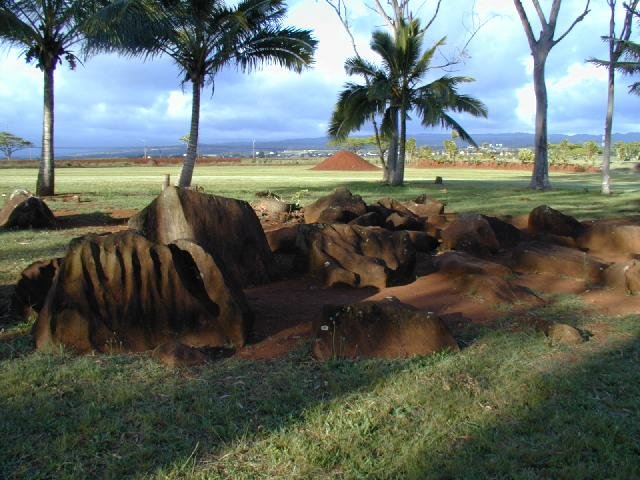 Combining the Wai'anae mountain range with the stones at Kukaniloko, sunsets and other astronomical events could be predicted (University of Hawaii) 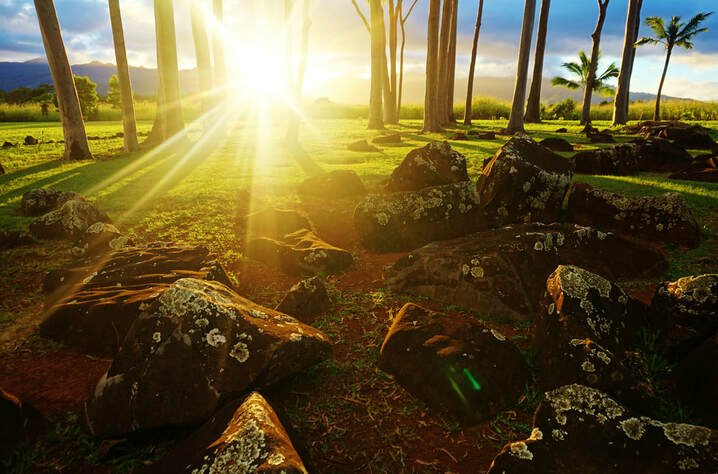 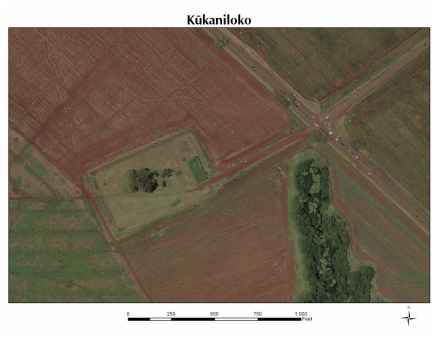 After Kukaniloko was sold to George Gilbraith in 1882, he set up a fence to help protect the site from cattle. (Office of Hawaiian Affairs) 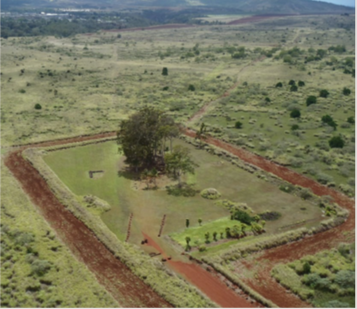 Kukaniloko, located in the Wahiawa region of the island of O'ahu, is a famous site for the birth of ali'i, Hawaiian chiefs, of the highest rank. While sources have not identified a particular date, Kukaniloko is said to have been established "close upon the 12th century" by chief Nanakaoko and his wife Kahihiokalani. Nanakaoko was the son of Nanamaoa, one of the first ali'i to establish themselves in the Hawaiian islands after their arrival from another island in the Pacific (referenced as Kahiki in the Hawaiian language). The site originally encompassed the districts currently known as Wahiawā, Halemano, Līhu'e, Wai'anae Uka, and Waialua. Today, it has been reduced to a 500 acre space that is currently in the trust of the Office of Hawaiian Affairs.
From its establishment in the 12th century, Kukaniloko was considered a wahi pana, legendary place, that was associated with the ali'i of O'ahu. It would remain under the control of the O'ahu ali'i until Kamehameha I's conquest of the Hawaiian Islands. While Kukaniloko was still seen as a site of significance, Kamehameha II, known as Liholiho, ended the Hawaiian kapu religion and institution a purge of the traditional religion to make way for Christianity. Kukaniloko would still be held in reverence as a sacred site, but would no longer be seen as a birthplace for the ali'i.
In the Hawaiian social structure, the ali'i was considered the highest position in the social class system of Hawai'i. The highest class of ali'i was hereditary and could only be attained either by the taking of another ali'i's mana (spiritual power) or by the union of two high ranking ali'i. Since the arrival of pure-blooded chiefs from Kahiki, a strict policy of maintaining chiefly bloodlines was instituted and Kukaniloko was a site that reinforced the status of ali'i. This social class would persist until the overthrow of the Hawaiian Kingdom in 1893, where the traditional ali'i were replaced by white administrators of the Republic of Hawaii.
During the birth of an ali'i at Kukaniloko, 36 chiefs would be in attendance, 18 on either the right or the left of the birthing stones. Two sacred drums, named Opuku and Hawea, would be beat to let the people know that a chief would be born there. The chiefess giving birth would rest upon the birthing stone and any child born would be given great honor. According to translations of the Hawaiian historian Samuel Kamakau, the child born there would be called "a chief, a god, a fire, a flame." From Kukaniloko, the newborn would be taken to Ho'olonopahu where 48 ali'i would be waiting to cut the baby's umbilical cord.
Several chiefs were born at Kukaniloko. Kapawa was considered the first chief born there, as he was the son of Nanakaoko and Kahihiokalani. Another was Ma'ilikukahi, son of Nononui and Pua'a, who was the first chief to move the seat of power from Waialua and 'Ewa to Waikiki. Kalaimanuia was the first female chiefess to be born at Kukaniloko. The last known chief to be born at Kukaniloko was Kakuhihewa. He would go on to be one of the most famous chiefs of O'ahu and originator of the epithet "O'ahu o Kakuhihewa".
Besides being an important birthing site, recent studies have theorized that Kukaniloko may have also served the purpose of a training site for kahuna (Hawaiian priests). The site at Kukaniloko is a center point for many astronomical observances, which include the solstices and equinoxes. By juxtaposing certain stone placements with the mountains of the Wai'anae mountain range, kahuna would have been able to use Kukaniloko as a place to track time and predict astronomical occurrences like eclipses.
Until the 1800s, Kukaniloko was surrounded by a dense dry forest that descended into the Wahiwa Plateau from the Wai'anae Mountain range. This forest would shroud the site and help to protect the ceremony from the prying eyes of commoners. By the end of the 1800s, the forest surrounding Kukaniloko was reduced to supply the sandalwood trade and provide firewood for whaling. In 1840, the expansion of O'ahu's ranching industry led to the privatization and selling of the land that Kukaniloko was located on.
In 1882, the land surrounding Kukaniloko was sold to an Irish cattle rancher named George Galbraith. Galbraith recognized the importance of the Kukaniloko site and set up a fence to protect the area from cattle. In 1900, Galbraith leased the surrounding land to the Waialua Agriculture Company for pineapple farming. After his death in 1904, Galbraith had his estate managed by the Hawaiian Trust Company, which would continue to manage the estate until 2007. In 2012, the Galbraith Estate sold the land to the State of Hawaii with the 500 acres surrounding the Kukaniloko site being given to the Office of Hawaiian