Florida Agricultural and Mechanical University is better known as (FAMU) to many citizens who are familiar with this college and the history it shares. This College is in Tallahassee, Florida on top of the hills and before this site got the name that is today it was known as State Normal College for Colored Students.

Carnegie Library at Florida A&M University, circa 1930, from floridamemory.com 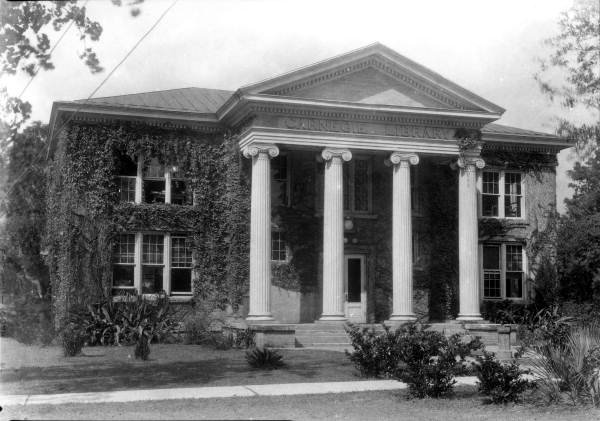 Lee Hall at Florida A&M University, circa 1930, from floridamemory.com 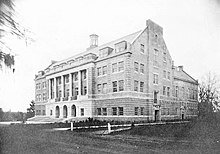 This site was established October 3, 1887, where it only consists of African Americans students only being consider an historically black college. During this time African where starting to get some access towards a better education and similar rights as whites. This site is so significant in our history of Florida because it still stands today, being open for over a century. This college developed over years, having time periods such as the 50’s and 60’s where racism involving even more and African Americans where taking a stand and boycotting for equal rights that they felt was important. It amazed me to see the importance of education in the African American experience.

One specific boycott that took place during the time was boycotting public transportation because African Americans were still sitting in the back of the bus while whites were able to sit in the front. This boycott was a huge breaking point for African Americans, many important people during this time took a stand for the right of African Americans. Leaders such as Reverenced C.K. Steele started and organization that helped progressed the boycott form and made sure everything was in order. Other leaders and big organization such as the (NAACP) National Association for the advancement of Colored People played their part in establishing equal rights for color students to get equal rights towards transportation. This University was the first African institute to become a part of the Southern Association of Colleges and Schools Commission (SACSCOC).

FAMU progressively grows over time opening doors for African women as well and giving them the chance to better their education and become something of themselves. Around this time, African Americans began sitting in at diners due to them not being able to be served because of the color of their skin. During the 60s laws were beginning to be reformed and put segregation to an end. FAMU made many African Americans feel important during a time of hatred. This university made programs that taught many African Americans their background history. Dr. Benjamin L. Perry, Jr wrote the first pledge for the university making this a significant moment in history.

As the 80’s began, the university started to offer its first Doctor of Philosophy degree. This achievement is very important to many African Americans that took their education serious and wanted to better themselves and the future to come. This university begin to expand in the athletic fields with the construction of the Gaither Athletic Center. This center consisted of different things such as a training room or weight room, athletic room for both genders, baseball field, and a new renovated football field that let over 25000 spectators view the games. This university continued to build more programs for this instituted as the nursing program, Business program, and health science.

FAMU is a university that still stands today, where whites attend now as well as African Americans. This university has set paths for future educators, doctors, and many more things that make this world a better place.  According to  my research, “Under President Mangum’s direction, the University achieved many milestones including launching the Sustainability Institute; creating free student passport program; establishing a debt reduction grant for graduating students; launching the High Achievers Scholarship Program; bolstering five -learning communities; obtaining the largest individual gift in University history ($5 million from Microsoft Chair John W. Thompson and his wife, Sandi); becoming the first HBCU (Historically Black College University) ensemble to play at the prestigious Carnegie Hall”.

These achievements and programs give the students a chance to continue their education stress free and not worrying about the other problems such as money. This University provides many programs that are free to students that needs it, while showing new things that they might have never seen. This University is so significant to Florida because it reveals the upcoming and trials it went through to be so successful; from segregation to desegregation, student population increasing, classrooms expansions, and academic rates going sky high. Over 130 years this university has been standing and getting better each year; providing the future generations a path to success while teaching them morals about there self that they probably never thought of. This school continues to acknowledge Black culture and makes the students reflect on their history during black culture months.