The Old Charleston Jail was built in 1802 and was shut down in 1939. Before the jail's construction, the four acre lot that the jail was built on was set aside for public use for the construction of several buildings, including a hospital, poor house, and a workhouse for runaway slaves. In 1822, an architect named Robert Mills designed a fireproof four-story wing, but was demolished in 1855 and was replaced with an octagonal wing created by the architects Barbot & Seyle. However, in 1886, an earthquake damaged the rear tower as well as the fourth floor of the jail, which had the be removed. In its 216-year history, about 10,000 prisoners have died in the jail from execution, injury, or illness. It was said that the jail was meant to house 130 inmates, but it often held 300 people or more. After its doors have been shut in 1939, the jail was left empty until the American College of the Building Arts bought the old jail in 2000, but it is still off-limits to the public except for ghost tours. To many citizens in the city of Charleston, it is rumored that the jail is haunted and some Charleston tour companies have access to the jail for ghost tours. 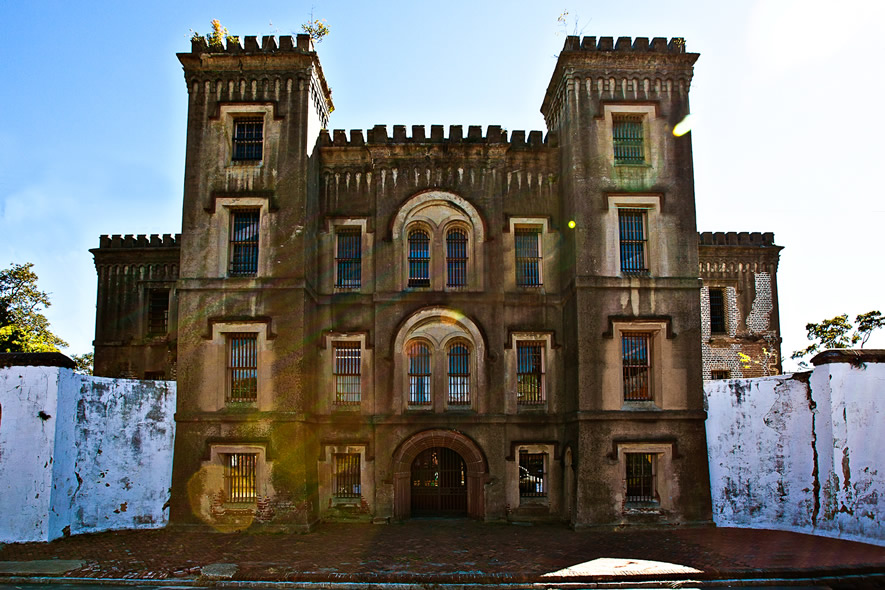 Rear view of the Charleston Jail 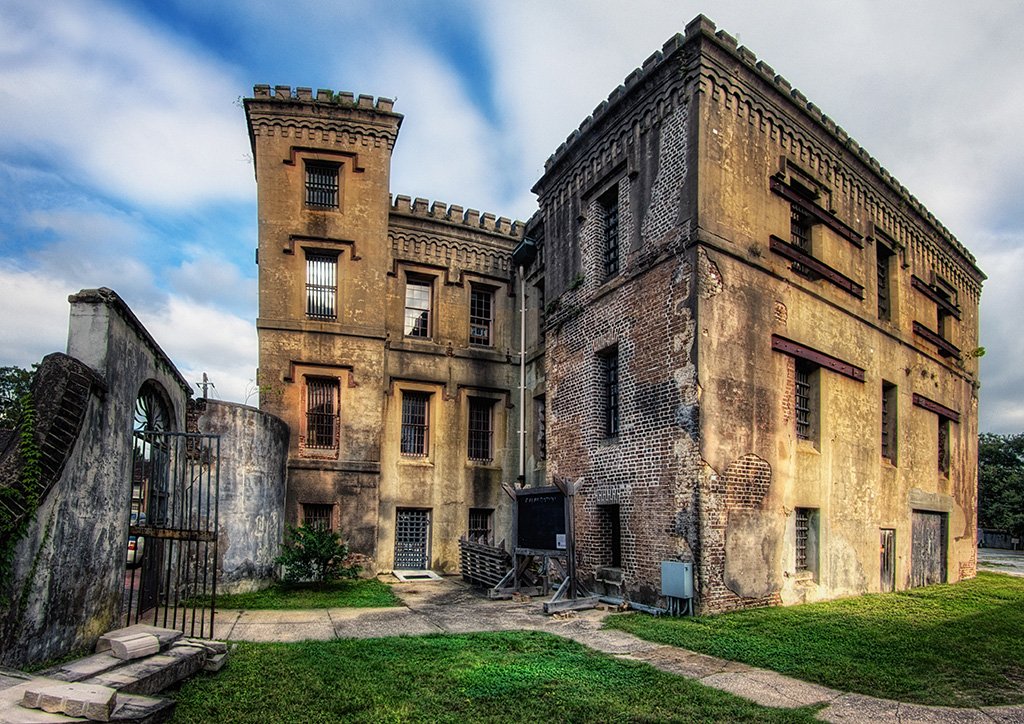 The Old Charleston Jail before the 1886 earthquake that caused the octagonal wing and fourth floor of the jail to be damaged and then removed. 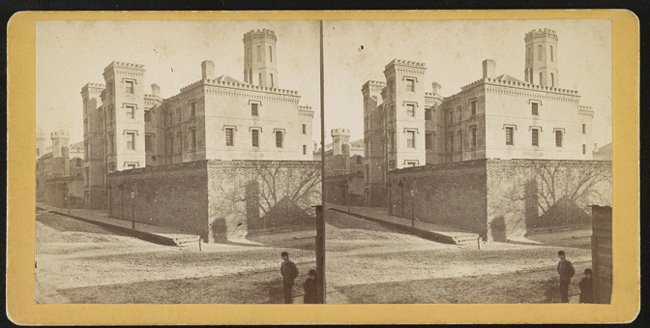 An old wheelchair dated back in the 1820s 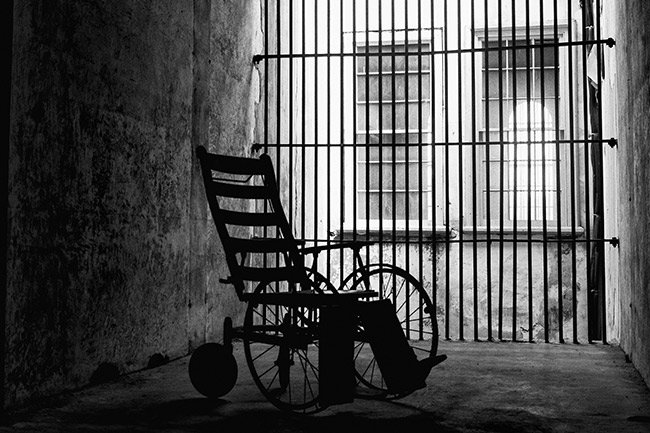 Although the gallows were dismantled after the hanging of Daniel Duncan, this was a representation of where the gallows originally were. 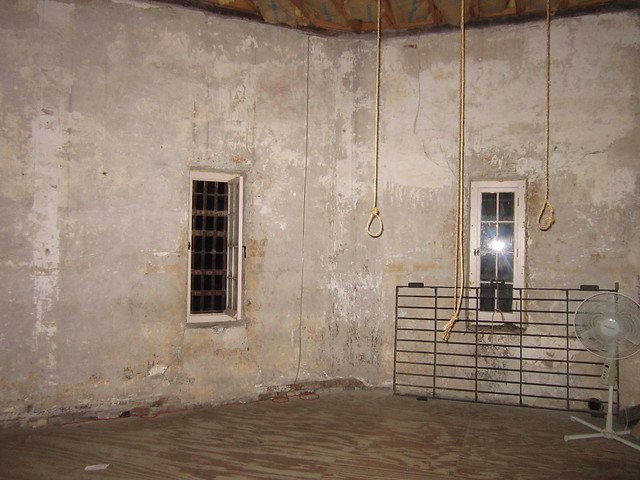 A photo captured of an open rusted cell door by a staircase of what appears to be the ghost of Lavinia Fisher. 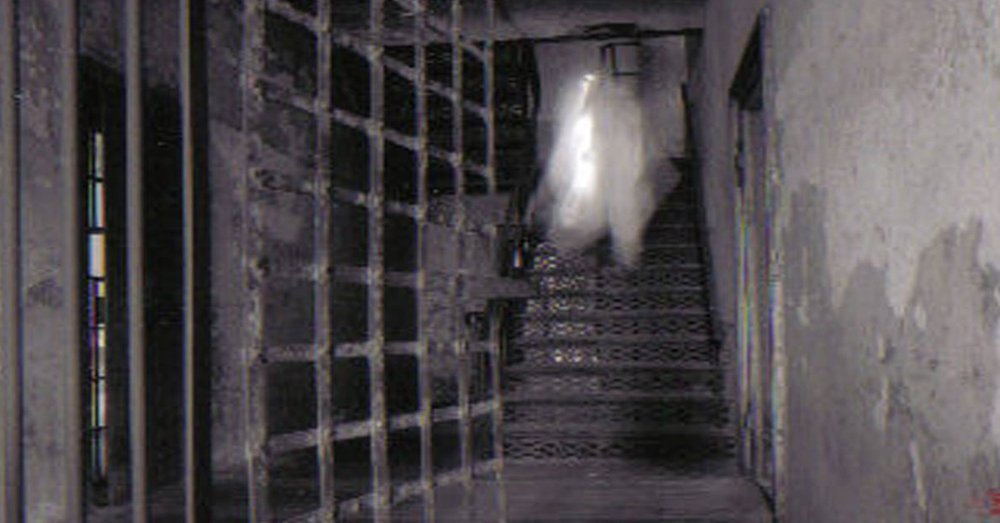 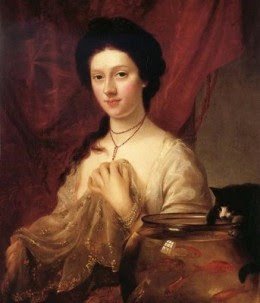 The Old Charleston Jail has had its history of having some of the most notorious prisoners in United States history. One of those notorious prisoners was a woman named Lavinia Fisher, who was labeled as the first female serial killer in American history and was the first woman in South Carolina to be given the death penalty. She was also involved in highway robbery. Lavinia and her husband John ran a hotel in Charleston called the Six Mile Wayfarer House where reports went out to the authorities that guests have been disappearing at the hotel, but no actions against the couple were taken because the Fishers were popular in Charleston. However, a man named John Steeples stayed at the hotel where he was invited to have a cup of tea, which he refused because he did not like tea. When Lavinia left the room, John dumped the tea out and when Lavinia came back, she said that they had a vacant room available for John to stay. Instead of sleeping in the bed, he decided to sleep in a chair. During the middle of the night, John woke up to the sound of the bed collapsing through the floor. Once Peebles saw what the Fishers had planned, he jumped out of his room's window and went to the authorities to arrest the Fishers. The Fisher's plan was to allow male guests to stay at the hotel where Lavinia would invite them for tea, which was laced with oleander leaves. After the victims were poisoned, they would either rob them or stab the men and John would bury the bodies in a pit. After serving time in the jail for a year, the Fishers were sent to the gallows to be hanged on February 18, 1820. Legend has it that Lavinia Fisher's last words were "if anyone has a message for the devil, tell me and I'll deliver it myself". People who have been to the jail for ghost tours believed that her ghost haunts the jail.

Other prisoners included pirates, abolitionists, Union and Confederate soldiers, thieves, murderers, and others were imprisoned in the jail. A pirate named Jacque Alexander Tardy, also known as Tardy the Pirate, had an interest in poison and had a penchant of poisoning those who he had problems with. Another prisoner named Denmark Vesey, a freed slave who started a slave rebellion, was tried and hanged along with 35 other Blacks. During the Civil War, Union soldiers from the 54th Massachusetts Regiment were held as prisoners of war. The movie Glory is based on the story of the regiment.

In 1911, a murderer named Daniel Duncan was the last prisoner to be hanged by the gallows until they were later dismantled. In the 1930s, the jail was in its decline and the city of Charleston wanted to build new low income apartment buildings across from the jail. After its decommission in 1939, the jail was bought by the Housing Authority of Charleston, but was left abandoned until it was bought by the American College of the Building Arts in 2000.

Last updated by Joe Johnson (Instructed by Timothy Vanderburg, Gardner-Webb University) on May 2nd 2019, 11:47:30 am.