Built in 1895, the James S. Lakin House takes its name from its builder and original owner. Lakin was a prominent businessman in Terra Alta, WV. He would go on to hold a variety of business and political, appointments, even running for Congress, though he narrowly lost the election. The home was added to the National Register of Historic Places in 1996. 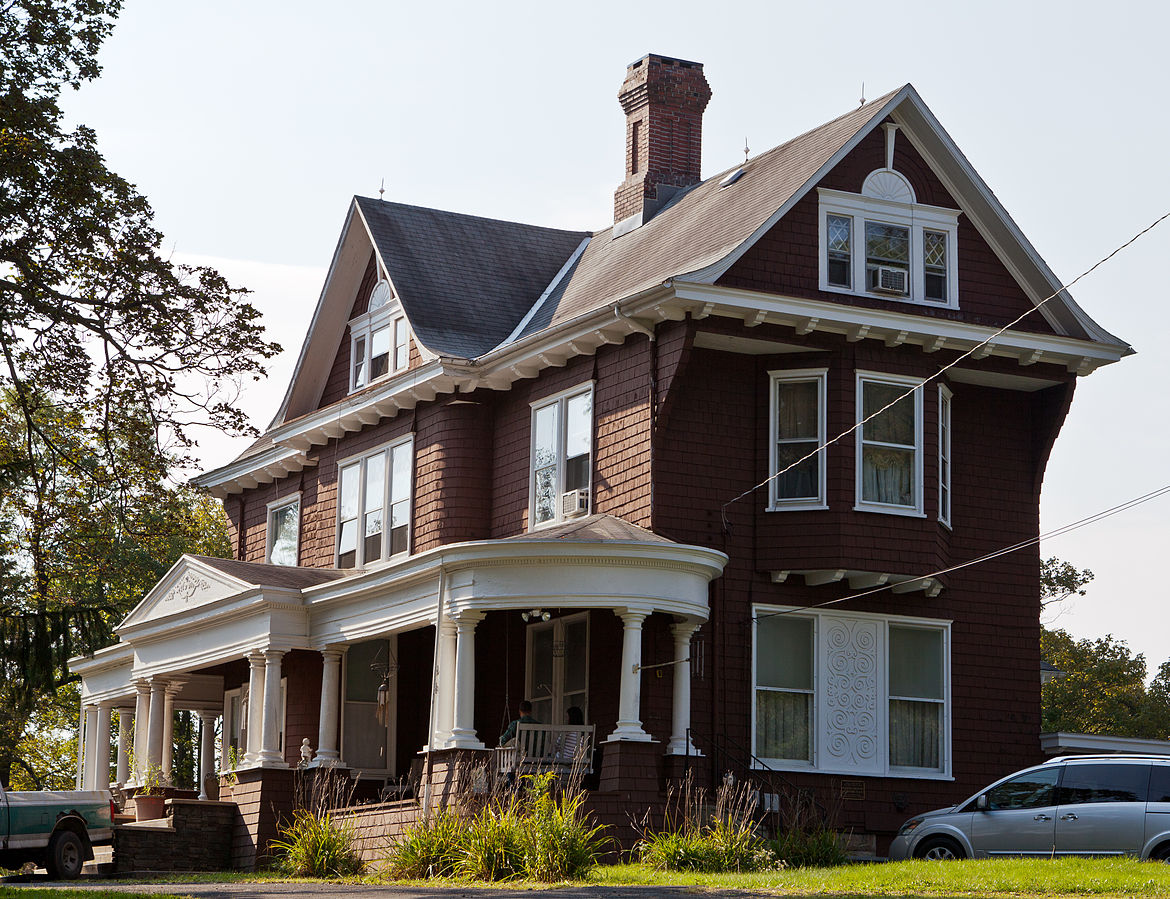 Built by its original owner and namesake in 1895, the James S. Lakin House stands on the corner of South Main St. and Aurora Pike in Terra Alta, WV. There have been few alterations to the home over the years, the most notable of those being the addition of the garage and updating the building's mechanics and roof. Other features that once stood on the property have been lost, including several trees, a tennis court, and windmill that pulled water from the well. The home remains an example of the Colonial Revival style which was born of the Queen Anne style.
James S. Lakin was a wealthy businessman in the area and was originally from Moundsville, WV, where he was born in 1864. Lakin's father was a Methodist reverend and relocated his family to serve at the Methodist Church in the Oakland, MD area, near Terra Alta. Lakin earned higher education degrees at both the Fairmont Normal Schoool and Ohio Wesleyan University. After completing his formal studies, Lakin received informal business training from D.E. Offutt. The two became partners in 1889, forming the Offutt-Lakin Company which ran a department store. The company eventually became involved in sawmills, lumbering, and other aspects of the wood industry.
The B&O Railroad had reached the area in 1852, placing the town of Terra Alta, what was then called Cranberry Summitt, at an intersection of several major transportation routes. This made the town a commercial center for many years and helped foster the success of local commercial ventures like the Offutt-Lakin department store and lumber products. Lakin's success as a businessman is evident in the historical record. He was able to earn membership  on the board of Terra Alta Bank, the oldest back in Preston County. Lakin also served as the First National Bank of Terra Alta's first president from 1903 to 1907.
In addition to being an active member of the business community in the region, Lakin served as First Lieutenant of the West Virginia National Gaurd. In 1899 he and Captain Buckner F. Scott formed Company "M" of the Gaurd which they led themselves. As an active member of the Republican party, Lakin served on the Republican Executive Committee of Preston County, the State Republican Committee, and was a representative for West Virginia at the Republican National Convention. In 1905 Lakin was a congressional candidate, though he was narrowly beaten by his opponent. Lakin was a public servant, taking on appointed roles in the Public Service Commission and the State Board of Control.
The building was added to the National Register of Historic Places in 1996. The home qualifies for both its architectural style and connection to Lakin.