Beginning in the 1950s, members of both the Pioneer Texas Heritage Committee and the Tarrant County Historical Society came together to preserve the log cabin structures that were prevalent in the Texas landscape throughout the 1800s. The goal was not only to preserve the physical structures but the history that was associated with them. From the 1950s to the early 1960s these organizations restored six log cabins and relocated them to the same site in western Fort Worth, creating a village that provides an opportunity for visitors to learn more about the culture and history of pioneer life in Texas. 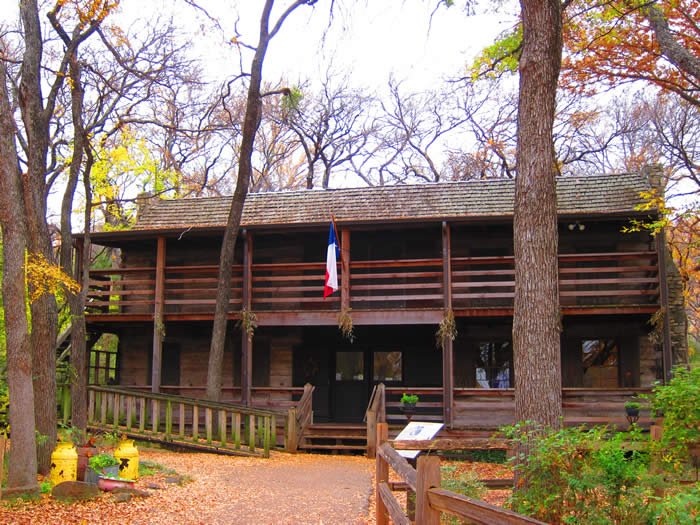 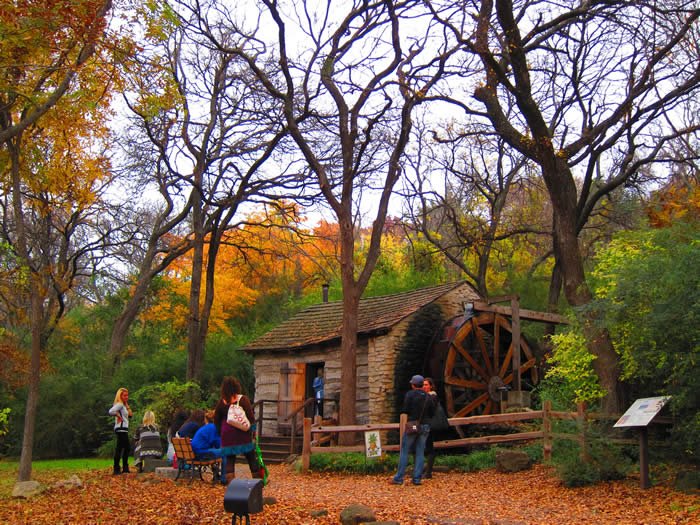 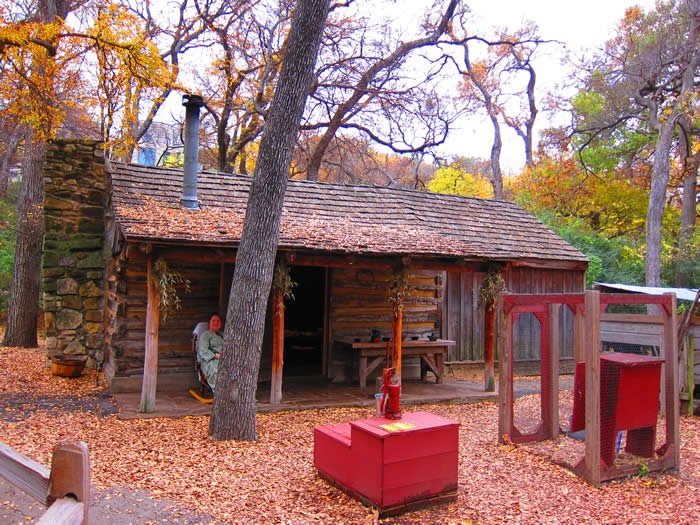 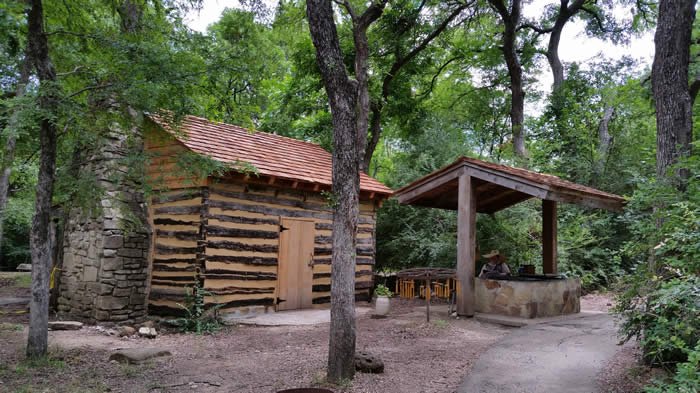 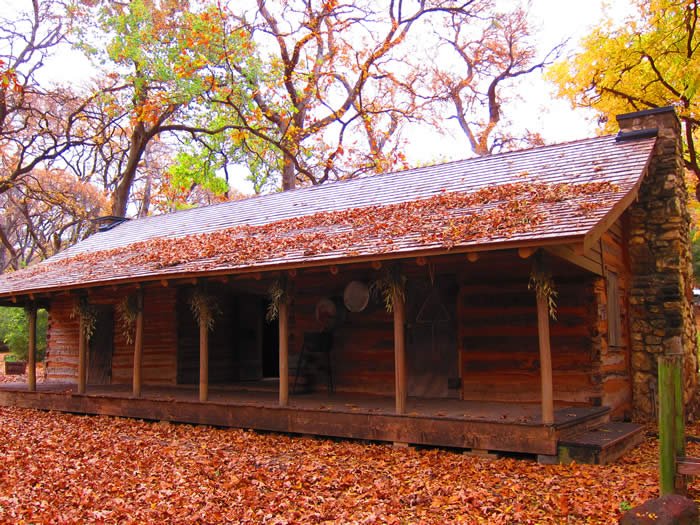 This site originated when Fred R. Cotton, former president of Texas State Historical society, felt that the inevitable disappearance of the many log cabins that dated back to the 1800s might result in the loss of a crucial part of American history. Cotten felt that the best way to preserve the history and the way of life of the pioneers was to restore the homes they lived in. His Initial proposal, that each town would restore and preserve the log cabins that still stood, proved unfeasible and instead it was agreed that the larger city of Fort Worth would be an ideal spot to relocate the six cabins. Various citizens of Fort Worth were invited to join the Pioneer Texas Heritage Committee. Notable members of this committee included W. A. Schmid as the chairman and the head of financial contribution, Thomas E. Stanley as the restoration architect, Herbert J. Foster and Sam B. Cantey contributing financial support and finally Fred R. Cotton serving as a historian as well as a Technical consultant.4

The six log cabins that were selected for this project varied in their design and construction which serves to depict the many differences between log cabins during the period in which they were built while providing visitors of the museum a diverse range of exhibits. Built in 1854, the T.J Shaw cabin was a windowless, one room cabin with a dirt floor. The Isaac Seela cabin was built during the 1860s after its builder met with a tribe of Caddo Indians in an effort to choose the best possible site for his home.1 The John Thompkins cabin was built in 1853 and had both windows and a fireplace. The William Pickard cabin is a story and-a-half home  built in 1855 while the Issac Parker was a double-logged cabin constructed in 1848. Finally, in 1853  the Harry A. Foster home was build and stood two stories tall, representing the peak level construction for log cabins of the time.4 Together these cabins give visitors the opportunity to see the many differences in construction for these types of homes.

In spring of 1958, while the cabins were being chosen, W.A. Schimid proposed the idea to the Fort Worth City Council and received approval. The project came under the direction of the parks department for the selection of the site’s location and eventually settling on the sites current location in Forest Park. After deciding which cabins would be included, each one was carefully dismantled, numbered, and loaded onto a truck by the Fort Worth Junior Chamber of Commerce. They were then placed on concrete slabs at Forest Park by 1959, with the first cabin to arrive being the Tomkins cabin.2 when the rest of the cabins had finally arrived and were successfully placed on their new concrete foundations the total cost was upwards of $100,000. After the cabins were successfully relocated, the project's productivity went into a bit of a decline and after complaints of the state of the site by residents of nearby neighborhoods, a new team was assembled to continue work on the project.4

The new team kicked off their plans to finish the project by raising $10,000 with the help of several white elephant sales open to the community.3 In an effort to bring the cabins to life, the committee appointed Mary Louise Rogers as chairman of the cabin furnishings committee so that each cabin could be filled with appropriately aged furnishings which in their own right deserved to be preserved.4

On September 23, 1965 the Fort Worth Park and Recreation Board voted to assume responsibility of the village and would operate it as a public park. In order to maintain operation costs, an admission fee of 25 cents for adults and 10 cents for children4 while today the price is $5.50 for adults and $5 for children.1 Finally in April, 1966, the log cabin village was opened to the public with some unique opening day activities including a pioneer living take on the ribbon cutting ceremony that involved the Chairman of the Park and Recreation board chopping through a log with an axe.5 Since then the Village has been visited and enjoyed by many people from all over the country who seek a unique and interesting spot to learn more about Texas frontier living.