Home to the second oldest Lutheran congregation in the state, Saint Paul's Evangelical Lutheran Church is one of Fort Wayne's most recognizable landmarks. It was built in 1889 and is one of the best examples of Gothic architecture in northern Indiana. For this reason, coupled with its association with the congregation, the church was added to the National Register of Historic Places in 1982. Its most prominent feature, the tower, reaches a height of 214 feet. The church also features vaulted ceilings and stained glass windows. The congregation itself was founded in 1837 and was one of the first of The Lutheran Church-Missouri Synod. The congregation has owned this site since 1839 and built its original church at that time.

Saint Paul's Evangelical Lutheran Church was built in 1889 and is one of the city's iconic landmarks. 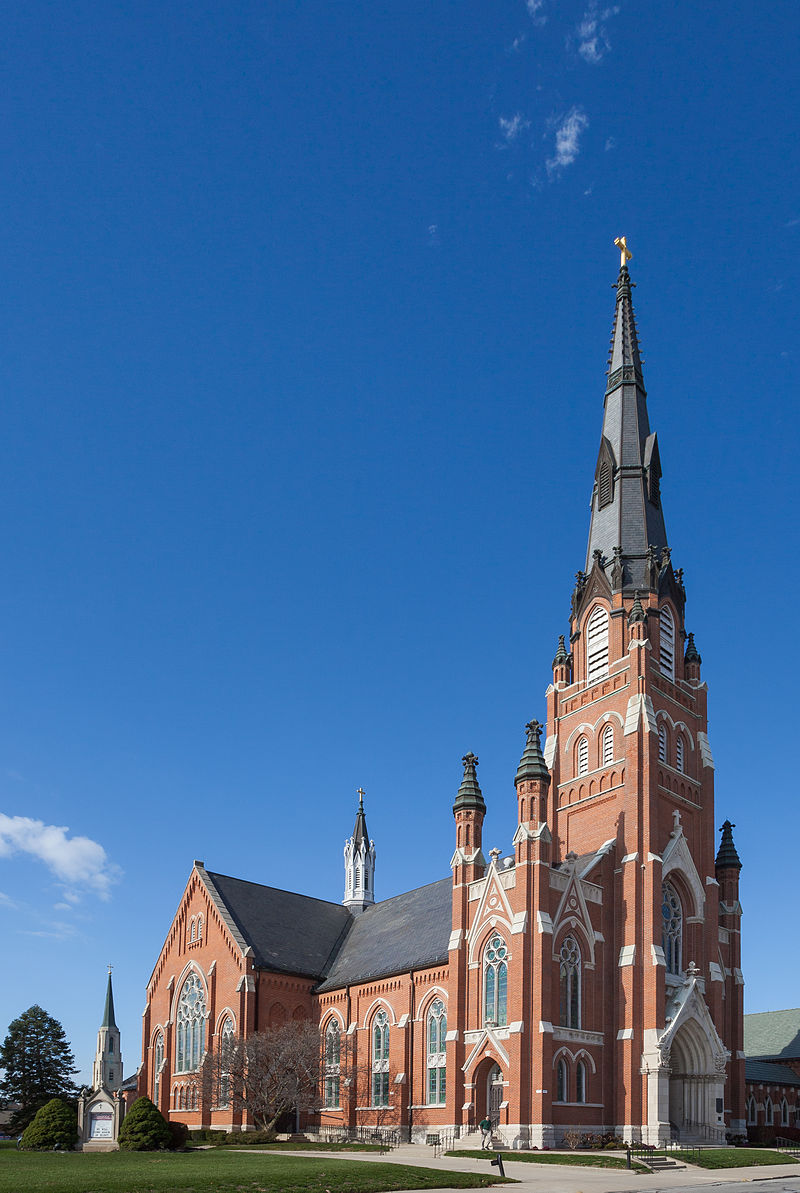 This short walk through Fort Wayne begins at the site of the original fort which was constructed in 1815. After touring the replica of Fort Wayne, residents and visitors will be led to the John Brown Stone Warehouse, Fort Wayne's oldest commercial building. The tour continues on to the Allen County Courthouse and other landmarks such as the statue of Major General Anthony Wayne, the McCulloch-Weatherhogg Double House, Freemasons Hall, and the Cathedral of the Immaculate Conception. The tour also includes several museums such as the History Center in the former City Hall building and the African/African American Historical Society Museum. Be sure to also visit the Firefighters Museum a few blocks west of this tour and Baker Street Station.