The historic William Post Mansion and Inn was built in the 1860s by the Bastable family, an influential family in this part of Virginia at that time who were known for their wealth and lavish lifestyle. William Post, a leading business owner, and one-term state senator acquired the property in 1890. Post had the mansion renovated and made many additions to the property, including its signature tower. The building's blend of Neo-Classical Revival and Gothic styles make it a unique structure architecturally. The property was added to the National Register of Historic Places in the early 1990s after it had been converted to a bed and breakfast. As of the spring of 2019, the property is privately owned. 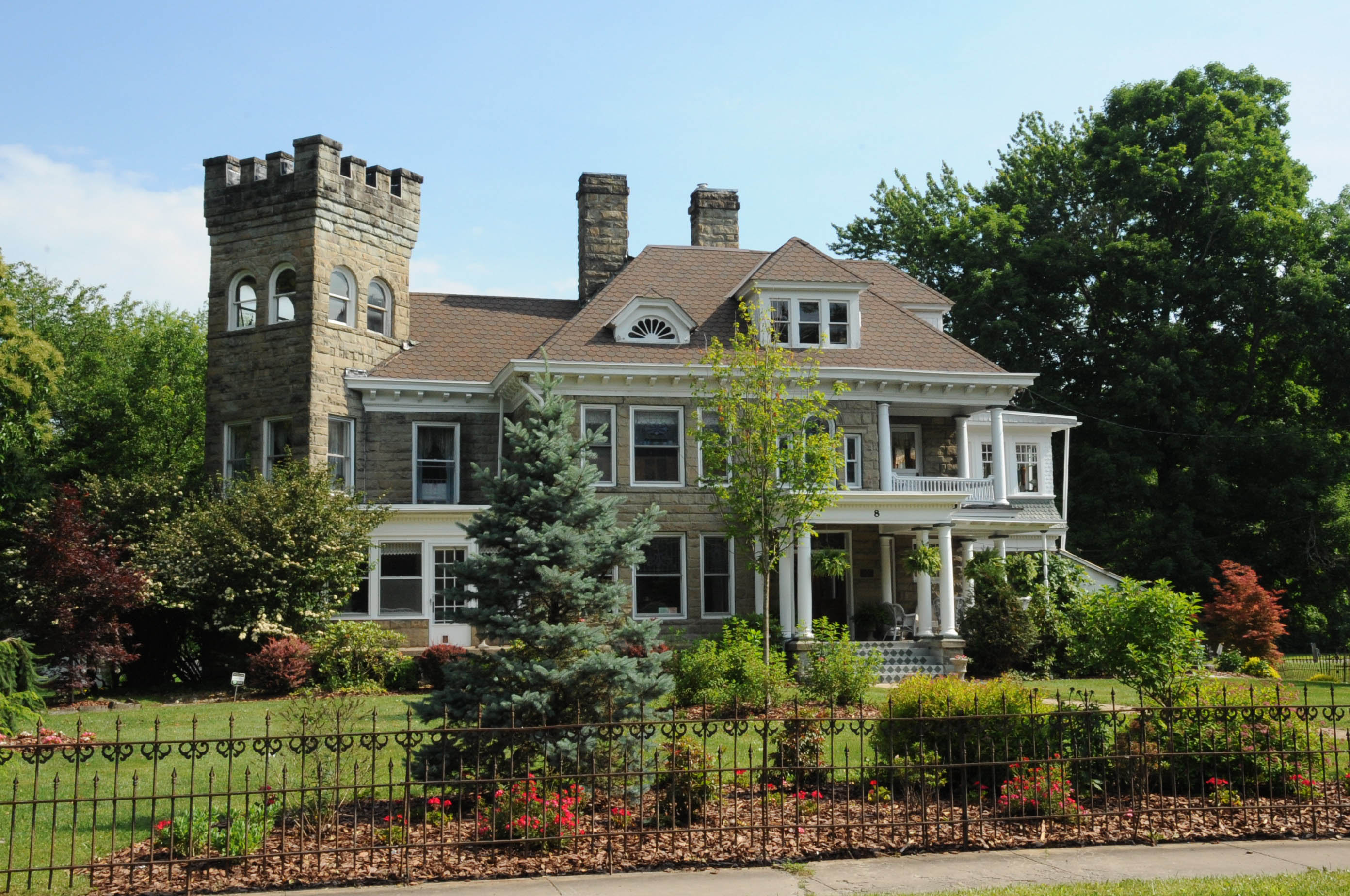 The William Post Mansion was built in the 1860s by the Bastable family. The Bastables were a prominent local family known for their over-the-top, lavish lifestyle which the mansion exemplified. For a brief period, the home was owned by another local businessman, S. B. Phillips before it was purchased by its namesake, William Post, in 1891. Post hired Draper Hughes to update and remodel the home. The resulting architectural style blends Neo-Classical Revival with Gothic elements. Stone veneer covers much of the original structure and a stone tower was added to the southwestern corner of the property. The Post family owned the mansion from 1891 to 1991, except for a short period after the family filed bankruptcy in the 1930s.

William Post was a powerful businessman and politician in Upshur County. He owned over 1500 acres of land in the Buckhannon area and had other properties scattered across the county. Post also served as the president for the Traders National Bank of Buckhannon. In 1907, Post served as a state senator after the death of Senator William Damaron Talbott. Post served the remainder of Talbott's term but chose not to run for reelection.

In 1991, Marion Rebecca Post Johnston sold the property to Juanita Reger. The property had fallen into disrepair, but Reger renovated the mansion and restored the interior to a pre-twentieth century style. Just a year later, Reger opened the mansion as a bed and breakfast known as the Post Manion Inn. However, the Inn is no longer in business as of 2019. During Reger's ownership, the property was added to the National Register of Historic Places.