At 175 acres in size, Lindenwood Cemetery is one of Indiana's largest cemeteries. It was established in 1859 and opened to the public the following year. Two Englishmen, Hugh McCullough and John Doswell platted and designed it. Over 72,000 individuals are buried here including nearly all of the city's founding fathers. These include Samuel Hanna (1797-1866), who traded with Indians and was an early land speculator, promoting the construction of roads, canals, and railroads; civil engineer Jesse Williams (1807-1886), who designed the route for the Union Pacific Railroad through the Rocky Mountains; and pilots Paul Frank Baer (1893-1930), who was the country's first World War I ace, and Arthur R. "Art" Smith (1890-1926), who helped developed skywriting. The cemetery is parklike, which was a departure from traditional cemeteries that had walls, fences, hedges or anything else that would detract from the natural setting. It was added to the National Register of Historic Places in 1978. A Romanesque Revival chapel built in 1895 still exists and the main entrance features an iron gate built in 1884.

Lindenwood Cemetery was founded in 1859 and was designed to be a park-like setting. This chapel was built in 1895. 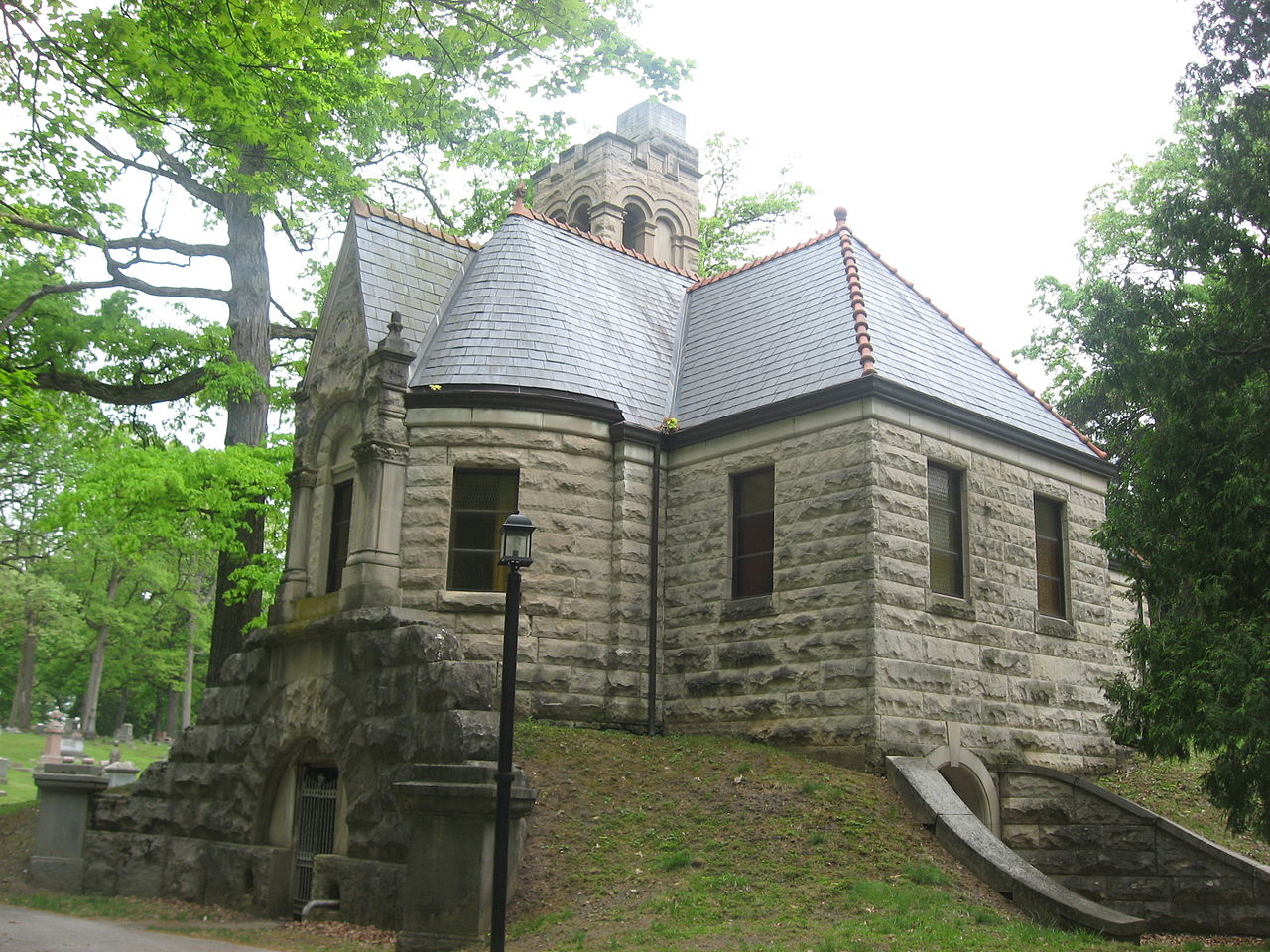