This historical marker shares the story of Camp Murphy, a training site used by the U.S. Army Signal Corps to train new radar technicians during World War II. The program at Camp Murphy was kept a secret from the public to prevent information about this program from spreading to any enemy of the United States. Like many other World War II-era training facilities, Camp Murphy became public land and 1950 and is now the location of Johnathan Dickerson State Park. 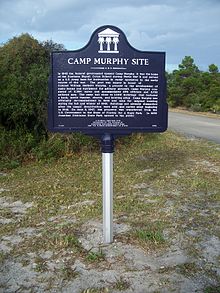 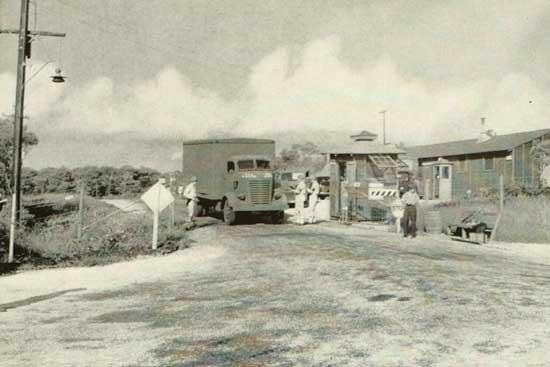 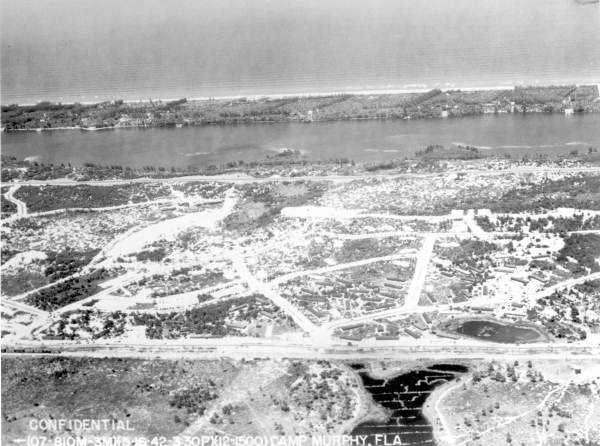 Camp Murphy was a training installation during World War II in Martin County, Florida named after U.S. Army Colonel William Herbert Murphy, a pioneer in the radar research field. Camp Murphy served as a top-secret radar training school. The radar training program was established by the 801stSignal Training Regiment. The War Department believed that this was a perfect place for the Signal Corps to open a new radar technician training area because of the relative isolation and good year-round weather. The military believed that the dense forest that surrounded the area would reduce the likelihood of the activities within the camp from being discovered.

The government quietly acquired the land from the previous landowners and Camp Murphy’s construction began in March of 1942. The soldiers lived in hastily-constructed barracks as the camp opened in less than three months on an 8,000-acre plot of land that was located between U.S Highway 1 and the Florida East Coast Railway. All the 1,000 buildings on Camp Murphy were painted a dull green color to help them blend in, including its power plants, church, and theater. Camp Murphy grew to include a post office, library and bowling alley. All of those who worked or trained at Camp Murphy was sworn to secrecy when they were out in the public and off of the campgrounds.

At the end of 1944, the camp had served its purpose and was shut down by the Army Signal Corps. The camp’s equipment was disassembled and moved to Fort Monmouth in New Jersey or Camp Crowder in Missouri and the rest of the structures on the property were turned over to the U.S. War Assets Administration. In 1946, state officials proposed the idea of using the area as a new tuberculosis sanatorium, also proposed by Senator George Smathers, the area would be turned into the Airforce’s new military academy, though both ideas fell through. In 1950, Camp Murphy ended up becoming a state park. It was called Jonathan Dickinson State Park, named after a man who was shipwrecked in the area with his family, in 1696.