Merrifield Hall, or the New Liberal Arts building, began construction in 1927 and was dedicated on Founder’s Day in 1930. It was designed in the Collegiate Gothic style by Joseph Bell DeRemer, a famous North Dakota architect. DeRemer also designed the campus’s Budge Hall, Babcock Hall, the Oxford House, and the state capitol building. Since its dedication, Merrifield Hall has been the home of the Liberal Arts departments.

Merrifield Hall in the winter of 1929. 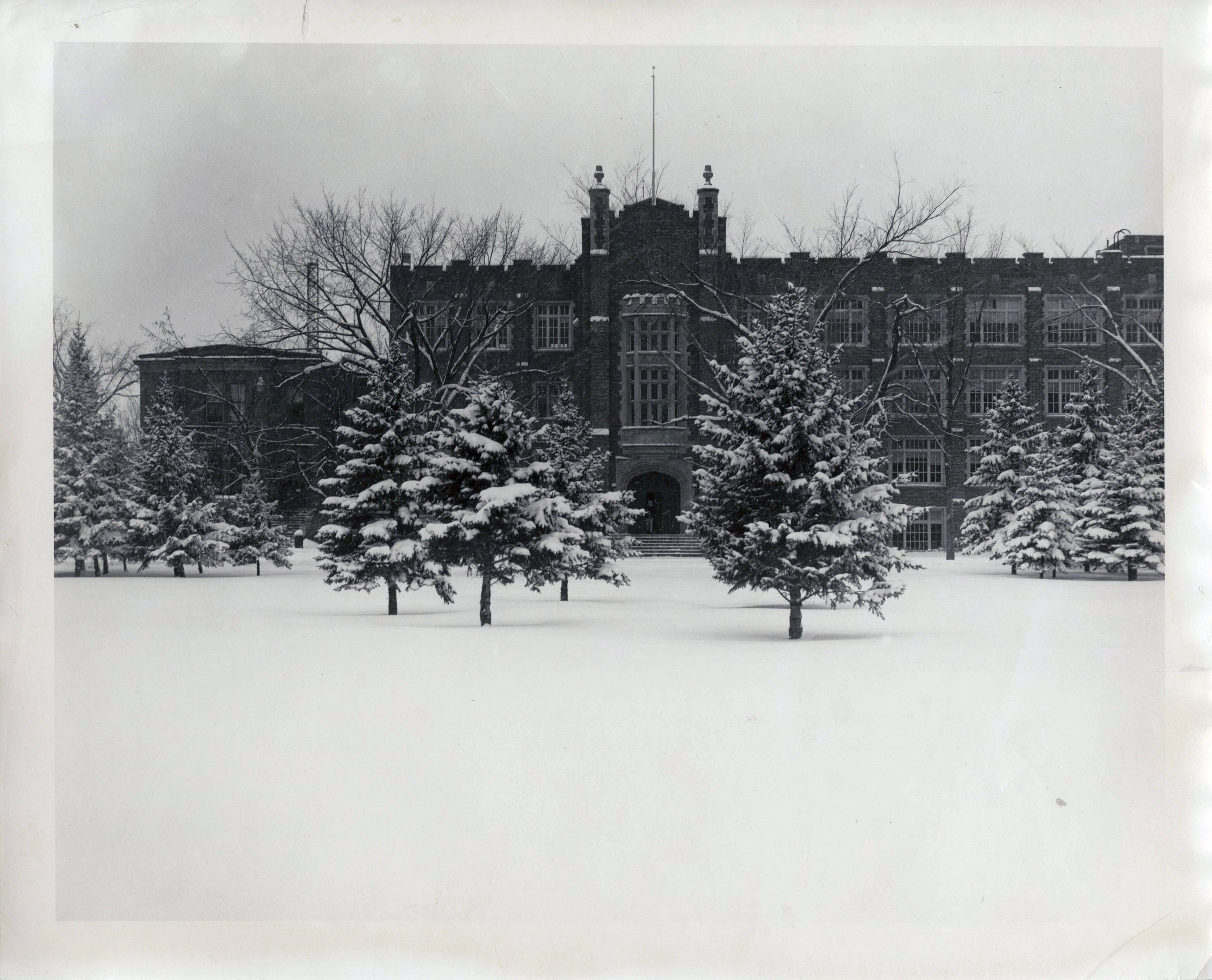 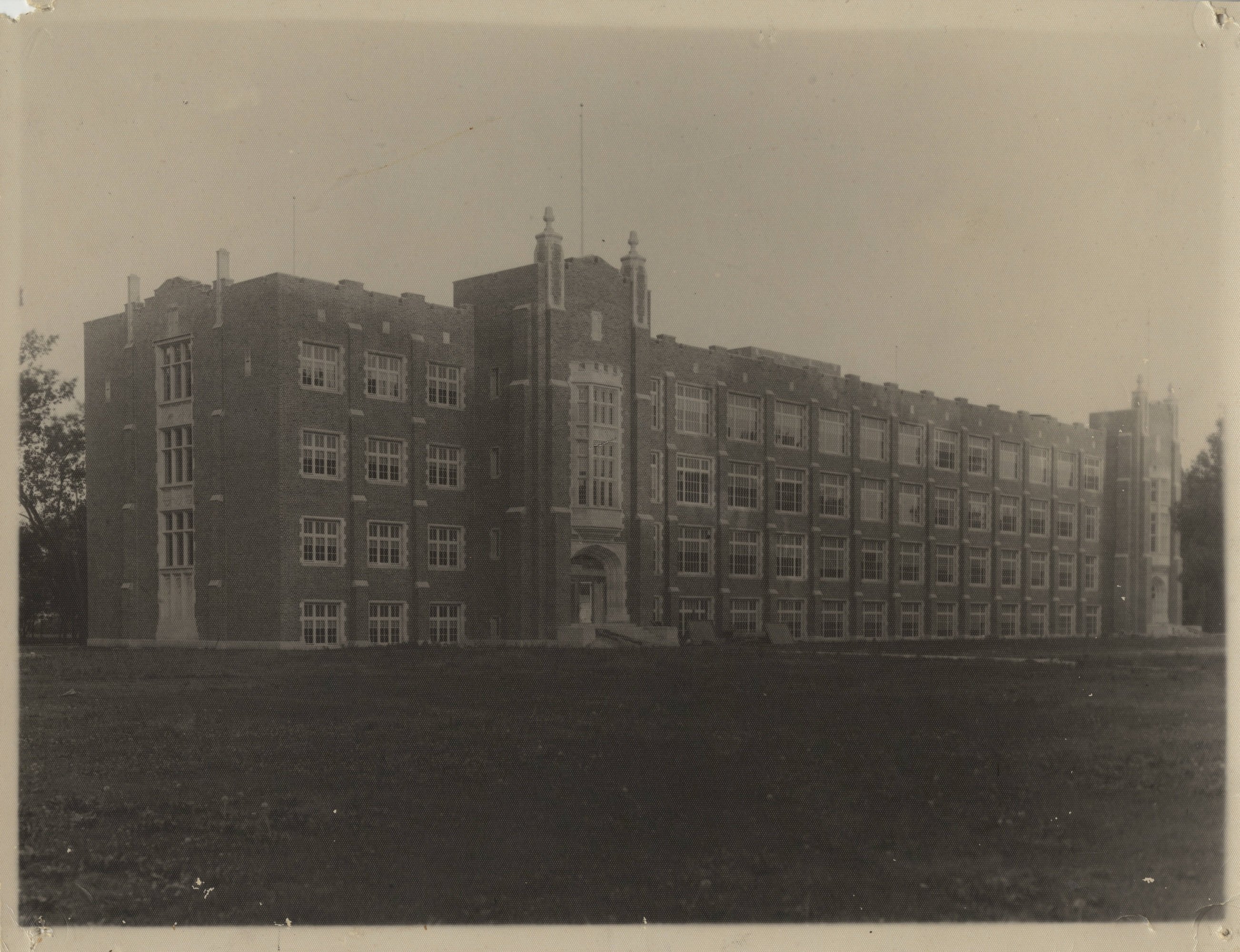 Merrifield Hall with boarded up windows and doors prior to finishing construction. 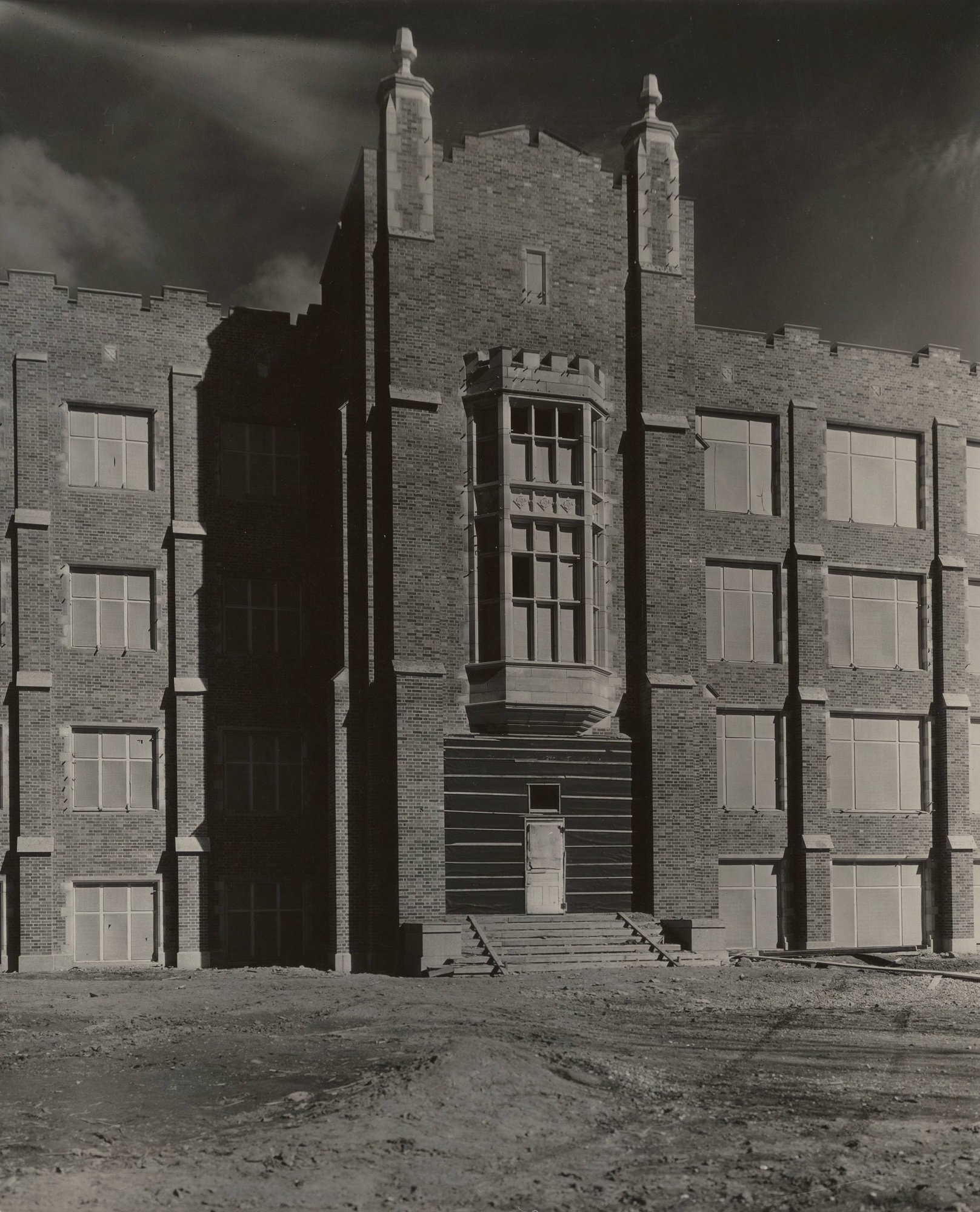 Merrifield Hall was constructed to meet the needs of a University that had a rapidly growing student base, but also had rapidly deteriorating buildings and infrastructure. Previous buildings for the arts were inadequate and had little to no ventilation. Old Main, the previous home of much that was housed in Merrifield Hall, had deteriorating foundations due to the soft ground that it was built on. Thus, a new building was required.

Joseph Bell DeRemer was chosen as the architect for this building. He also designed the campus’s Budge Hall, Babcock Hall, the Oxford House, and the state capitol building. This was the last building constructed under the tenure of President Thomas Kane. The university faced some criticism from the public due to the deliberate overspending on construction of the building with the hopes that the state would offer up the money to finish the building.1 Interestingly enough, the building was actually used before it was open. In the 1928-29 school year, the building was intact, but without windows or doors. However, the need to use the space was so great that this building could not have been left idle. As the signature North Dakota winter weather rolled in, these openings were boarded up, and classes continued.

Merrifield has the unique distinction of being one of the first buildings to actually consider aesthetics in its construction, and to allow for some stylistic choices to be made. One of the defining features of the Collegiate Gothic style is the contrast between the light colored limestone that surrounds windows and doors with the brick surrounding them. Many subsequent UND buildings have attempted to emulate this style.2 Merrifield has some defining features that set it apart from other Collegiate Gothic buildings on campus. On the exterior doorways, one can find shield with depictions of the prairie rose, bison, sheaves of wheat (all symbols of the state of North Dakota), and the university motto Lux et Lex. On the inside, visitors can find gnomes in the upper corners of the stairwells, peering over books. These are a popular fixture of Gothic architecture, as well as other mythical creatures and gargoyles. The original porcelain water fountains and famed aviator Carl Ben Eielson’s arctic exploration coat are also present in the building.

Around the building, one can find Montgomery Hall to the north, the Chester Fritz Library to the northeast, the campus quad to the east, Twamley Hall to the south, and both the Burtness Theatre and Gamble Hall across the street to the west.