Writing from his cell at the former Birmingham City Jail (located on this corner until 2012) Martin Luther King, Jr. penned an open letter to local white clergymen that became one of the most important documents of the Civil Rights Movement. The letter was King's response to local white ministers who argued that King and other African Americans should be patient and wait for Southern whites to acknowledge their rights rather than participate in protests against segregation and other forms of discrimination. King wrote his response by hand while incarcerated at this spot on April 16, 1963. The letter was published in a newspaper on May 19, 1963 and soon republished throughout the nation as a powerful argument against those who claimed to support the goals but not the methods of the movement. The letter remains one of the most quoted documents in American history for its clear expression of King's perspective that nonviolent resistance to racism was justified in Birmingham and throughout the United States. 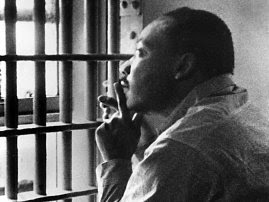 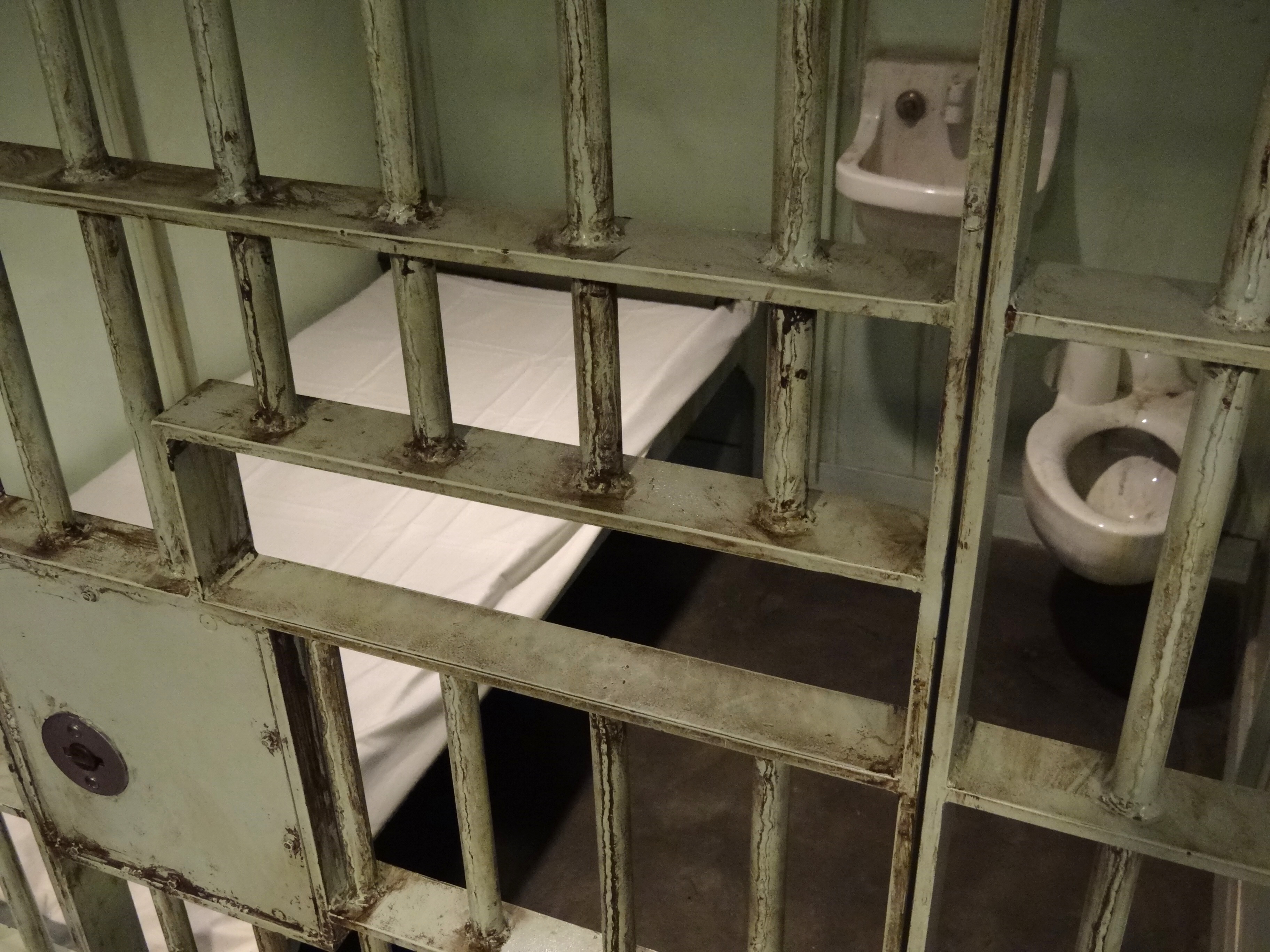 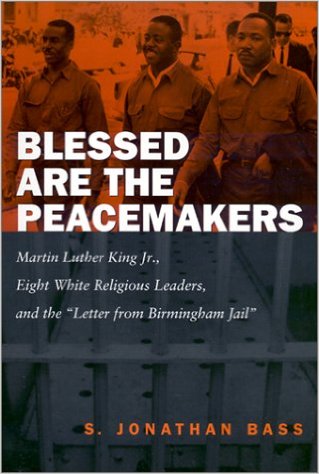 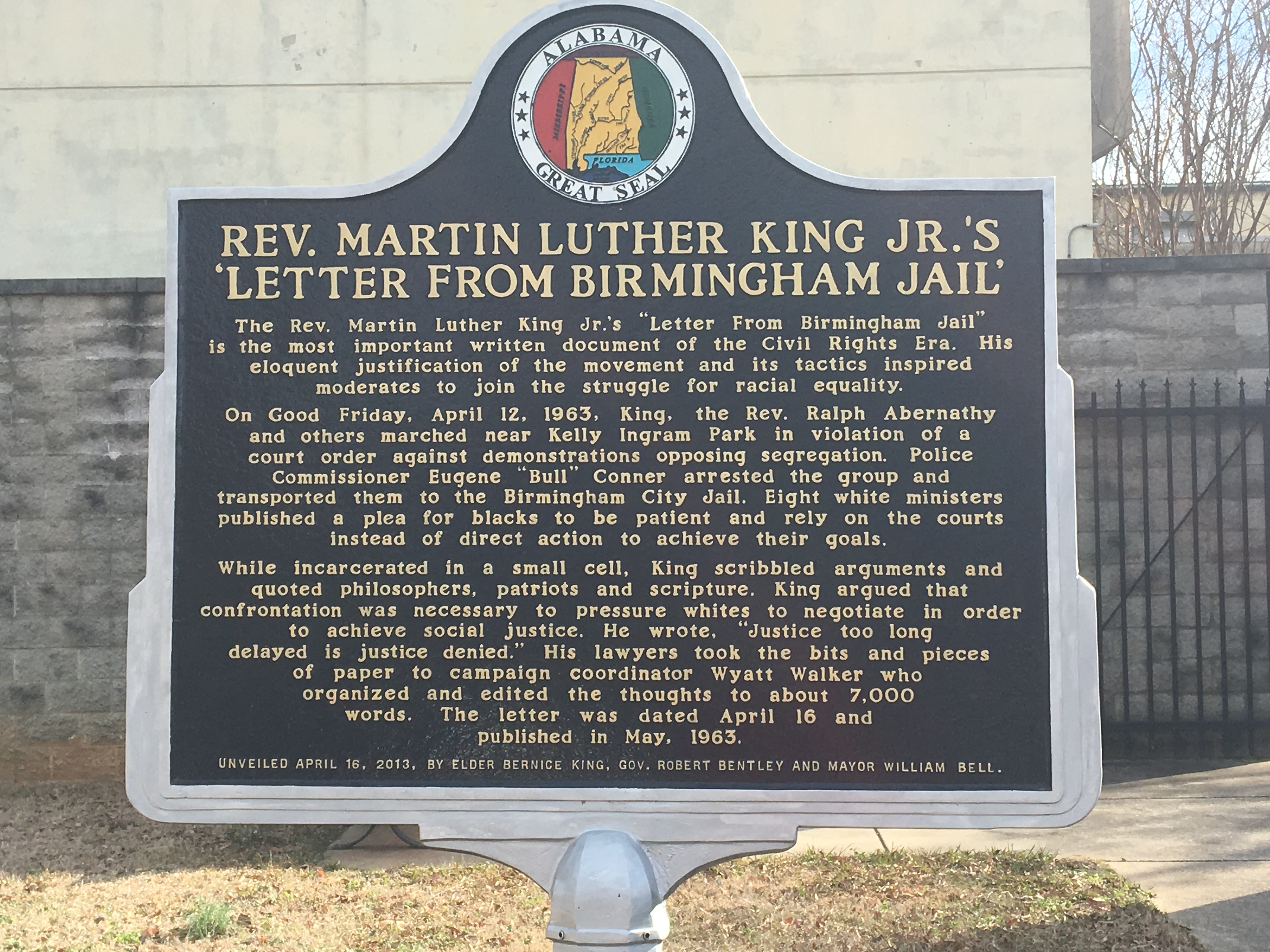 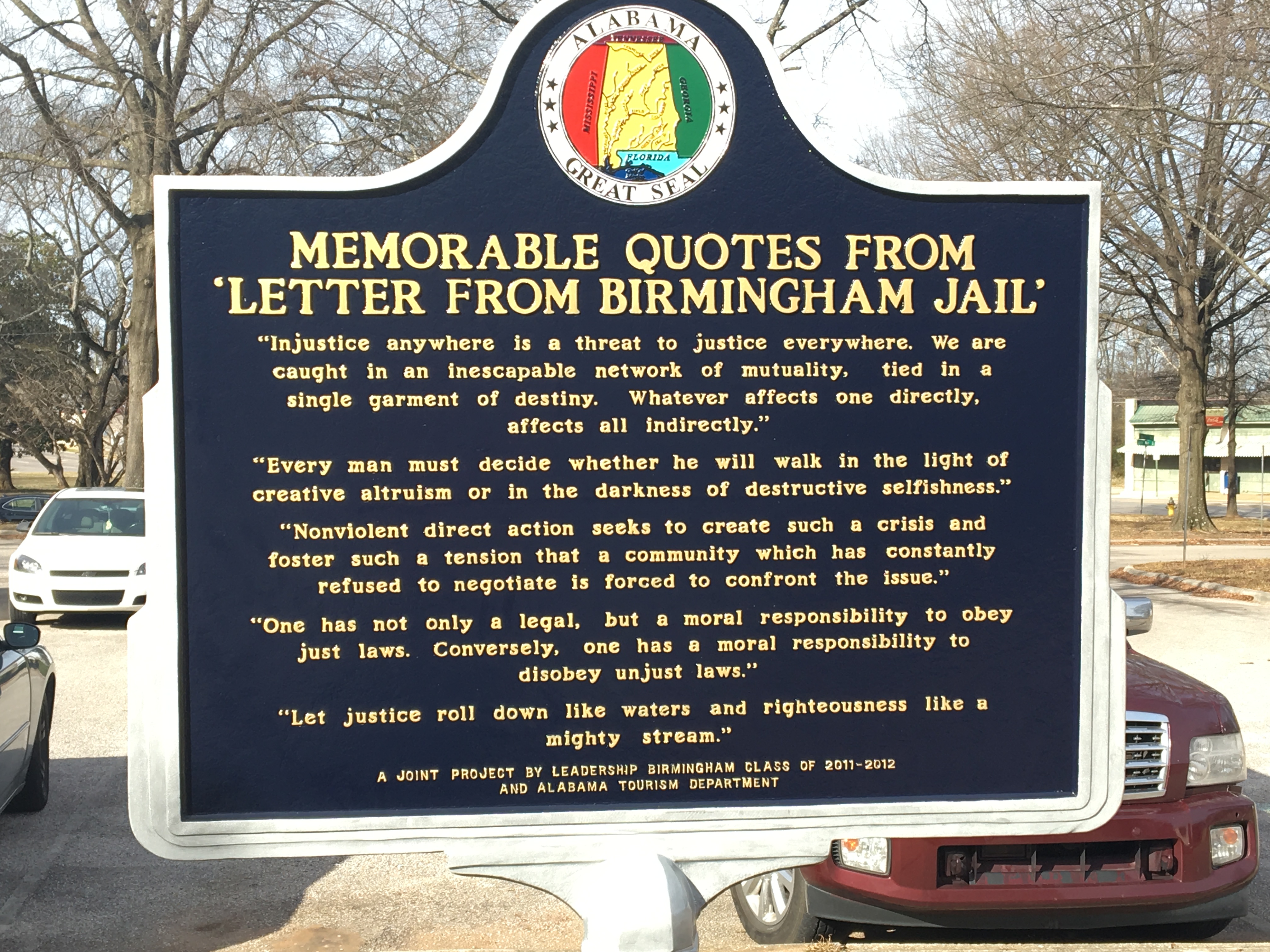 Working in coordination with the Southern Christian Leadership Convention and other civil rights groups, local activists launched a series of protests against segregated facilities throughout the city of Birmingham in April, 1963. Known collectively as the Birmingham Campaign, these activists organized marches and sit-ins along with other peaceful protests against racial segregation and other forms of discrimination.

In response, Birmingham Circuit Judge W. A. Jenkins issued an injunction against "parading, demonstrating, boycotting, trespassing, and picketing."1 Because King felt like this was an unjust law, he and other leaders of the campaign decided to disobey the ruling. Two days later, King was arrested with other leaders on Good Friday.

During his eight day imprisonment, King was treated harshly. However, somebody was able to smuggle in a newspaper for King to read containing "A Call for Unity".2 This statement, written by a group of eight white Alabama religious leaders, questioned wisdom of King's methods and the appropriateness of his use of direct action. Expressing solidarity with the goal of racial equality, the ministers concluded that King and his followers should use moral suasion and the electoral process to gradually move towards social justice.

After reading "A Call for Unity," King decided to respond even while he was still in jail. He began composing his ideas in a response until he had completed a 21-page letter addressed to the white ministers. King began by thanking the men for their statement of support while challenging them to consider the perspectives of African Americans. From this perspective, King argued, counseling patience was akin to supporting the segregationists. King argued that segregation laws were unjust. In the tradition of David Thoreau and other great American theorists, King argued that Americans had a moral obligation to disobey unjust laws. The imprisoned civil rights leader also gently but firmly reprimanded white moderates and white churches for not doing more to help African Americans in their efforts for equality.3